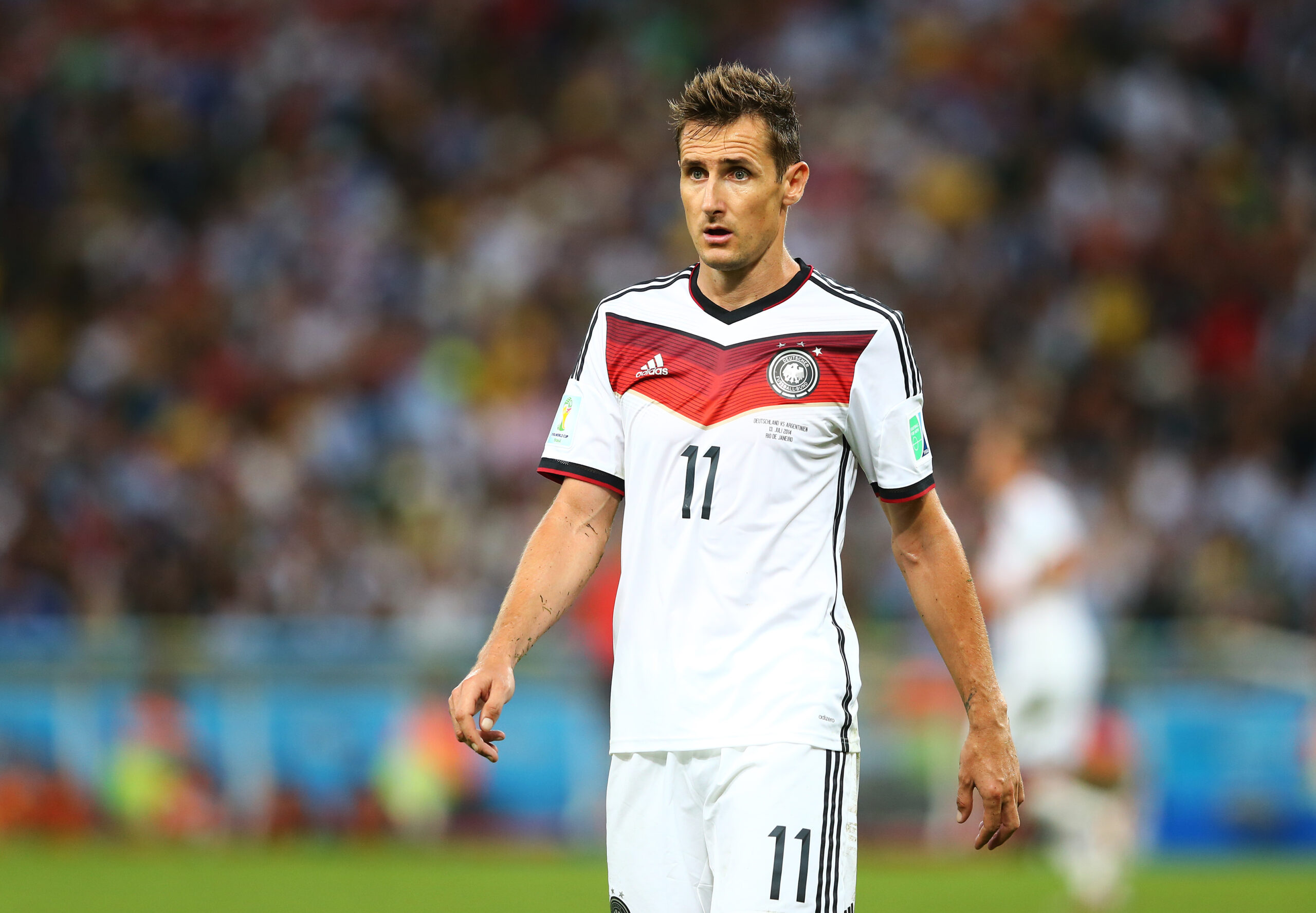 The list of World Cup all-time top scorers contains some of the greatest forward players ever to grace international football.

Germany are well represented in the top 10 list, while Brazilian stars have also historically fared well in the scoring stakes. Read on as we take a closer look.

The top 10 list of players with the most goals at World Cup tournaments is as follows:

Klose featured in four World Cup tournaments for Germany between 2002 and 2014, setting a record by becoming the first player to appear in four consecutive Cup semi-finals.

He scored his record-equalling 15th goal in a group game against Ghana in 2014, before setting a new mark with a goal against Brazil in the semi-finals.

Klose started the final against Argentina but was substituted in the 88th minute. Germany scored in extra time to clinch the trophy and give Klose his first winners’ medal.

Ronaldo was part of four Brazil World Cup squads from 1994 to 2006, although he only played in the final three tournaments.

His infamous health scare ahead of the 1998 final sparked a massive controversy, but he bounced back in style to help Brazil win their fifth World Cup title in 2002.

Ronaldo looked a shadow of his former self at the 2006 tournament but is still rightly remembered as one of the greatest players to play at the World Cup.

Muller scored 68 goals in 62 games for West Germany and was the country’s all-time leading scorer for almost 40 until Klose overtook him in 2014.

He bagged ten goals in the 1970 World Cup and followed up with another four as Germany claimed the trophy four years later.

Muller scored the winning goal against Netherlands in 1974, but quit international football following a row with the German Football Association at the post-tournament celebration.

Fontaine transferred his prolific form at club level onto the international stage, averaging more than a goal per game while representing France.

His tally included 13 goals in just six matches at the 1958 World Cup – a feat that included rattling four past defending champions West Germany.

Fontaine is one of just three players to hit double figures in a single World Cup tournament alongside Sandor Kocsis (1954) and Muller (1970).

Widely regarded as one of the greatest players of all time, it is no surprise to see Brazilian legend Pele feature in the upper reaches of this list.

Pele was directly responsible for more than half of Brazil’s goals in their 1970 success and was rightly awarded the Golden Ball for his efforts.