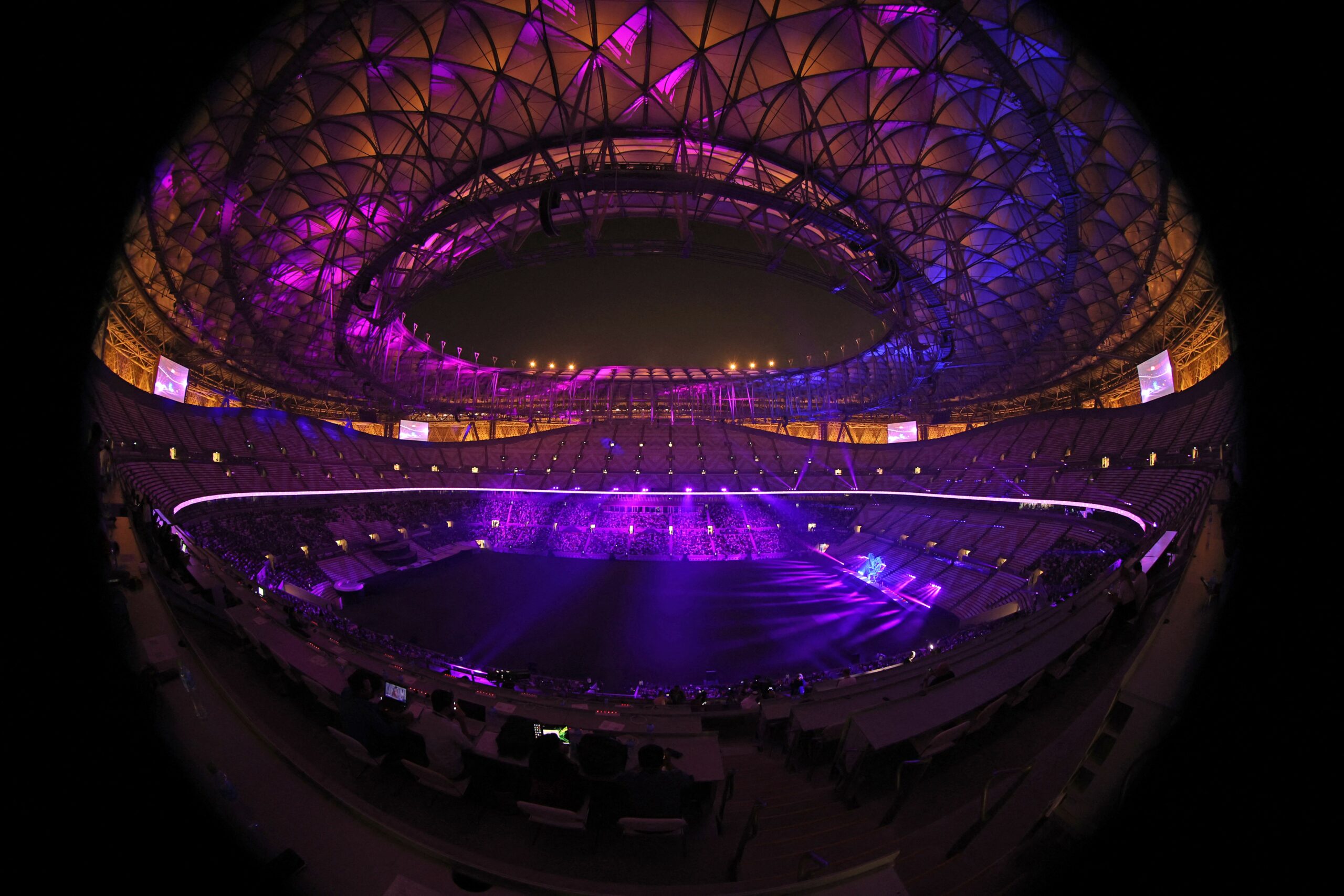 The 2022 World Cup in Qatar will be staged in eight stadiums located in five cities within a 21-mile radius of Doha.

The stadiums will employ cooling technology to ensure safe conditions for players and fans and have been built with sustainability in mind.

Read on as we take a closer look at the host cities, the stadiums and where to watch the group stage fixtures.

The five host cities for the 2022 World Cup in Qatar are as follows:

Eight stadiums will host the 32 teams during the opening phase, which gets underway at the Al Bayt Stadium in Al Khor on November 20.

The final takes place at the Lusail Iconic Stadium in Doha on December 18. Here is a look at the eight stadiums hosting the 2022 World Cup.

The 80,000-capacity Lusail Iconic Stadium is the standout venue for Qatar 2022 and features some intriguing fixtures during the opening phase.

It features cooling systems to help combat the local climate and draws power from a solar farm outside the city.

The stadium was finished in 2021 at an estimated cost of $767 million and will be the venue for this year’s World Cup final.

The Al Bayt Stadium in Al Khor will stage the opening ceremony and be the venue for the opening game between Qatar and Ecuador.

The 60,000-capacity ground took seven years to build and was finally opened last November in time for the FIFA Arab Cup.

The stadium, which resembles the tents historically used by nomadic people in the Gulf region, will host nine matches during the tournament.

The Education City Stadium in Al Rayyan is one of the world’s most environmentally sustainable stadiums.

It is located close to Qatar’s educational institutes, which will continue to use the venue after the tournament ends.

The 45,320-capacity venue has been subject to controversy regarding the treatment and status of migrant workers employed at the construction sites.

The name Stadium 974 refers to the number of shipping containers used in the venue’s construction and Qatar’s international dialling code.

The 40,000-capacity ground is located on the shore around Doha’s West Bay skyline and will be completely dismantled at the end of the tournament.

It is the first-ever stadium used for a World Cup which has been specifically designed to be taken down afterwards.

First built in 1976, the 45,416-capacity Khalifa International Stadium has undergone several renovations since it was first opened.

The current incarnation was finished in May 2017 and is now part of the impressive Doha Sports City complex.

The stadium, which houses the 3-2-1 Qatar Olympic and Sports Museum, is the national football team’s home ground.

The Ahmad bin Ali Stadium in Al Rayyan is built on the site of a ground that was demolished in 2015 to make way for a larger venue.

The new stadium is located on the edge of the desert and was designed to mirror aspects of the local culture and traditions.

The design reflects the undulations of sand dunes, while geometric patterns showcase the beauty of the desert along with native flora and fauna.

The Al Thumama Stadium in Doha boasts an eye-catching design based on the gahfiya – the traditional woven cap worn by males all across the Arab world.

The stadium has a capacity of 40,000 seats, half of which will be removed and donated to other countries at the end of the tournament.

The ground hosted six matches during the 2021 FIFA Arab Cup, including a semi-final match between Qatar and Algeria.

The Al-Janoub Stadium in Al-Wakrah features a retractable roof, which helps to control temperatures inside the venue when games are played.

The roof was inspired by the sails of traditional Dhow boats, used by pearl divers as they navigated through currents of the Persian Gulf.

To view the 2022 World Cup draw, please click the hyperlink.