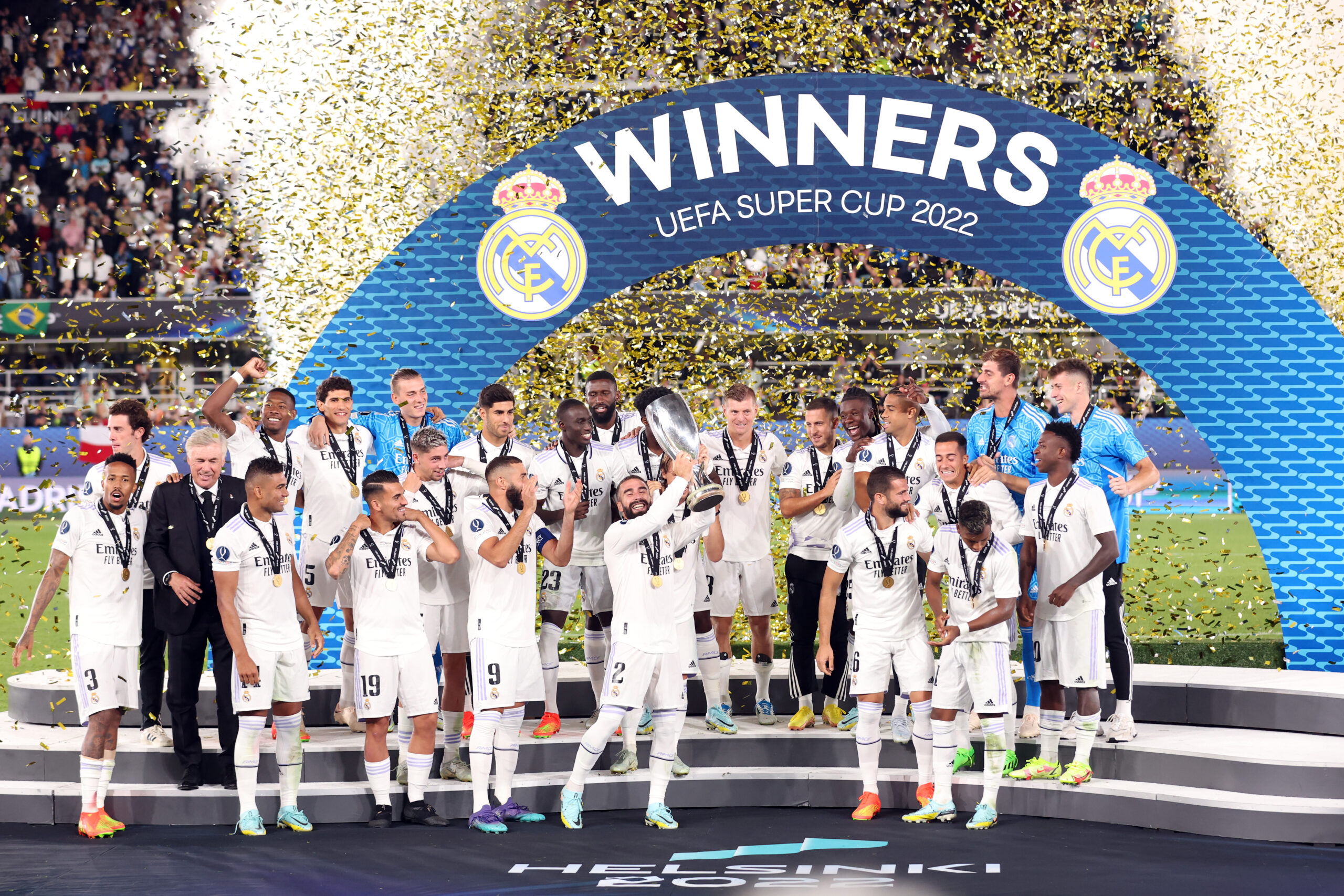 The UEFA Super Cup winners list reads like a who’s who of some of the finest teams to ever grace European football.

The Super Cup is an annual football match contested by the winners of UEFA’s two main European club competitions – the Champions League and Europa League.

While it is not recognised as one of UEFA’s major competitions, it has become increasingly prestigious in recent seasons.

First staged officially in 1973, the inaugural edition of the Super Cup was won by Ajax, who defeated AC Milan 6-1 on aggregate.

The two-legged format was kept until 1997, with UEFA deciding to stage the Super Cup as a one-off match in Monaco for the next 15 years.

The Super Cup has been hosted around Europe since then, with the Olympic Stadium in Helsinki the venue for the 2022 edition.

The UEFA Super Cup roll of honour sees Madrid locked together with Barcelona and Milan on five wins apiece since the competition was launched.

Here is the full list of UEFA Super Cup winners.