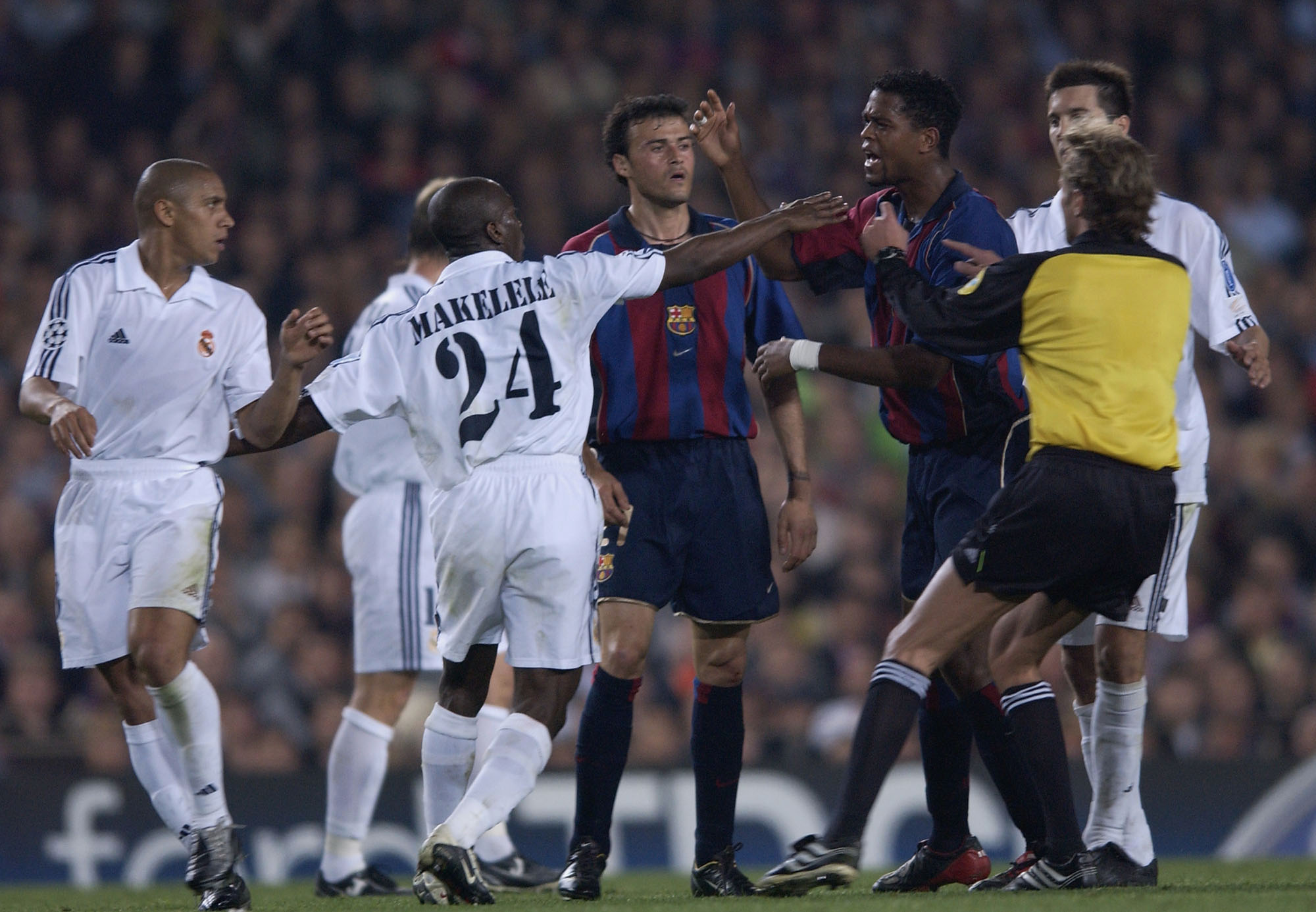 Real Madrid vs Barcelona is THE fixture for football romantics – with a name like El Clasico, it could not be anything else.

The two clubs are the dominant forces in La Liga, creating a dynasty that their rivals have found tough to crack since the league was formed.

This has made El Clasico one of the most eagerly anticipated fixtures in the world, with the games often pivotal to the title races or in the pursuit of other major trophies.

We take a closer look at Real Madrid vs Barcelona including the H2H (stats correct – January 2, 2023), how to watch La Liga live, the history of El Clasico and more.

The two sides have met on 250 previous occasions in competitive matches, with Madrid winning 101, Barca 97 and 52 draws.

Madrid have had the edge in La Liga with 77 wins to Barca’s 73, with the other 35 matches drawn.

There have also been eight Champions League meetings between the two Spanish giants, with Madrid winning three, Barca two and three draws.

If you have a suitable digital device and a stable Wi-Fi connection, it is really easy to find live streams of El Clasico matches.

Premier Sports have the exclusive rights to La Liga in the United Kingdom, while beIN SPORTS, fuboTV and ESPN+ are great options for fans in international markets.

If you are unfortunate enough to find a geo-blocked live stream, Virtual Private Network (VPN) technology is the best way to circumnavigate this issue.

One of the most reliable services is Express VPN, which can be downloaded to various devices including Android, iOS, Fire TV, PC, Mac and smart TVs.

It is fair to say that the battle between Madrid and Barcelona goes way beyond what happens on the football pitch.

Barca’s status as a symbol of Catalan identity established in the 1930s was in stark contrast to Madrid’s position as an ally of Spain’s leader Francisco Franco.

Political arguments raged between the two clubs off the field, creating a hostile environment whenever the teams faced each other.

The creation of Ultras groups during the 1980s did little to improve the relationship, with fans on both sides of the divide involved in violence during this period.

The bitterness has shown no signs of subsiding during the past few decades, as heightened media scrutiny has helped ramp up tensions.

This has led to some fierce on-pitch battles that have often descended into chaos, leaving match officials wishing they had been assigned other games.

However, El Clasico has also produced some matches that have been memorable for all the right reasons, including a cracker during the 2004/05 season.

With both sides vying for the title, Madrid produced a stunning performance at the Bernabeu Stadium to secure a 4-2 victory.

Despite the setback, Barca claimed top spot ahead of Madrid after one of the most exciting title battles in the history of La Liga.

Barca’s 6-2 road victory over Madrid in May 2009 was another standout El Clasico match, although Los Blancos probably won’t agree.

The Blaugrana were unstoppable that year, winning a historic calendar year sextuple including the Champions League, La Liga and Cop del Rey.

Barca came out on top again in March 2014, with the seven-goal thriller rated as one of the best El Clasico matches in history.

Madrid led twice in the game, but Lionel Messi’s hat-trick goal from the penalty spot crowned a magnificent 4-3 victory for Barca.

El Clasico remains the standout fixture in La Liga, which is unlikely to change given each club’s status in world football.

There have been plenty of controversial moments that have contributed to the historical rivalry between Madrid and Barcelona.

Alfredo Di Stefano’s controversial transfer to Madrid instead of Barcelona undoubtedly strained relations between the two clubs in the 1950s.

Both clubs wanted to sign Di Stefano from River Plate, but he ended up with Madrid after a protracted transfer dispute.

He became an integral part of Madrid’s early dominance in the European Cup, sparking inevitable hatred from Barca fans.

Luis Figo’s transfer from Barcelona to Madrid in 2000 generated more bitterness, most notably a couple of years later when a pig’s head was thrown in his direction during an El Clasico clash.

Four meetings in 18 days in 2011 inevitably led to more ill feeling, with the games marred by foul play, dismissals and off-pitch incidents.

Lionel Messi etched his name into Barca folklore in 2017, celebrating his stoppage-time winner against Madrid by taking off his shirt and holding it up in front of their fans.

Cristiano Ronaldo copied the celebration in an El Clasico the following year, highlighting that the Argentinian’s antics had struck a nerve.