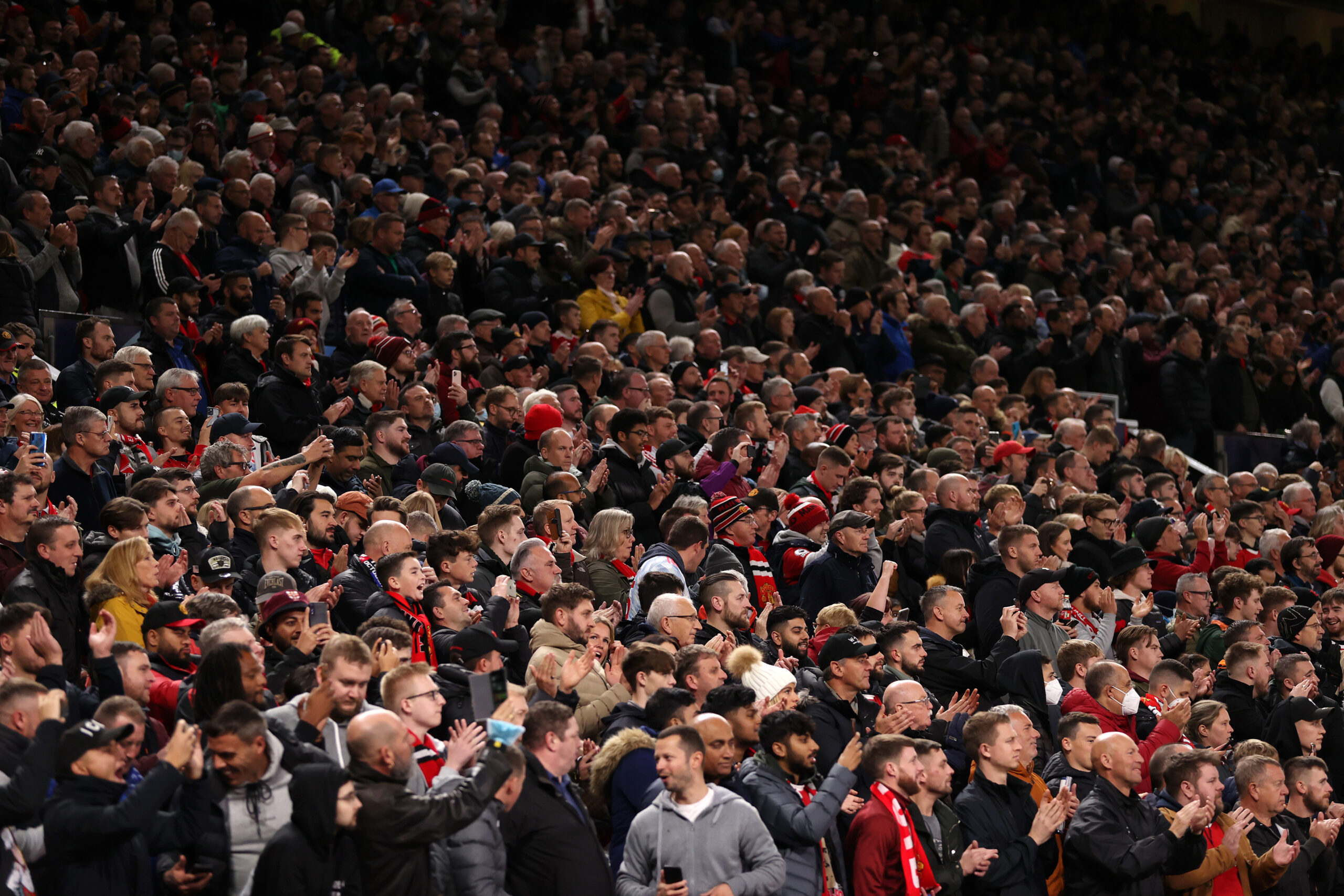 As one of the biggest clubs in the world, it is little wonder that Manchester United tickets are highly sought after whenever the team plays.

The Red Devils regularly attract more than 70,000 people to their home matches, highlighting their appeal to regular and casual fans.

With the demand to watch United home matches at an all-time high, we look at some of the best ways to purchase tickets.

The cheapest Manchester United tickets cost £28 and can rise above three figures for the best seats.

Manchester United season tickets start at £532, much cheaper than the equivalent tickets at Arsenal and Liverpool.

Tickets for home games are available to buy via Manchester United’s official website or by calling 0161 868 8000 (option 1).

Fans can also purchase tickets in person at the club’s Ticket and Membership Services office, which is located in car park W2 at Old Trafford.

United’s website has an interactive stadium plan showing all available seats and allows fans to select the specific seat(s) they want.

Season ticket holders have their seats reserved for every Premier League home games and are also required to automatically purchase tickets for Champions League and FA Cup matches.

The remaining tickets for Premier League games are sold exclusively to official members. Membership lasts for one season and gives you the best chance to buy tickets for United home games.

Tickets for the United’s biggest Premier League games go on sale at the start of the season, with more becoming available before the match (subject to availability).

Due to the massive demand for high profile matches, members must make a ballot application for the chance to obtain tickets.

Ticket prices for United home matches in the FA Cup and Carabao Cup vary dependent on the level of opposition they are drawn against.

It is a similar story in the Champions League, although fans can expect to pay around the same rate as for Premier League matches.

Manchester United have steered away from running a formalised ticket exchange, making it easier for season ticket holders to lend their ticket to other people.

The club’s terms and conditions state that season ticket holders can allow a friend or family member to attend a game if they are unable to go.

However, it can only be lent free of charge, and fans will be punished if they are found to have listed it for sale, or any money changes hands.

If it is a concessionary season ticket and a full-paying adult wants to use it, they must contact the ticket office to pay the price difference.

The club reserves the right to conduct checks inside the stadium and ask to see a person’s season ticket and identification.

If you are unable to buy tickets for the Man Utd fixture of your choice, you can still watch it live online. Read here for more information on how to watch Manchester United games live online, or how to find any football streams quickly.

Read here for more information on how to buy Premier League tickets, whether it’s one-off games or season tickets for your favourite team.