Manchester City’s 10 Most Expensive Signings Of All Time 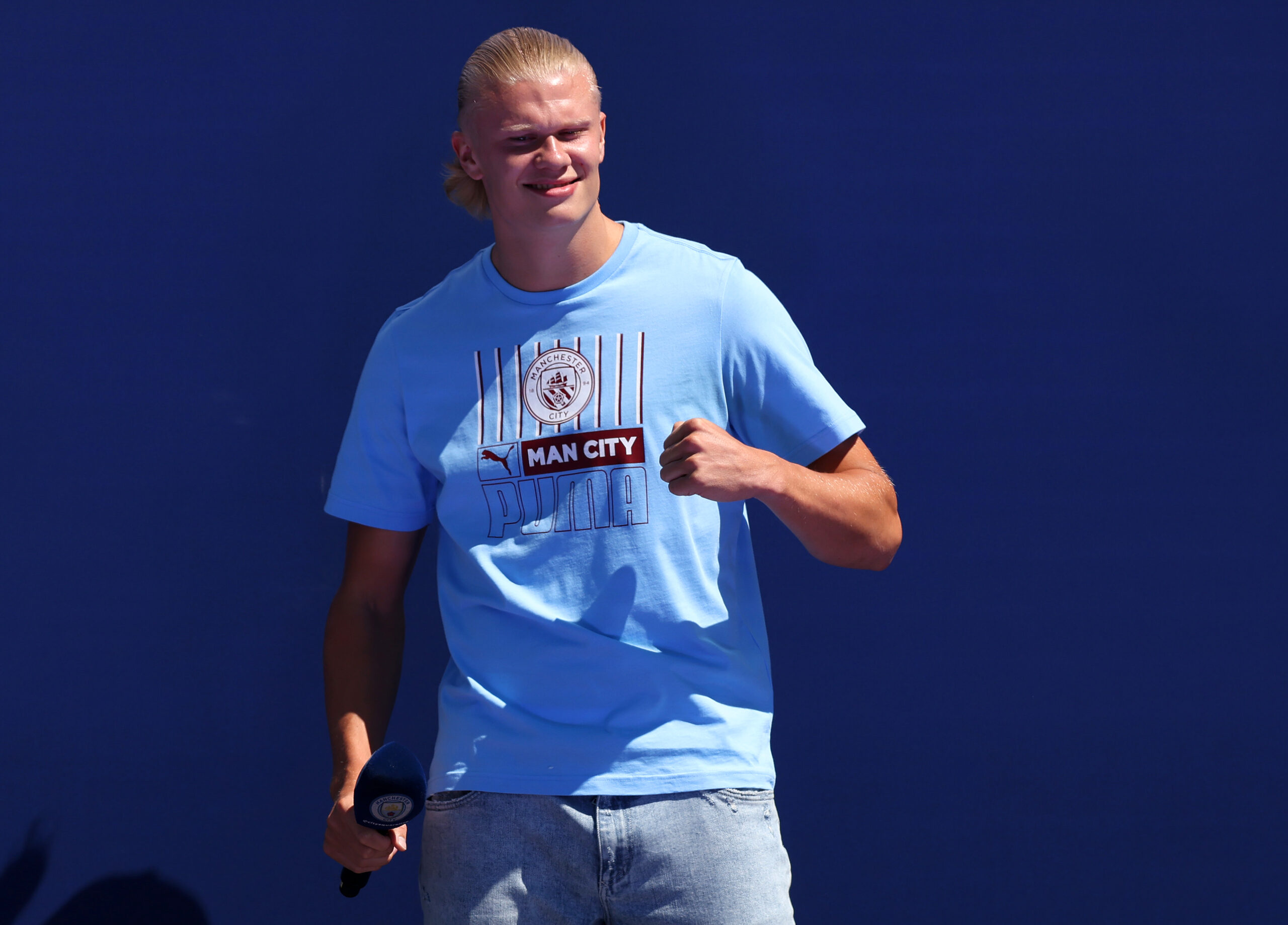 Since wealthy Abu Dhabi owners purchased Manchester City in the summer of 2008, Man City’s most expensive transfers list has seen a complete overhaul with the club splashing out stratospheric figures on signing senior international stars.

Over the past decade, the Cityzens have earned a reputation as one of Europe’s biggest spenders, pursuing big guns to aid the owners’ bid to win the Champions League.

Having a current market value of €924.8 million, Man City do not only boast one of the most expensive rosters in the Premier League but the entire world of football.

Often accused of inflating market prices due to their extravagant spending habits, they have established a monopoly in the recent transfer windows.

Nothing has changed this summer, as Pep Guardiola’s side already splurged over €100m to acquire the signatures of Erling Haaland and Kalvin Phillips.

That is just the tip of the iceberg.

Below are the ten most expensive Man City signings of all time.

Now, let’s see how Man City’s ten most expensive signings ever panned out.

Not one of the best Guardiola’s moves by any stretch of the imagination, Mandy turned into a somewhat scapegoat at the Etihad Stadium following his mega-money arrival from Monaco in 2017.

If his embarrassing on-field performances were not enough to make Man City turn their back on him, the Frenchman found himself charged with several counts of rape in 2021.

After scoring at will in the Champions League and Bundesliga for over two years, the 21-year-old will be entrusted with shouldering the scoring burden as Sergio Aguero’s long-term successor.

While waiting for the Norwegian goal machine to make his debut, the Man City faithful hope he will live up to the billing after joining the club in one of the most eye-catching Premier League transfers in summer 2022.

Though many were skeptical when Guardiola shelled out €62.7m to lure Rodri away from Atletico Madrid three years ago, the Spaniard has thrived in the Premier League.

In one of the sternest competitions for places on the planet, the 26-year-old has developed into an irreplaceable first-team figure, becoming one of the most consistent European midfielders.

Sterling completed his long-awaited switch to Chelsea recently, yet he left the mark at the Etihad during an illustrious seven-year stint in Manchester.

Despite often performing in patches, the England international was integral to Guardiola’s trophy-laden era at Man City, helping the Cityzens to four league titles in five years.

Recurring injury problems have prevented Laporte from fulfiling his potential at Man City since his €64m arrival from Athletic Bilbao in 2018.

When fit and firing, the 28-year-old is arguably one of the best Premier League defenders, but keeping him away from injuries has been an issue over the past four years.

Not in his wildest dreams had Cancelo expected to get such a prominent role at the Etihad following his troublesome season-long spell at Juventus.

However, the Portuguese star’s career in the Premier League has been nothing short of a fairytale, as Guardiola has helped him grow into one of the world’s finest full-backs.

He is most certainly one of Man City’s best purchases during the Spaniard’s managerial tenure.

A long-running transfer saga involving Mahrez’s move from Leicester City to the Etihad was concluded in 2018 as Man City forked out €67.8m to get the deal over the line.

The Algerian winger has taken no prisoners while establishing himself as one of the best in the business, with his tricky feet and sublime first touch often earning standing ovations in Manchester.

Manchester United may want to learn from their Man City counterparts on how to dash out high figures to get a top-class defender to hold things tight and provide stability and confidence from the back.

Unlike the Red Devils’ overpaid flop Harry Maguire, Dias has turned the Cityzens’ backline into a force to be reckoned with since touching down in the Premier League two years ago.

Drawing comparisons with Liverpool’s Virgil van Dijk would be a bit exaggerated, yet the 25-year-old has been Guardiola’s defensive mainstay in the wake of Vincent Kompany’s departure.

In his seven seasons at Man City, De Bruyne has proved beyond all doubt that he is one of the most quick-thinking and skilled playmakers to have graced the Premier League.

He has been in the vanguard of City’s enormous domestic success under Guardioladrive, with his vision and playmaking ability proving key ingredients to the Cityzens’ long-term reign of dominance of English top-tier football.

More importantly, Man City paid Wolfsburg €76m to take him back to the Premier League, which is barely enough to put De Bruyne in the top 30 most expensive football transfers of all time.

While the signing of the Belgian midfield dynamo laid the foundation for Man City’s remarkable success over the years, the same cannot be said about Grealish.

The most expensive English player ever took the coveted No10 over from club icon Aguero upon his blockbuster €117.5m arrival from Aston Villa in 2021.

Little did Grealish and City know that the 26-year-old would endure such an underwhelming maiden season at the club that he won’t even earn a regular starting berth under Guardiola.

But there is time for him to get his career back on the rails.