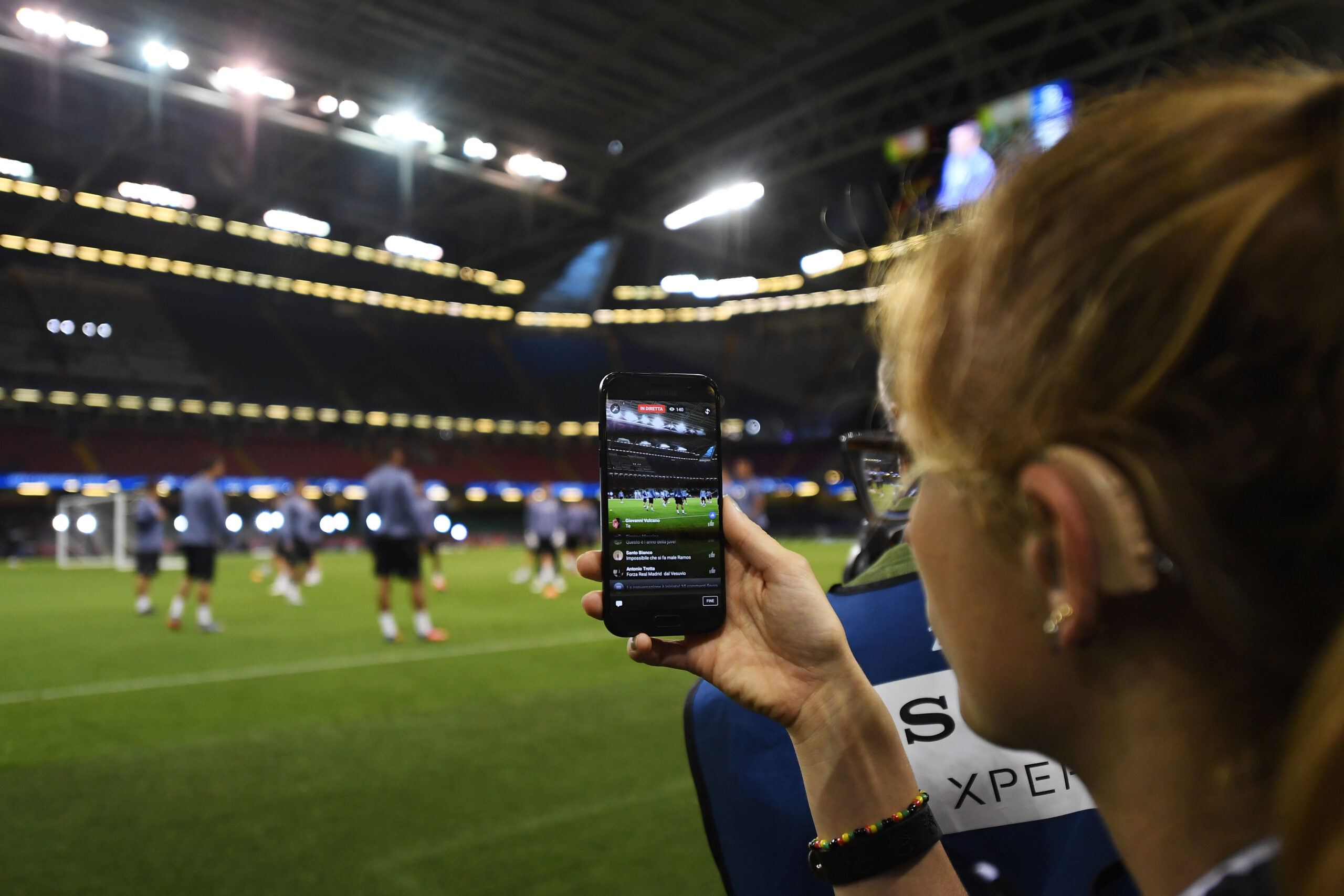 Watching live football online has never been easier, with hundreds of websites providing the best live football streams of games from across the world.

Available via desktop and mobile devices, live streaming services are a great way to follow the action across all the major leagues and tournaments and are a great supplement to live football on TV.

However, it is fair to say that some streaming platforms are much more reliable than others. With that in mind, we look at some of the top live football streaming sites.

And if you are unable to watch any football streams because of your location, your best option is to use ExpressVPN – you get three months free and, at a little over $8/month, you will get access to all football matches that you can watch.

Here are your best options for football streaming:

HesGoal won’t win many design awards from an aesthetic point of view, but it is undoubtedly an excellent place to find live football streams.

Fans can watch the Premier League, La Liga, Bundesliga, Serie A, Champions League and many other top competitions live on HesGoal.

The streams are generally stable, although there are a few annoying pop-up advertisements that can be difficult to close.

First Row Sports has become synonymous with live football in recent years, and it remains one of the best ways to access reliable live streams.

All the matches are listed by kick-off time, with First Row uploading working streams to each one when they become available.

It is advisable to use Virtual Private Network (VPN) software to access First Row in some jurisdictions, as some streams will not load in certain regions.

Better known as a site that provides real-time updates from various sports, LiveScore has been steadily adding football streams into the mix.

Fans can access live action from several top-class leagues including the Bundesliga, Serie A, Eredivisie and many more.

LiveScore is available to download as an app, making it ideal for anyone who wants to watch football streams via their mobile device.

SportRAR aggregates high-quality streaming links from all of the major football competitions including the Premier League, Champions League and Europa League.

However, one of SportRAR’s best features is the site contains links to reliable live streams from many lower-ranked countries.

The user-friendly interface has been designed with mobile devices in mind, meaning fans need never miss a moment of the action.

There is a strong focus on the major European competitions including the Premier League, Serie A, La Liga, Bundesliga, Ligue 1, Champions League and Europa League.

The site claims that there are no geo-blocking restrictions in place, but the number of pop-up advertisements are a little overwhelming.

Live Soccer TV is the ideal streaming link resource for mobile as it offers users the opportunity to download an app to iOS or Android devices.

It lists match schedules from every top-class football competition and aggregates the best places to find live streams.

Live Soccer TV also features a comprehensive football news section, making this one of the best all-round services for fans of every club.

CricHD was initially set up as a cricket streaming site, but it has since expanded into providing links for live broadcasts of several other sports including football.

The Premier League, Champions League, La Liga, Bundesliga and Serie A all feature heavily on CricHD along with many other competitions from across the globe.

All of the streams listed on the site come from reliable broadcasters, making it easy for fans to watch live whenever their team is playing.

The site aggregates links from other broadcasters, effectively providing users with a one-stop-shop for their streaming requirements.

As with some of the other sites, the pop-up advertisements on Streamhunter can be distracting, although they are generally easy enough to shut down.

Luckily, there’s an easy solution. Downloading a VPN will allow you to stream live football no matter where you are.

It’s a simple bit of software that changes your IP address, meaning that you can access on-demand content or live TV just as if you were at home.

ExpressVPN – get the world’s best VPN

We’ve put all the major VPNs through their paces and we rate ExpressVPN as our top pick, thanks to its speed, ease of use and strong security features.

It’s also compatible with just about any streaming device out there, including Amazon Fire TV Stick, Apple TV, Xbox and PlayStation, as well as Android and Apple mobiles.

Sign up for an annual plan now and get an extra three months absolutely FREE. And if you change your mind within the first 30 days, let them know and they’ll give you your money back without a quibble.