La Liga’s 10 Most Expensive Signings Of All Time 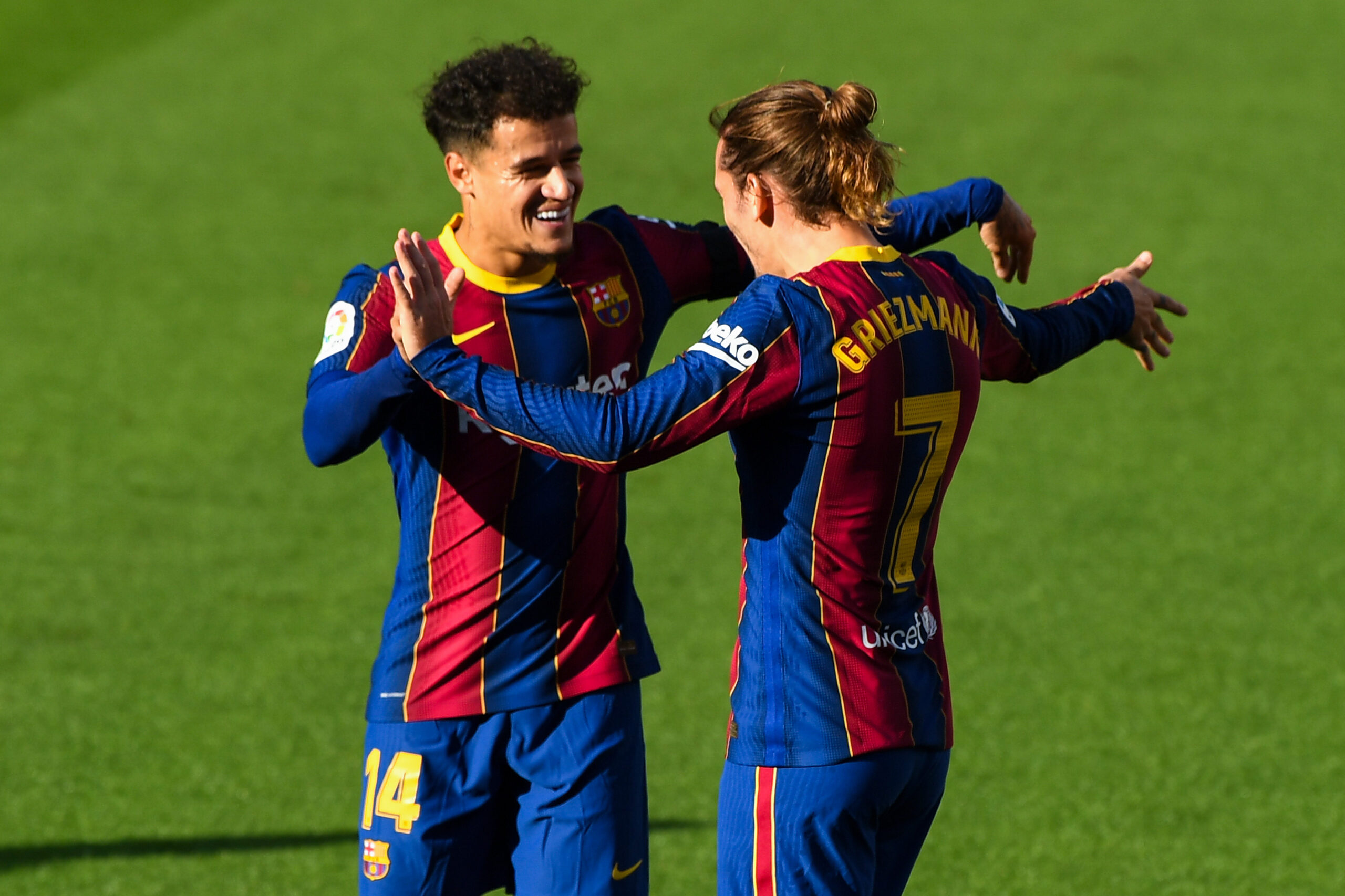 The Premier League is synonymous with lucrative deals, but La Liga, which houses two of Europe’s most prominent clubs, is not lagging much behind.

Barcelona and Real Madrid, with the sporadical interference of Atletico Madrid, have been bossing the transfer market over the past two decades, luring the world’s finest talents to Spain.

In search of the famous ‘La Decima,’ Los Blancos had broken the world-record transfer fees a record five times in the new millennium between 2002 and 2009.

Madrid’s exorbitant spending sprees have taken a back seat in recent years, allowing their arch-rivals Atletico and Barcelona to run the show in the transfer market.

Below are the ten most lucrative pieces of business completed by some of the most prominent Spanish clubs.

Luis Suarez formed part of a formidable MSN trio at Barcelona, featuring the likes of him, Neymar and Lionel Messi. MSN is still widely regarded as one of the most prolific partnerships in football history.

Alongside his partners in crime and backed by Andres Iniesta and Xavi Hernandez from the midfield, the Uruguayan was picking La Liga backlines apart week in, week out.

No wonder many see him as one of the best strikers of all time despite his hot temper and the occasional biting of his opponents.

Frenkie de Jong belongs to the new generation of Barcelona’s extravagant purchases. But unlike most of them, he deserves the benefit of the doubt for everything he’s shown at Camp Nou thus far.

Creativity, energy, vision and laser-sharp passing precision are part of the package coming with the Dutch midfielder, whose future in La Liga is currently covered with a veil of mystery.

Whether you like him or not, Neymar is the embodiment of ‘Samba football’ in every sense of the word, at least on his day.

A breathtakingly polished talent, Neymar used to disintegrate La Liga defences at will, with his fancy footwork and a keen eye for goal lifting Camp Nou fans off their seats for years.

But Paris Saint-Germain made sure to live up to epitomise the phrase ‘nothing lasts forever’ as they stole him away in 2017 to initiate the dissolution of Barcelona’s golden generation.

Florentino Perez knew what he was doing when he decided to change the transfer market world by dashing out €94m to take Cristiano Ronaldo away from Manchester United in 2009.

Often considered the turning point in the transfer market with now today, the Portugal captain joined Los Blancos in a world-record deal and went on to reach unimaginable heights at Santiago Bernabeu.

This article is not long enough to mention every Ronaldo achievement in Madrid. It’s enough to say he inspired Los Merengues to four Champions League crowns while becoming the club’s highest-ever goalscorer.

Don’t let Gareth Bale’s newly-discovered passion for golf taint his image in your head. Madrid’s decision to part with a then-world record fee of €101m to sign the Welshman paid off massively.

Bale, in his prime, was a beast. He was the catalyst to drive Los Blancos to a coveted ‘La Decima’ in 2013/14, scoring the final while deciding the Copa del Rey piece the same year with an epic goal against Barcelona.

His memorable overhead-kick goal against Liverpool in the 2018 Champions League final still ranks high in the competition’s highlights history.

You cannot blame Madrid for going all-out to purchase Eden Hazard from Chelsea in the summer of 2019. During his prime in the Premier League, his game-changing ability was second to none.

Little did the Spaniards know Hazard would barely put his foot on the field in La Liga, with recurring injury problems turning the Belgian forward into a peripheral figure in Spain.

It’s hard to remember the last time he played for Carlo Ancelotti’s side, let alone make his highlights video on YouTube.

Like the hero from above, Antoine Griezmann went from one of the world’s finest strikers at Atletico into a scapegoat at Camp Nou in the space of two years.

‘From hero to zero’ is probably the best phrase to describe the Frenchman’s fall from grace at Barcelona following a stellar long-term career in Madrid.

Atletico threw him a lifeline by bringing him back on a season-long loan in 2021, but it seems the 2018 World Cup winner with France will never be the same player ever again.

For nearly five years, a lack of discipline and a series of injury setbacks looked set to write Ousmane Dembele’s name down in history as one of the biggest flops in La Liga’s history.

However, Xavi’s appointment as a new Barcelona manager last season has turned the winger’s fortunes around as he has finally started to show why the club made him one of the most expensive players ever.

Tricky feet, ambidexterity, crossing ability and blistering pace displayed by Dembele under Xavi’s stewardship have reignited his career and established him as one of the best-performing forwards in Europe.

Speaking of flops, Joao Felix has built a strong case for himself in the section of the world’s most expensive let-downs as it’s taken him three years to do nothing at the Wanda Metropolitano.

Can Diego Simeone even remember why he shattered the club’s transfer record to lure the Portuguese youngster away from Benfica in 2019? – that’s what many are asking around these days.

Occasionally linked with a move away from the Spanish capital, Felix is still trying to find his rhythm in La Liga and prove his doubters wrong. Well, good luck with that.

Another overpaid Barcelona misfit. But following his jaw-dropping spell at Liverpool, who would have guessed Philippe Coutinho would fall so low in Spain?

Talent and commitment were there, yet something was missing. Both parties are still recalling their time together with a bitter taste in their mouths.