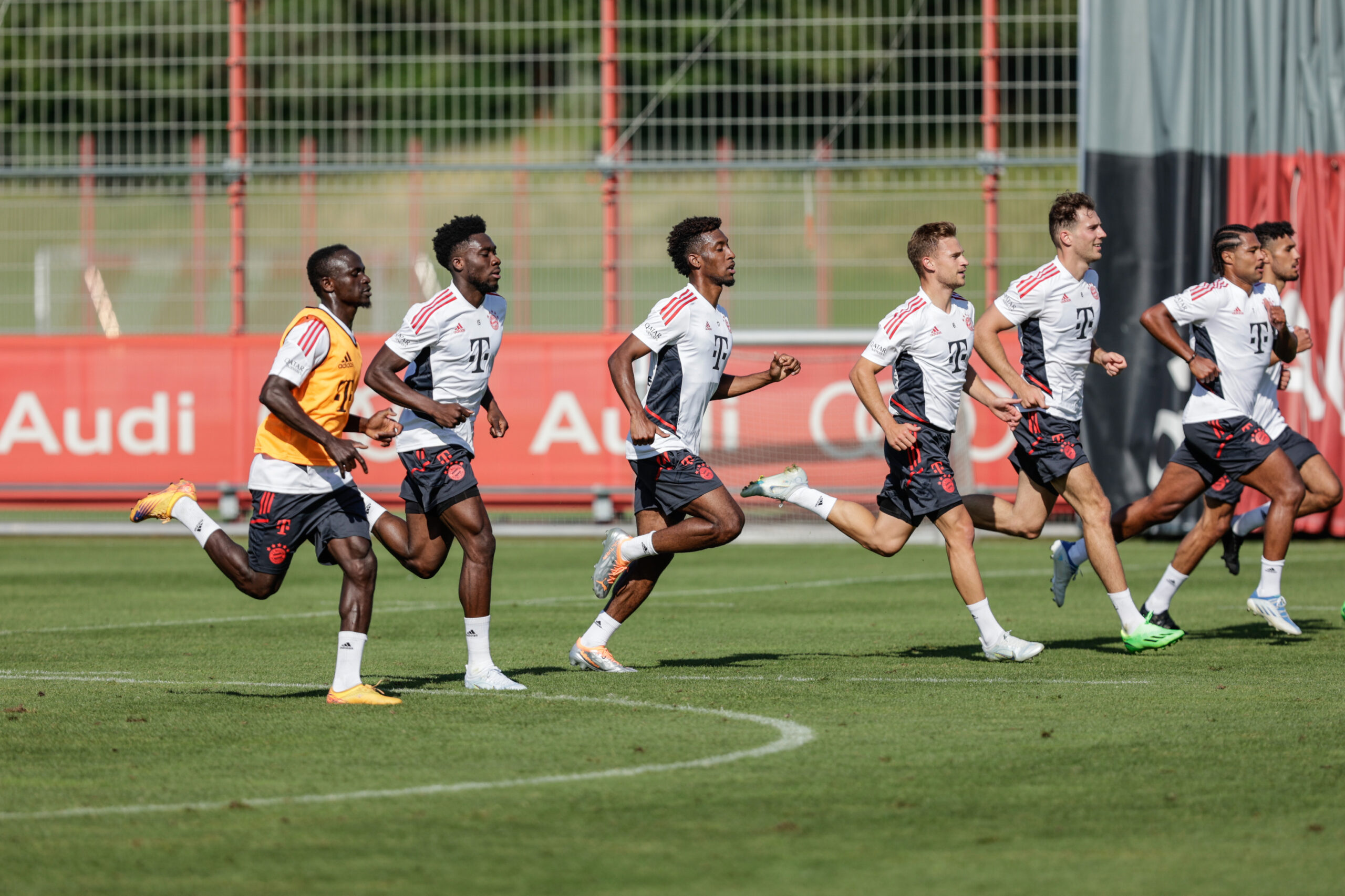 Football training is an integral part of the sport, providing players with the fitness and skills they need to tackle their opponents.

As Benjamin Franklin once said, ‘by failing to prepare, you are preparing to fail’, and that undoubtedly rings true where football is concerned.

With that in mind, we take a closer look at the key components for effective football training including equipment, drills, fitness and more.

Before we consider the ins and outs of football training, we need to ensure that we are armed with all the right equipment.

The internet is awash with different options, but we think the following items are the best place to start.

There are hundreds of different football drills you can utilise, but we’ve narrowed the field down to a handful that will take your training to another level.

Place two cones about two yards apart and another two at the same distance approximately 5–10 metres away from the first two.

Each player stands behind one pair of cones and pass the ball between each other. Start by allowing them to take one touch before passing the ball back.

To make things more difficult, step up to one-touch passing. You can also narrow the gap between the cones or increase the distance between the two players.

This drill requires players to take shots at a goal from the penalty spot. Start by taking ten shots (five with each foot) into the middle of the goal.

From there, progress to the four corners of the goal and make sure the players alternate between their right and left feet.

Once the players become adept at placing the ball into the corners, bring in a goalkeeper to make things more difficult.

Set up 5-10 cones in a straight line approximately two metres from each other. Position a player with the ball at their feet at one end of the line of cones.

The player then dribbles the ball in and out of the cones and repeats the drill by coming back in the opposite direction.

You can make the drill more challenging by narrowing the gap between the cones or instructing the players to use just one foot.

Place two cones approximately five metres apart near the touchline about five metres back from the corner of the penalty area.

The aim is to fire an accurate cross to a player stationed near the penalty spot who will attempt to score past the goalkeeper. Repeat the drill 20 or 30 times to improve accuracy.

Get two players and sit them facing each other with their feet touching. The players head the ball once to each other. When they have completed this, shuffle back one metre and repeat.

They keep doing this until one of the players can no longer reach the opposite player with their header without the ball bouncing.

The players can repeat the drill kneeling and standing, although their starting position in each instance will be two or three metres apart.

Players begin this drill by attempting five kicks of the ball without it touching the ground. Start with five kick-ups with the right foot and five with the left.

Move on to doing the same thing with each thigh and then headers. In all instances, you can increase the number of touches as players become more adept at the drill.

Ball control can also be worked on in the passing drill, particularly when the players attempt long-range passes.

Regardless of what level you are playing at, footballers must maintain excellent fitness levels if they want to perform at their best.

Due to its physically demanding nature, players must combine high and low-intensity drills, gym-based strength and conditioning and recovery sessions.

Interval training is one of the best types of exercise for developing football fitness as it can be conducted in various settings.

Mixing light jogging with fast runs builds stamina and speed, thus giving players an excellent fitness base to work from.

Speed ladders and hurdles can be utilised to improve agility, while slalom poles are excellent for developing all-round body movement.

It is also essential to build rest and recovery into any football training program, both during pre-season and when the action gets underway.

Overtraining players is a recipe for disaster, so make sure they are given a suitable amount of time to recuperate from their exertions.

Eating a healthy diet and staying well hydrated are crucial if you want to perform at your best on the football field.

Drink water when you wake up and continue hydrating by repeating every couple of hours. A couple of normal-sized glasses on each occasion should be sufficient.

During the week before a game, it is important to consume carbohydrates to maintain the reserves of glycogen to the maximum.

Players should have their main meal at least two hours before bedtime, and the food should be easy to digest.

The pre-match meal should be finished at least three hours before kick-off to allow the stomach to digest and avoid gastrointestinal discomfort.

The meal should consist of foods rich in carbohydrates, without too much protein and with very little fat. It is important not to eat large amounts.

Staying hydrated during the game and training is essential, as a lot of fluid is lost. Failing to stay properly hydrated increases the risk of fatigue and injury.

Consuming water is the easiest way to stay hydrated, while sports nutrition drinks can also be highly beneficial.

Players should eat foods rich in carbohydrates and proteins with a low fat intake in the two hours immediately after training or a game.

To help muscles relax and recover, it is essential to eat foods rich in potassium such as bananas, dried fruit or vegetables.