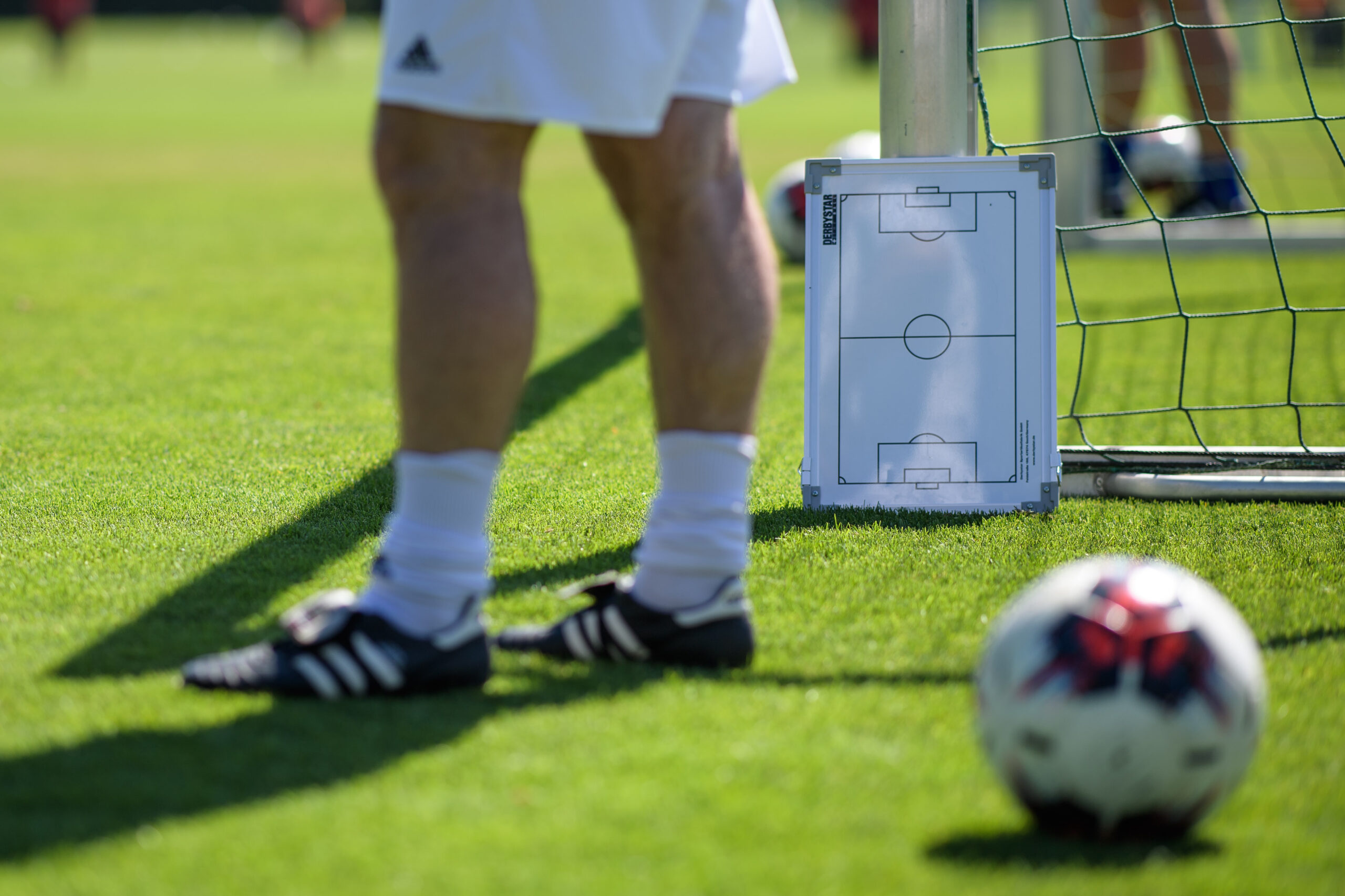 Before you can truly understand how football tactics work, you need to get to grips with the different football pitch zones.

There are several other zones within those areas which contribute to how football is played. Let’s take a look at football pitch zones.

The ‘build’ zone is the quarter of the pitch nearest to a team’s goal. This is where the goalkeepers and defenders bid to start attacks for their team.

Their aim is to draw their opponents onto them, before passing the ball to their midfielders located in the ‘progress’ area of the pitch.

The ‘progress’ zone starts one-quarter of the way up the pitch and finishes at the halfway line. Defenders and midfielders operate in this area to move the ball up the pitch.

They work in unison to feed the ball into players in the more advanced ‘penetrate’ zone who will then strive to create chances for their forwards.

The ‘penetrate’ zone is located just over the halfway line in the third quarter of the pitch and is where flair players look to set up goalscoring chances.

A team’s passing in this area often has to be much sharper than elsewhere on the pitch as the opposition work to win the ball back.

The ‘finish’ zone is exactly what you would imagine it to be. This is where a team looks to finish off an attacking move and put the ball in the opponent’s net.

Forward players generally operate in this area, but defenders and midfielders can also end up in the finish zone if a team gets their passing spot on.

Now we have identified the basic football pitch zones, let’s assess specific other zones within those areas that play a key role in the sport.

Half-spaces are the vertical strips between the edge of the centre circle and the wings. When ball carriers are in the half-space, they generally have more options.

This helps teams open up the opposition more effectively across the pitch, thus improving their chances of finishing a move with a goal.

There are several different channels on a football pitch. These include the vertical gaps between defenders that attacking players can exploit.

A more static channel is the zone between the penalty area and touchline on each side of the pitch. Many teams play balls into the channel to put pressure on their opponents.

There are three areas where goals are most likely to be scored – from outside the penalty box, the wide areas of the box and the danger zone.

The latter is where most goals are scored and is an imaginary square located centrally in front of the goal running to the edges of the six-yard box.

Also known as ‘The Hole’, the infamous Zone 14 is an area the same size as the danger zone but located just outside the penalty box.

This is a key zone where most passing assists for goals come from and which many teams target as central to their tactics in terms of build-up play.