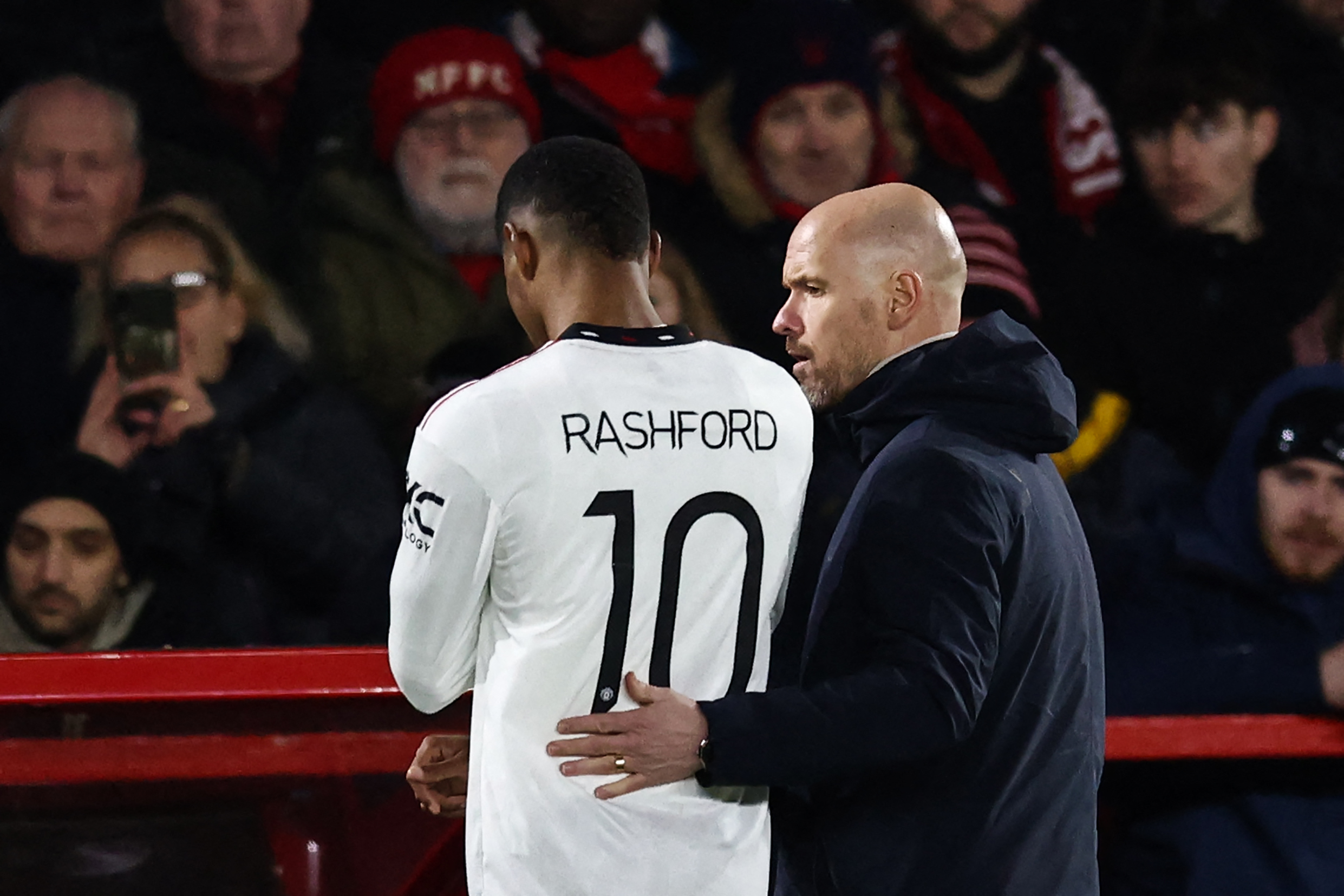 The Red Devils travelled to City Ground for the first leg of the Carabao Cup semi-final and it took only six minutes for Rashford to open the scoring.

The 25-year-old took possession in his own half. He made a stunning run on the left flank before cutting inside and scoring with a left-footed strike.

The England international has now netted 18 goals for the season and his form after the World Cup has been truly exceptional in all competitions.

Rashford has scored 10 times in his last 10 outings for United, failing to find the net in just one game at Crystal Palace. He has also chipped in with three assists.

He looks in ‘unstoppable’ form at the moment and Ten Hag was quick to praise the club graduate following the 3-0 victory at Forest last night.

“But [he can] keep going when he keeps this focus. I know football. Football form is a thin line so don’t drop off.

“We all know he can stay there but also the team can work for him and we can bring him in such positions that he can score such goals.”

Wout Weghorst and Bruno Fernandes were also on the scoresheet last night. With a 3-0 win, United are almost through to the Carabao Cup final.

They entertain Forest in the second leg at Old Trafford next week and it should be a formality after the convincing win on the road yesterday.

Ten Hag will be happy with the result. He now has the chance to pick a strong line-up against Reading in the FA Cup fourth round this weekend.

Rashford, Bruno Fernandes and Casemiro could be rested for the return leg with United due to host Palace in the Premier League three days later.

Despite the sublime cup run, a top-four league finish should be their priority. They are currently three points ahead of fifth-place Tottenham Hotspur with a game in hand.