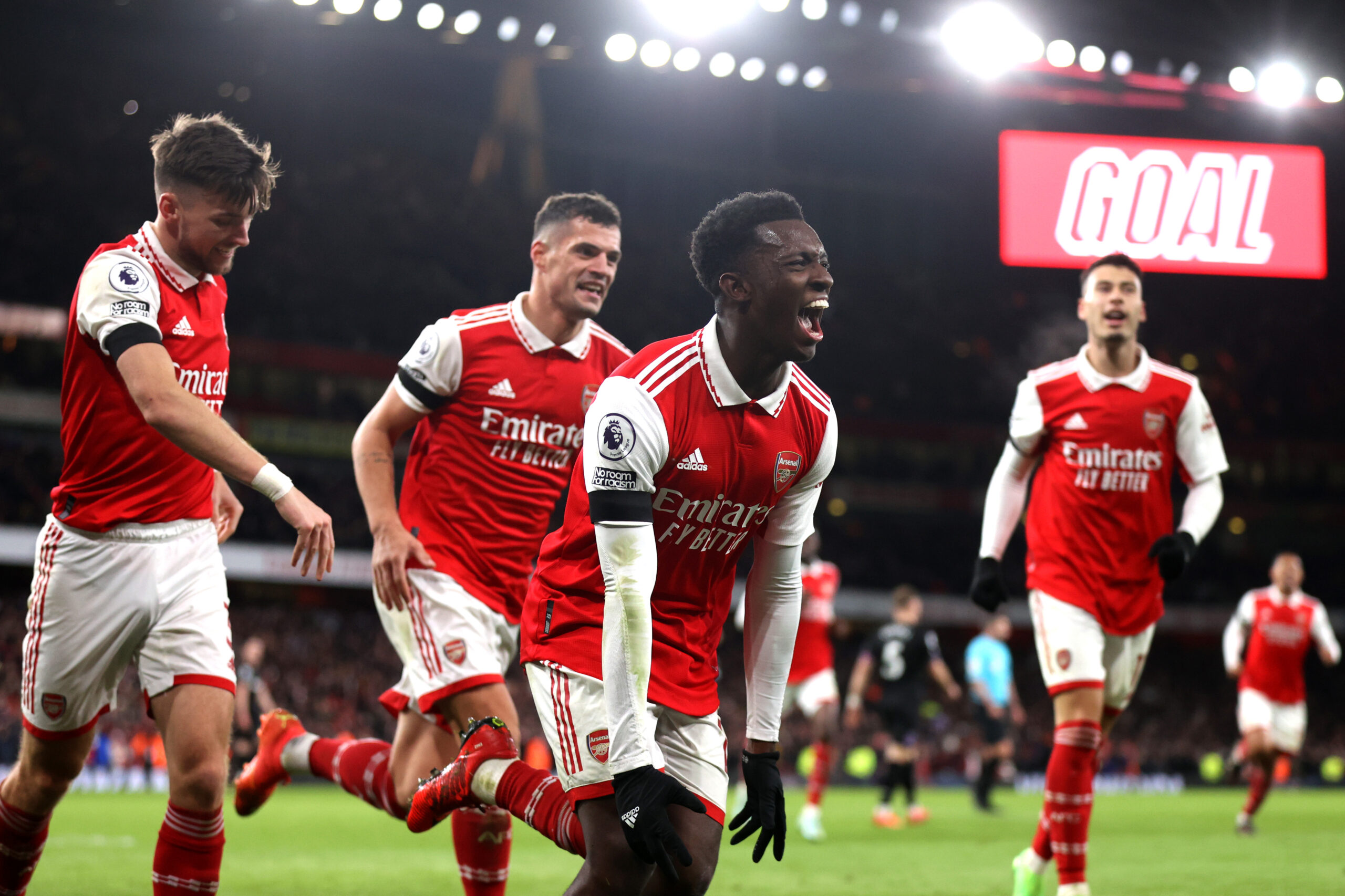 The second half of the 2022/23 Premier League season is underway, and there is plenty of excitement to come over the next few months.

The title race and the scramble for European spots look as fascinating as ever. Meanwhile, the bottom seven are separated by just three points.

On Monday Night Football, Gary Neville and Jamie Carragher gave their predictions for the remainder of the campaign. Now, it’s our turn to give it a go.

Here are our predictions for the second half of the season.

At the beginning of the season, how many people considered Arsenal to be genuine title contenders? Very few, if any. Six months on, and they have established a healthy lead at the top of the table.

There is an air of 2015/16 Leicester City about this Gunners side. It feels like we’re all waiting for them to hit a bad run, but it’s just never coming.

In their last four outings, they faced four of the top six. They picked up ten points, scoring nine while conceding just four. This has left them five points clear at the top of the table with a game in hand.

There is still a long way to go, and they have to face Manchester City twice. But whatever happens, Mikel Arteta has done a fantastic job.

Manchester City – The title is certainly not out of Man City’s reach. Every season, they seem to string a run of wins together that propels them to the top of the league. However, we believe they will fall short this time around.

Nonetheless, we can still expect them to push for the trophy all the way down to the very end. And, with Erling Braut Haaland and Kevin De Bruyne in your side, anything is possible.

Manchester United – After two games, United looked in real trouble. But they’ve turned things around and now look on their way to finishing inside the top four again.

The concern for the Red Devils will be their squad depth. Injuries to the likes of Marcus Rashford, Raphael Varane, or Casemiro could leave them lacking in key areas. But if they stay fit, they should qualify for the Champions League.

Newcastle United – In our fourth and final Champions League spot, we’ve selected Newcastle. A year on from being in a relegation battle, the Magpies are fighting to return to Europe’s biggest club competition after 19 years out.

Defensively, Newcastle are one of the best in Europe. From the continent’s top five leagues, only Barcelona have conceded fewer. Furthermore, they have kept 13 clean sheets from their last 16 matches in all competitions.

Bournemouth – Having made a bright start, Bournemouth have fallen into the bottom three after picking up just four points from their lasten10 games.

In truth, it’s difficult to see where the points will come from. They have the worst defensive record in the league while not scoring many. And, with a manager as inexperienced as Gary O’Neil, the Cherries are up against it.

Southampton – Southampton are in a similar position to Bournemouth. They’re bottom of the league, don’t score enough goals, concede too many, don’t have a great squad and their manager has no top-flight experience.

In January, they’ve brought in Mislav Orsic and Carlos Alcaraz. They may have to hope that these two make an immediate impact if they wish to stay up.

Everton – The remainder of Everton’s season is something of a mystery. Manager Frank Lampard has just been dismissed, and his successor is yet to be appointed.

The players at the Toffees are good enough to survive. If they bring in the right man, they should have enough to avoid the drop.

However, things are so toxic at Goodison Park that top managers would be advised not to head to Merseyside. It should be interesting to see how the next boss does.

The title race may be wide open, but the battle for the Golden Boot looks like a foregone conclusion. Haaland is currently nine goals clear in the lead, with an astonishing 25 goals in 19 appearances.

For comparison, this tally would’ve been enough to win the Golden Boot in 16 out of 30 Premier League seasons, including each of the last four.

Even more incredibly, if he continues at his current rate, he will end the campaign with 49 goals. This is more than the last two winners combined.

And even if he slows down, the Norwegian is highly likely to break the league’s record. He needs just eight more in 18 appearances to surpass Mohamed Salah’s tally of 32 in the 2017/18 season. Barring a long-term injury, you’d fancy him to reach this with ease.

Manager of the Season – Mikel Arteta

There are a fair few contenders for this position. Eddie Howe has taken Newcastle from relegation candidates to Champions League challengers, while Erik ten Hag has made an encouraging start at Man United.

Marco Silva has taken newly-promoted Fulham into the European spots, Roberto De Zerbi has admirably succeeded Graham Potter at Brighton & Hove Albion and Thomas Frank continues to do a wonderful job with Brentford.

However, if Arsenal win the league, there will be no contest.

The north Londoners have had to be patient with Arteta, and there were several times when he looked to be the wrong man. But now their patience is being rewarded, and they look better than they have done in years.