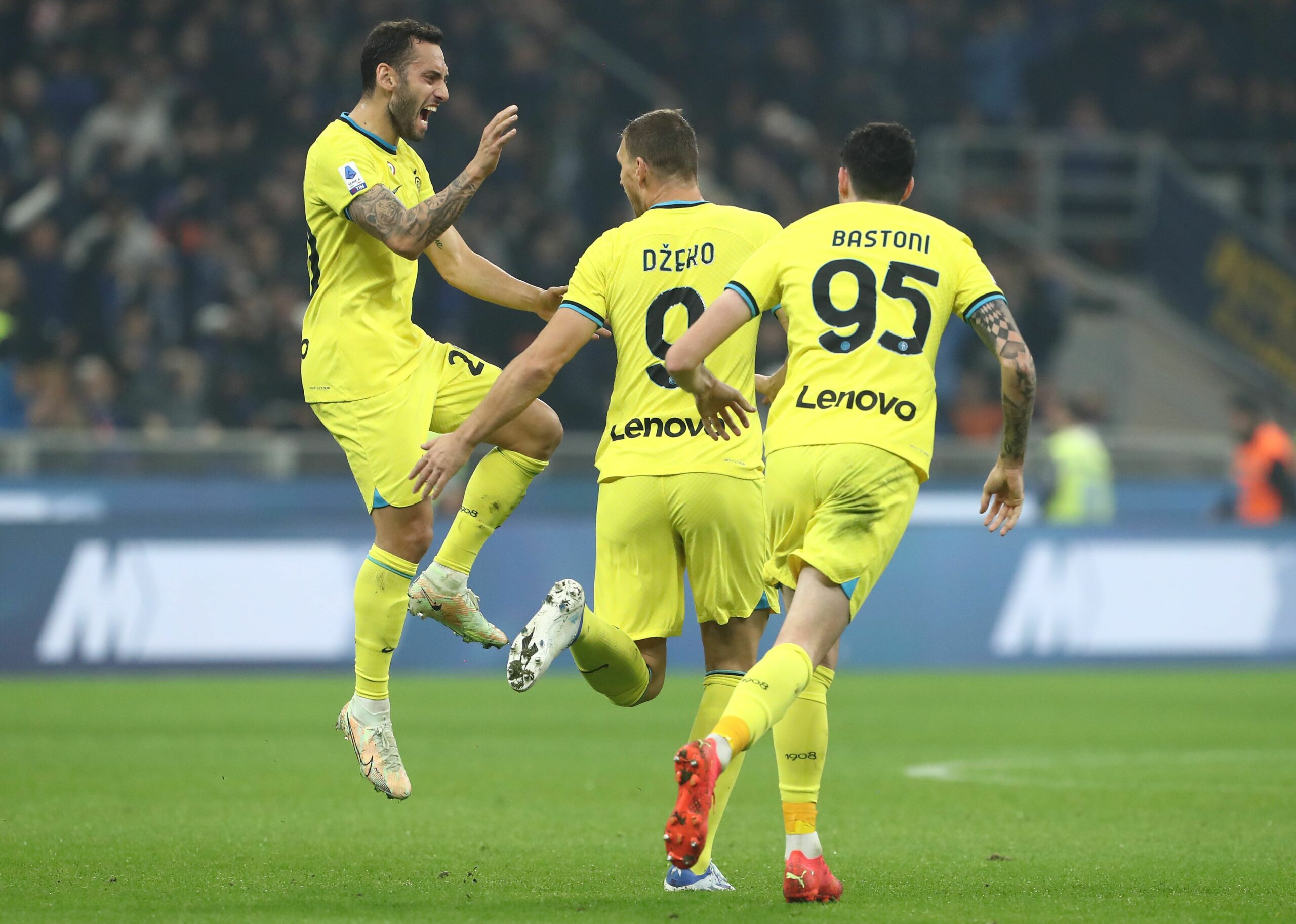 Inter Milan may have failed in their renewal talks with Milan Skriniar, but they are keen to avoid a similar situation with other key squad members.

According to Gianluca Di Marzio, the Nerazzurri have stepped up their efforts regarding the contract extensions of Edin Dzeko, Alessandro Bastoni, Matteo Darmian and Hakan Calhanoglu.

Bastoni’s contract at San Siro expires in 2024, and Inter have met with his agent to discuss a long-term deal.

The Italian centre-back has courted interest from several of Europe’s top clubs, but the Nerazzurri think he is pivotal to the club’s future.

Calhanoglu has earned plaudits for his consistent performances for Inter since joining from arch-rivals AC Milan last year.

It has also prompted the Nerazzurri to offer the Turkish midfielder a new contract. Contact has been made with his agent, and the player is happy to commit his future with Inter.

Dzeko and Darmian will see their current deals expire at the end of the season, and both have put in enough effort this season to warrant an extension.

Despite being in the twilight of their careers, Dzeko and Darmian have been central to Simone Inzaghi’s plans, with the former arguably being the Nerazzurri’s best attacker this season.

Inter have tabled a one-year extension offer for Darmian with an option for another season. The Italian giants will soon hold talks with Dzeko’s entourage.

Inter were in high spirits following their recent victory over Milan in the Supercoppa Italiana final. However, they suffered a shock defeat against Empoli in their last Serie A game.