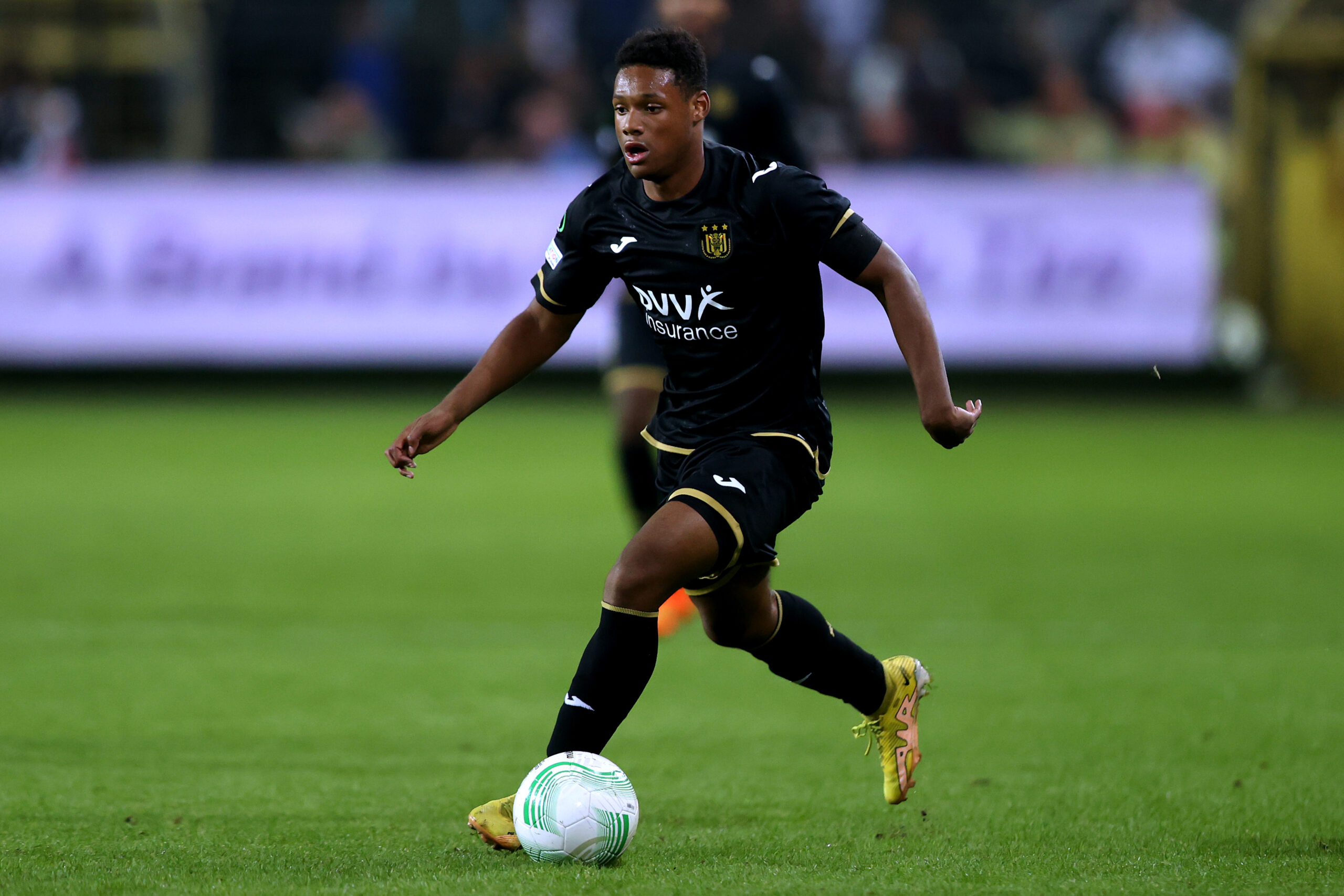 Borussia Dortmund will sign Anderlecht wonderkid Julien Duranville during the January transfer window, according to Sport1.

BVB will pay around €8.5 million for the 16-year-old who has little top-level experience.

Dortmund manager Edin Terzic has only one natural winger in the squad – Thorgan Hazard.

Duranville will reportedly have his medicals today before signing a four-and-a-half-year deal with Dortmund.

He is a graduate of the famous Anderlecht academy after joining at the age of seven.

Duranville broke into the first team in May last year in a 1–1 league draw against Club Brugge at 16 years and 17 days. He became Anderlecht’s youngest debutant since Lukaku.

The Belgium under-19 international has continued to progress, making 11 appearances for Les Mauves et Blancs.

Duranville is an explosive winger with the devastating ability to leave defenders for dead in 1v1 situations.

He loves to take on his man to create openings down the flanks. He is good on both wings but prefers to operate on the left flank, where he can drive in and out on his right foot.

Duranville made history when he became the third-youngest goal scorer in Jupiler Pro League history in September.

He is one of the most exciting talents in Belgium and moves to a club with a reputation for developing youngsters into world-class stars.

Signing Duranville gives them another exciting young talent to go to war with in the Bundesliga.