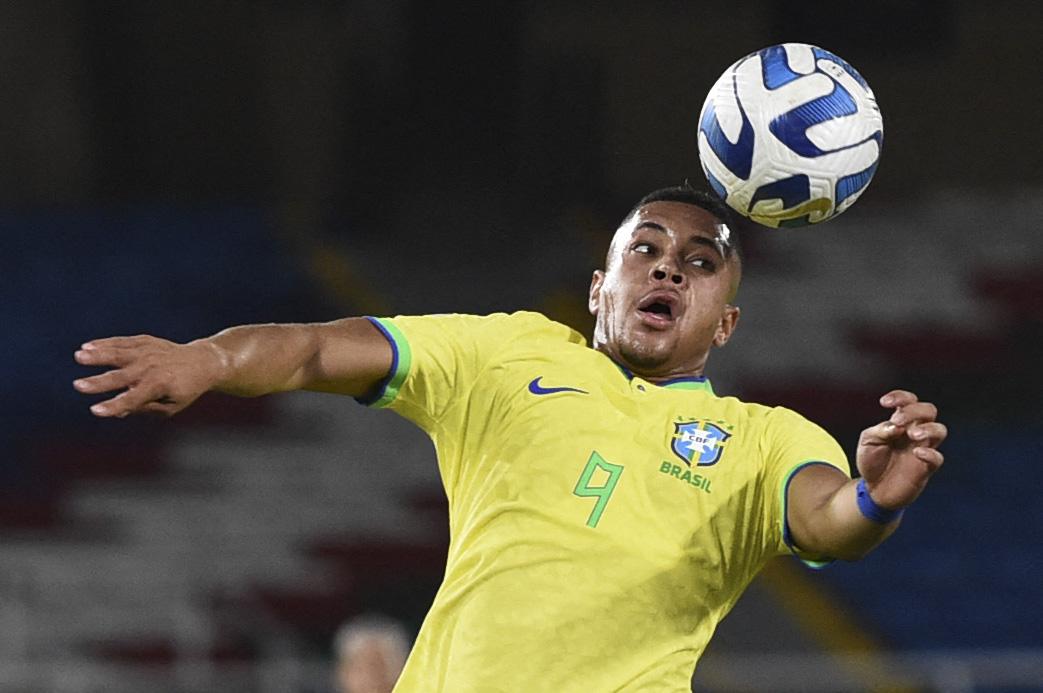 Barcelona have moved ahead of the chasing pack in the race to sign Brazilian wonderkid Vitor Roque, according to Mundo Deportivo.

The 17-year-old Athletico Paranaense striker has already established himself as a vital part of the Brazil Under-20 national team, where his performances have caught the eye.

Roque has already scored three goals in two games for Brazil at the Under-20 CONMEBOL Championship, and several European heavyweights are monitoring his development.

Paris Saint-Germain, Chelsea, and Real Madrid, who have already snapped up another Brazilian starlet in Endrick last month, are in the race to sign Roque.

However, Barca are at the forefront, with the Blaugranas also considered Roque’s preferred destination.

Roque’s agent, André Cury, is a former employee of the current La Liga leaders, and it is understood that he could help facilitate an agreement between Athletico Paranaense and the Catalan giants.

The striker will only turn 18 in February, so Barca are considering a summer move, with an offer worth between €35-40 million being prepared.

But they will try to reach an agreement in principle with the Brazilian club before then, fully aware of the other interested clubs in the race.

Barca are keen on strengthening their squad both in the short and long term, with Roque seen as a long-term successor to Robert Lewandowski.

The Polish marksman has been in imperious form for Barca this season, helping Xavi Hernandez’s side to the summit of the Spanish league with 13 goals in 15 league games.

However, the 34-year-old is approaching the twilight of his career. While he does not look like he is dropping in quality at the moment, Barca would rather invest in his successor sooner than later.

Barca are currently resisting splashing the cash in the transfer market due to their financial troubles, so they are looking at players with expiring contracts or youngsters with relatively low transfer fees.

Roque is highly rated in his native Brazil, with the international press tagging him as ‘the new Ney’ when comparing him to PSG star Neymar, and his acquisition could prove to be a shrewd piece of business for Barca.