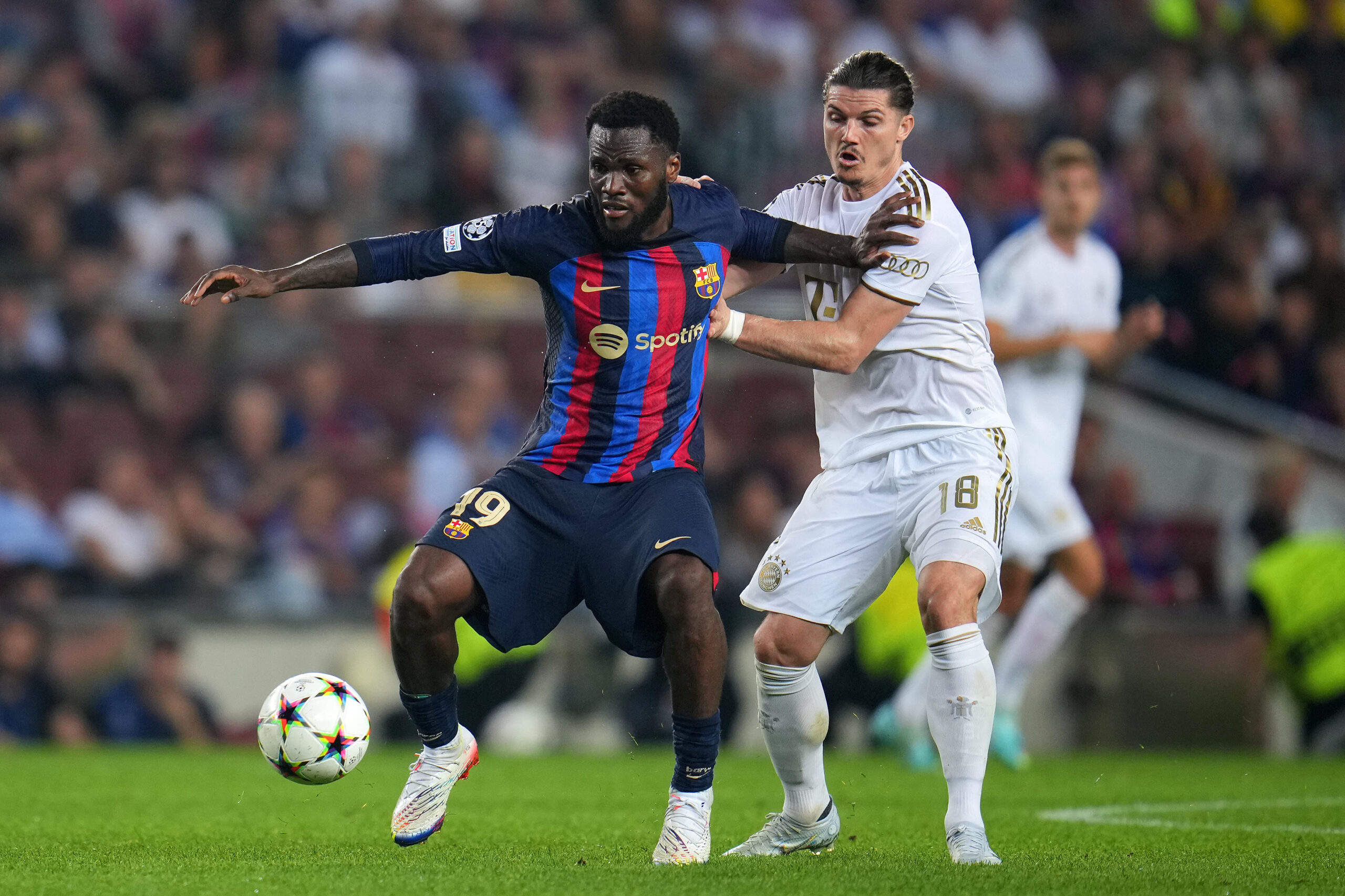 Barcelona head coach Xavi Hernandez has ruled out a possible exit for Franck Kessie amid reports linking him with a move to Chelsea.

The Ivory Coast international joined the Blaugranas on a free transfer just last summer after winning the Italian Serie A title with AC Milan.

However, his playing time has significantly reduced since moving to Spotify Camp Nou, having struggled to assert himself in Xavi’s first team setup.

The Spanish head coach has found stability in a midfield trio of Sergio Busquets, Pedri, and Gavi, with all three proving indispensable thus far.

Kessie is capable of replacing Busquets in a like-for-like swap, but the Barcelona captain has managed to maintain his high-level performances despite approaching the twilight of his career.

Kessie has only managed two starts in his nine league appearances for Barca so far, sparking speculations that he could soon look to leave the Spanish giants in search of regular playing time.

A move to the Premier League has been touted, with Chelsea reportedly considering taking him to Stamford Bridge on a loan deal.

However, Xavi has ruled out that possibility, insisting he still counts on Kessie as the midfielder gives him a lot of options in the middle of the park.

Speaking ahead of his side’s Copa del Rey quarter-final tie against Real Sociedad, Xavi said (via Tuttomercato): “I’ve never thought of selling him. I really like him because he gives us alternatives during the match, he was very good against Ceuta.”

Kessie started Barca’s Copa del Rey round of 16 clash against Spanish third-tier side AD Ceuta and contributed a goal, and two assists as the Catalan giants raced to a 5-0 win.

However, he started the subsequent La Liga game against Getafe on the bench but took to the pitch in the 62nd minute, replacing Raphinha.

Barca are still on the market for a long-term replacement for Busquets and have been strongly linked with moves for Sociedad’s Martin Zubimendi and Wolverhampton Wanderers’ Ruben Neves.