Arsenal ready to rival Chelsea to sign Caicedo next summer 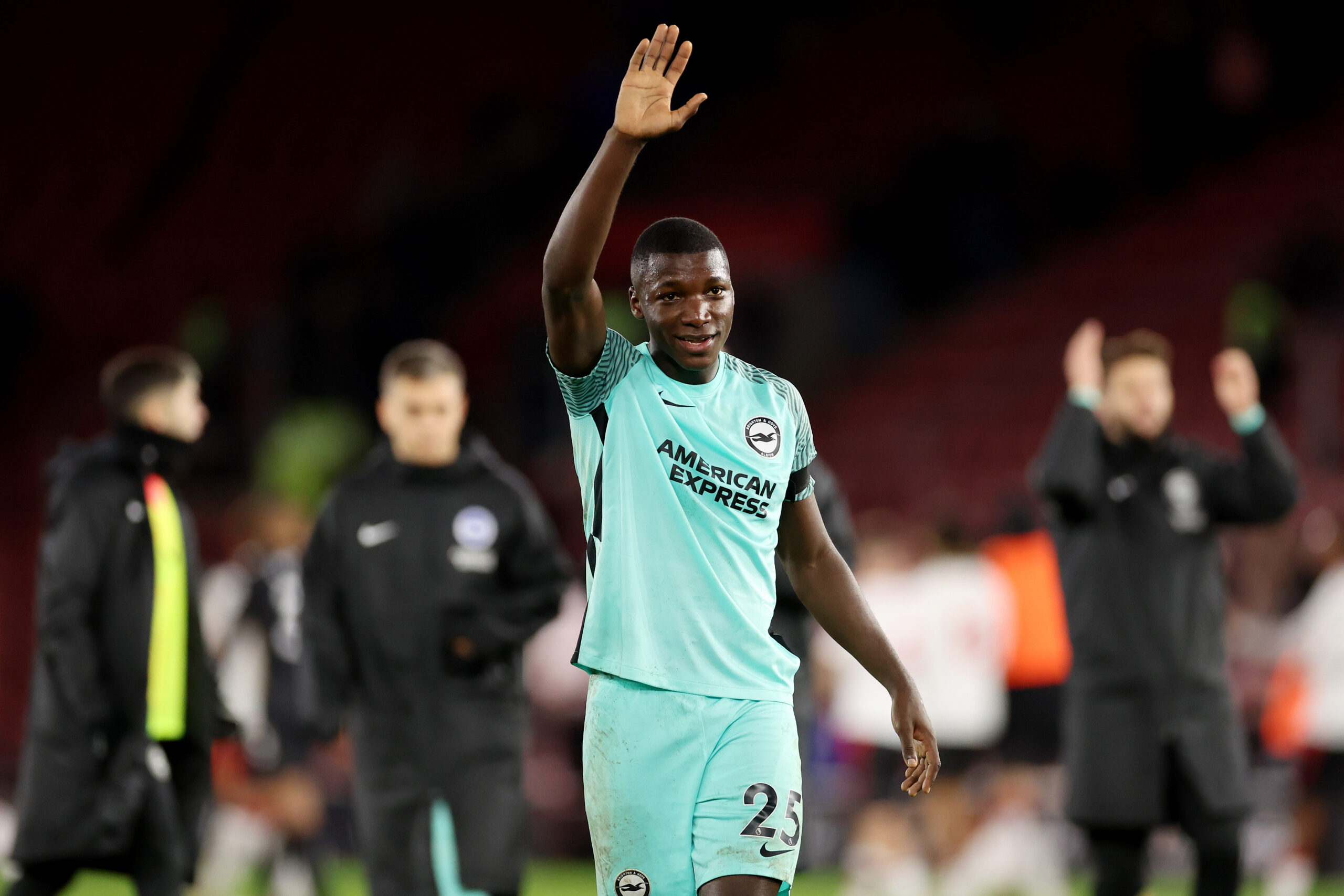 The transfer tug-of-war between Chelsea and Arsenal is set to rumble on toward next summer, with both clubs in the race to sign Brighton & Hove Albion midfielder Moises Caicedo.

According to the Evening Standard, the Gunners will rival the free-spending Blues for the Ecuadorian next summer after Chelsea failed to convince Brighton to release him this month.

The Blues’ interest in Caicedo is no secret as they look to sign at least one midfielder in January to continue their squad rebuild.

However, Brighton have reportedly rejected two bids around the £55-60 million mark from Chelsea as they maintain their resolve to keep him at least until the end of the season.

The Seagulls had quoted a fee of around £75m, which should be enough to convince them into a sale but Chelsea are reluctant to meet those demands.

Caicedo reportedly wanted to move to Stamford Bridge but was unwilling to force a move, and Chelsea now look set to miss out on the defensive midfielder.

The Blues have identified other targets, with Everton midfielder Amadou Onana now on the club’s radar, while they have reopened talks to sign Enzo Fernandez this month.

They could return for Caicedo next summer when Brighton would be willing to listen to offers, but they will face competition from fierce rivals Arsenal for his signature.

The Gunners are also in the market for a new midfielder. However, unlike their London counterparts, Arsenal’s need for a player in the middle of the park is not as urgent.

They are willing to wait until next summer to bring in a marquee signing, and while they have made long-term Chelsea target Declan Rice their priority signing, they could also rival the Blues for Caicedo and Onana.

West Ham United have resolved to lose Rice next summer after years of warding off suitors with seemingly unrealistic transfer demands.

Onana only joined Everton from Lille in a £33m deal last summer, but the Toffees could be open to cashing in sooner rather than later.

Chelsea and Arsenal need at least one midfielder and could go head to head for all three next summer setting up a fiery transfer market tussle between long-term rivals.