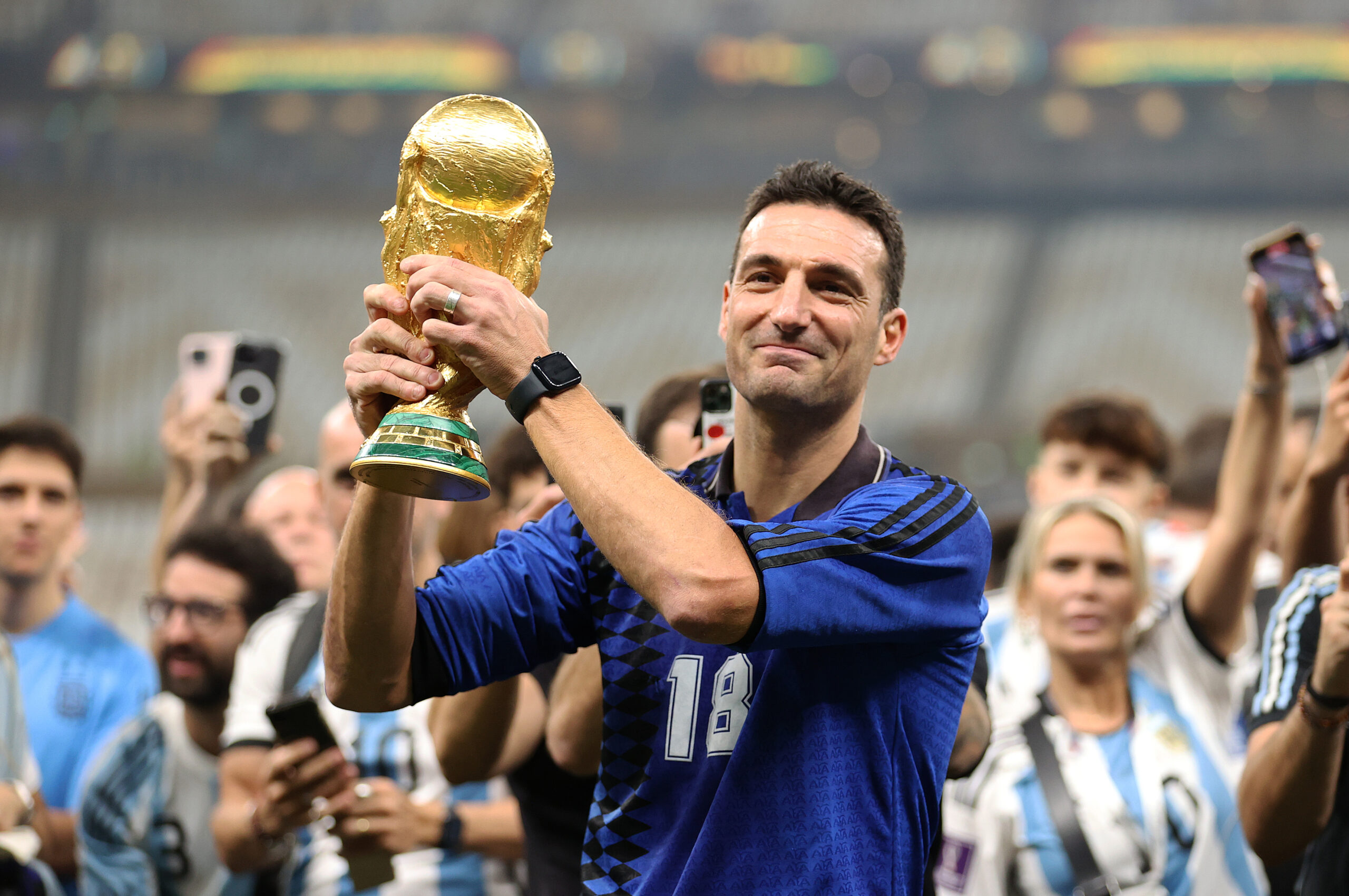 Scaloni, who guided La Albiceleste to the World Cup crown in Qatar last month, saw his contract run out at the end of last year.

However, there is confidence in both negotiating parties that an agreement will be reached imminently, but talks will have to wait until early February to commence per Scaloni’s request.

The 44-year-old returned to Spain to unwind and spend time with his family after the World Cup. It was expected that the manager would only be away for two or three weeks of total disconnection from football.

But he has asked for more time to spend with his family in Mallorca before travelling to Buenos Aires to meet with AFA president Chiqui Tapia to discuss the terms of his new contract.

Despite his request, Tapia remains confident that Scaloni will continue in his role with the national team.

“When Scaloni returns, who is now on vacation and enjoying his family, we will sit down and finish what needs to be finished,” Tapia said in an interview when quizzed about Scaloni’s future.

“We are both men of our word, and we gave ourselves the floor. Sometimes there are minor issues that have to be finished, and it is the only thing that is missing.

“I know that as soon as he comes (to Buenos Aires), he will sign his contract and continue the coaching staff that gave us so much joy because it is what we all want and for which we are committed.

“Both the Gringo (Scaloni) and I, to continue together and with this project, which is also that of the players.”

Scaloni’s Argentina side earned a hard-fought penalty shoot-out victory over previous reigning champions France in the World Cup final after playing out a 3-3 draw post-extra time.

Having returned football’s holy grail to Argentina for the first time in over three decades, the former Sevilla assistant manager will look to build on his triumph with La Albicelestein the future.