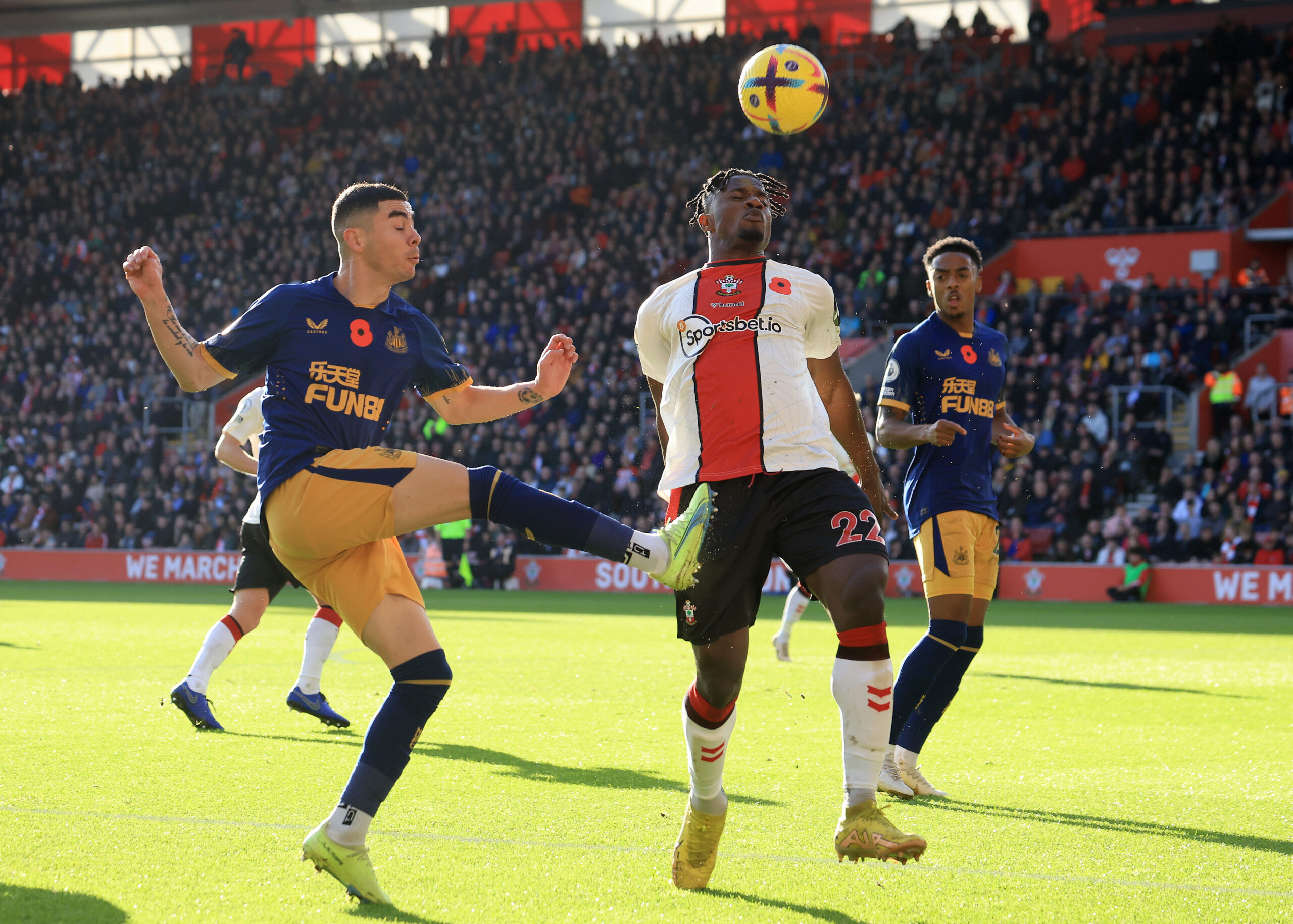 St Mary’s is the backdrop for the first leg of Southampton’s exciting Carabao Cup semi-final tie against high-flying Newcastle United on Tuesday.

Aston Villa knocked Nathan Jones down from an inspiring three-match winning streak in all competitions at the weekend courtesy of a narrow 1-0 Premier League victory at Villa Park.

Southampton had their deadlock-breaker in Birmingham disallowed for a controversial foul in the build-up play before Ollie Watkins’ 77th-minute strike condemned the Saints to the bottom of the Premier League.

However, Jones’ men are no strangers to upsetting the odds in the Carabao Cup, as witnessed by their stunning 2-0 home triumph over reigning English champions Manchester City in the last round.

Three wins away from adding their first Carabao Cup title to their trophy cabinet, Southampton will fancy their chances against one of the best-performing Premier League sides this season.

Newcastle’s pursuit of a rare top-four finish in England’s top flight took another blow at the weekend as bottom-half Crystal Palace held them to another scoreless draw this season.

In addition to ending their two-game winning run in domestic action, that was the Magpies’ third stalemate across their last four league outings (W1), all of which have finished goalless.

Seeking their maiden Carabao Cup trophy themselves, Eddie Howe’s side can take confidence from dispatching Leicester City 2-0 in the previous tie, which forms part of an ongoing run of three straight clean sheets.

Three of Southampton’s last four competitive home fixtures have yielded defeats (W1), with three of those four matches seeing the winner keep a clean sheet, highlighting the importance of opening the scoring.

High scoring has been a common theme at St Mary’s of late as six of Southampton’s last nine home games have featured over 2.5 goals and both teams scoring.

Despite their frustrating season, the Saints can fall back on their decent 67% win ratio in the Carabao Cup semi-final ties, having progressed two of their three appearances at this stage of the competition.

Newcastle can hardly be proud of their form outside St James’ Park in 2023, as they’ve gone winless on all three domestic travels since the turn of the year (D2, L1).

Howe’s men have failed to win their last two Carabao Cup away clashes against fellow Premier League adversaries (D1, L1) since a 2-0 beating of Man City in 2014.

However, the Magpies have seemingly had Southampton’s number in the past few years, losing just one of their last 11 meetings with the Saints in all competitions (W7, D3).

Newcastle will be without Jonjo Shelvey, Matt Targett and Emil Krafth, but Howe can call upon the squad that eased past Leicester in the last Carabao Cup round.

Based on Southampton’s thoroughly stressful season, going the distance in the Carabao Cup could be the only saving grace to help them keep some dignity before their devastating home fanbase.

Newcastle’s newly-found penchant for playing out scoreless draws bodes well for their bid to oust the Saints, considering the return leg will take place at St James’ Park.

We anticipate a share of the spoils in what could be another low-scoring contest.