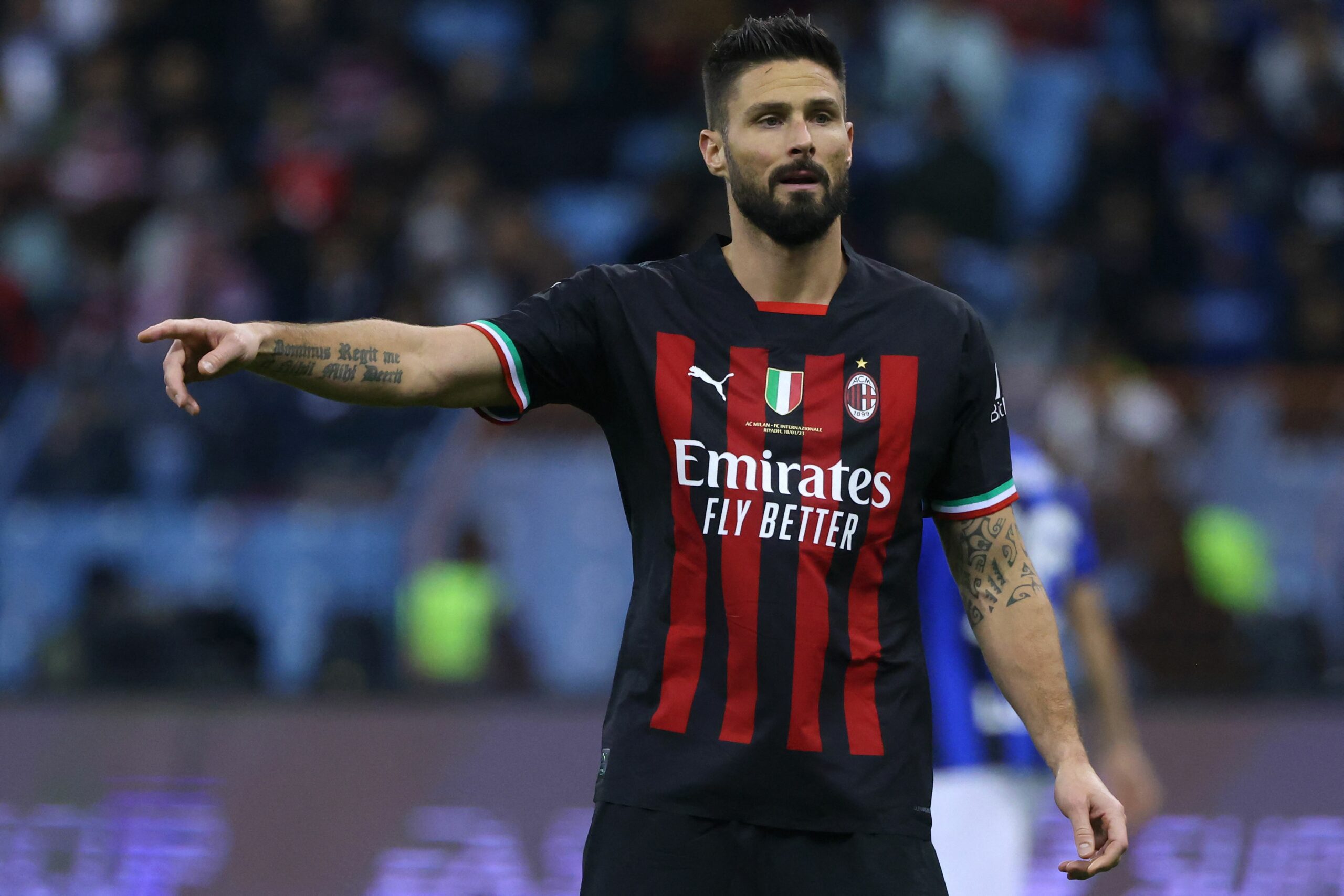 AC Milan striker Olivier Giroud has revealed that contract extension talks are ongoing with the club and he wants to end his career at San Siro.

There are reports that Milan have reached an agreement with the French striker over an extension until 2024, with his current deal expiring next summer.

With no official statement released yet, Giroud has confirmed that the negotiations are happening with Milan while expressing his desire to hang up his boots as a Rossoneri.

” With the Scudetto victory, I entered the heart of the Milan fans. I’m talking to the club about the renewal – if there is the possibility of finishing my career at high levels at Milan, I will.”

The 36-year-old continues to defy age with his prolific scoring form despite being in the latter years of his career.

He looks a notch above this term, netting nine goals and six assists combined in Serie A and the Champions League.

The former Chelsea star successfully translated his form to the 2022 World Cup, where he scored four goals and helped France reach the final.

However, he struggled against Argentina and was subbed off in the first half by Didier Deschamps.

Giroud has stated that he is still contemplating his international career with Les Bleus.

“As far as France is concerned, I don’t know yet. I’m still reflecting,” the Frenchman added.

Despite revealing his intentions of continuing with Milan, the ex-Arsenal man declared that he fancies a move to MLS as an alternative option.

“Alternatively, I could choose an exotic destination – I’ve always liked the American MLS. My goal is to continue to score and win trophies with the Milan shirt,” Giroud said.

Milan have experienced a poor start to the year, registering only one win in five games. They have also suffered humiliating defeats against Torino in Coppa Italia and Inter Milan in the final of Supercoppa Italiana.

Giroud is yet to score following the World Cup break, and he will look to do so against Lazio on Tuesday night.