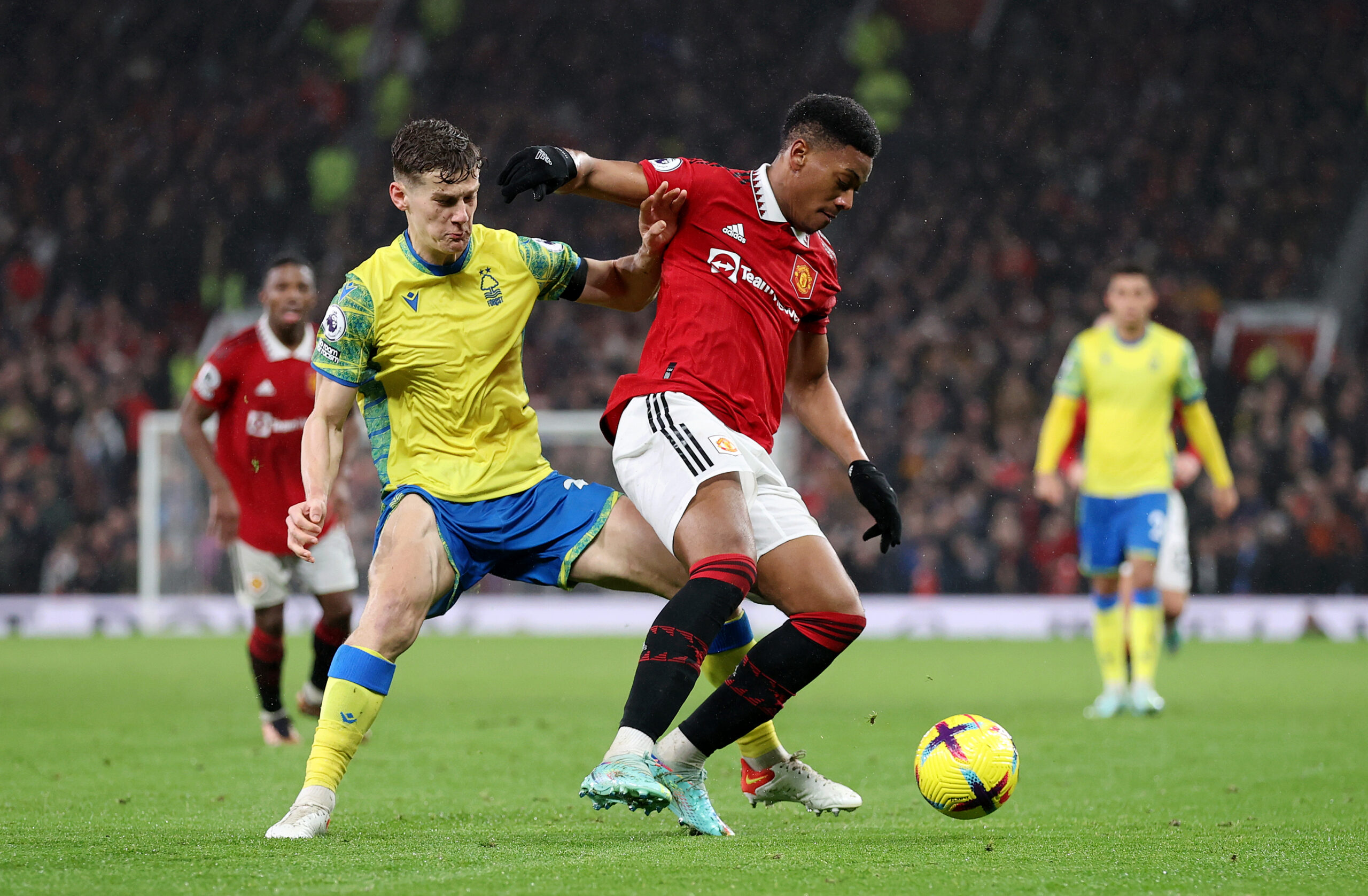 Keen to put one foot in the Carabao Cup final, Nottingham Forest and Manchester United renew hostilities at the City Ground in the first leg of their semi-final tie on Wednesday.

The upcoming encounter has all the makings of a lopsided contest as the Tricky Trees fight tooth and nail to secure Premier League survival while the Red Devils aim for another top-four finish.

Not long ago, many people deemed Steve Cooper’s side the hottest relegation candidates before an impressive run of four unbeaten league matches (W2, D2) steered Forest outside the drop zone.

Forest left it late to eke out a point at the Vitality Stadium on Saturday as Sam Surridge’s 83rd-minute equaliser nullified Bournemouth’s 1-0 lead, moving them four points clear of the 18th-placed Cherries.

A hard-earned 1-1 draw against fellow promoted rivals forms part of their three-match unbeaten run in all competitions (W1, D2), including a penalty shootout win over Wolverhampton Wanderers in the last Carabao Cup tie.

United’s path to the semi-finals was much more straightforward as Erik ten Hag’s men romped past third-tier Charlton Athletic 3-0 at home to get on the cusp of a flattering milestone.

If the Red Devils fulfil their status as odds-on favourites in this tie, they will become the second side in Carabao Cup history to advance into the title decider on ten occasions.

But despite United’s valiant effort at the Emirates Stadium on Sunday, they suffered a late 3-2 defeat to runaway Premier League leaders Arsenal, squandering the chance to soar back into the title race.

In addition to going unbeaten in their last eight competitive home fixtures (W4, D4 – 90mins only), Forest have suffered just one loss in their previous ten Carabao Cup ties at the City Ground (W7, D2).

A vibrant atmosphere at the City Ground could be the catalyst to inspire the Tricky Trees’ hopes of arresting an underwhelming streak of seven consecutive defeats to Man Utd in all competitions.

However, if they lose again, it will be the first time they’ve lost eight matches against specific opposition in a row.

Before slipping to a late heartbreak in north London, United had gone unbeaten in ten consecutive fixtures beforehand (W9, D1), thanks to Marcus Rashford’s standout exploits in the post-World Cup period.

The free-scoring English forward broke the deadlock at the Emirates, which means he has been on the scoresheet in nine of his ten domestic appearances since club football’s resumption in December.

Rashford has netted nine goals in his last ten Carabao Cup outings, which bodes well for United’s attempt to extend a club-record run of five consecutive away victories in the competition.

Forest vice-captain Ryan Yates had to stay in the dressing room at half-time against Bournemouth due to illness and is now facing a race against time to be fit.

Cooper cannot call upon winter signing Chris Wood, who’s cup-tied for this contest following his exploits with Newcastle United earlier in the season.

As for United, Donny van de Beek, Jadon Sancho and Diogo Dalot are still on the sidelines nursing injuries, while there’s still hope for Anthony Martial to rejoin the fold in time.

United put Forest to the sword down the final stretch of 2022, sailing to a comprehensive 3-0 home win in the Premier League, but the narrative could change at the newly-fortified City Ground.

Cooper’s men have scored in ten consecutive home outings in all competitions, and we can picture them giving the Red Devils a run for their money.

But we still expect United to secure a narrow first-leg lead.