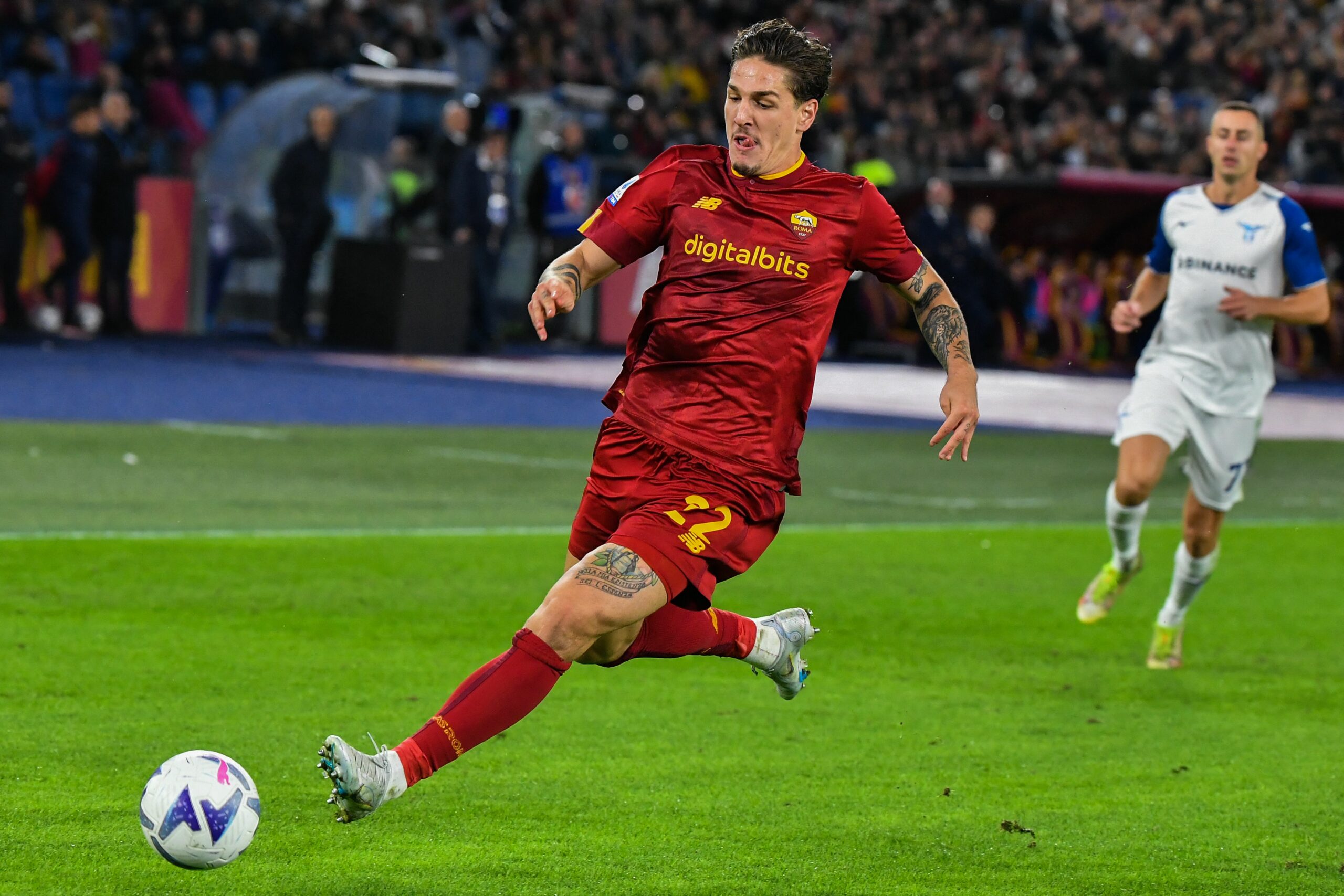 AS Roma forward Nicolo Zaniolo has been offered to Ligue 1 giants Paris Saint-Germain, according to Calciomeracto.com.

Zaniolo’s future has been the hot topic of discussion over the past few days, with Giallorossi reportedly ostracising him from the squad to have his future resolved.

The Italian capital club have no intentions of playing him until the end of the January transfer window, and he could leave Stadio Olimpico.

From AC Milan to Tottenham Hotspur, Zaniolo is awash with suitors. Roma want around €30 million to part ways with their prodigious talent.

PSG are the latest club to join the race, and they have been offered the chance to sign the Italian forward in January.

Les Parisiens are scouring the market for a winger following the departure of Pablo Sarabia to Wolverhampton Wanderers.

Zaniolo’s profile aligns with the requirement of Christophe Galtier’s side, but his consistency and productivity in front of the goal remain a big concern.

The 23-year-old is not a finished product and has a long future ahead of him, but it remains to be seen whether PSG would be willing to bet on him.

Spurs are leading the race to sign Zaniolo, while Brighton & Hove Albion have also expressed their interest recently in a bid to find a replacement for Leandro Trossard.

Bundesliga giants RB Leipzig are also in the mix, meaning that there is a tug-of-war on the cards for Zaniolo.

Giallorossi have prepared for the future without Zaniolo as Tammy Abraham, Paulo Dybala and Lorenzo Pellegrini remain the first-choice attackers for Jose Mourinho.

New signing Ola Solbakken may step up if Zaniolo leaves Roma in January.