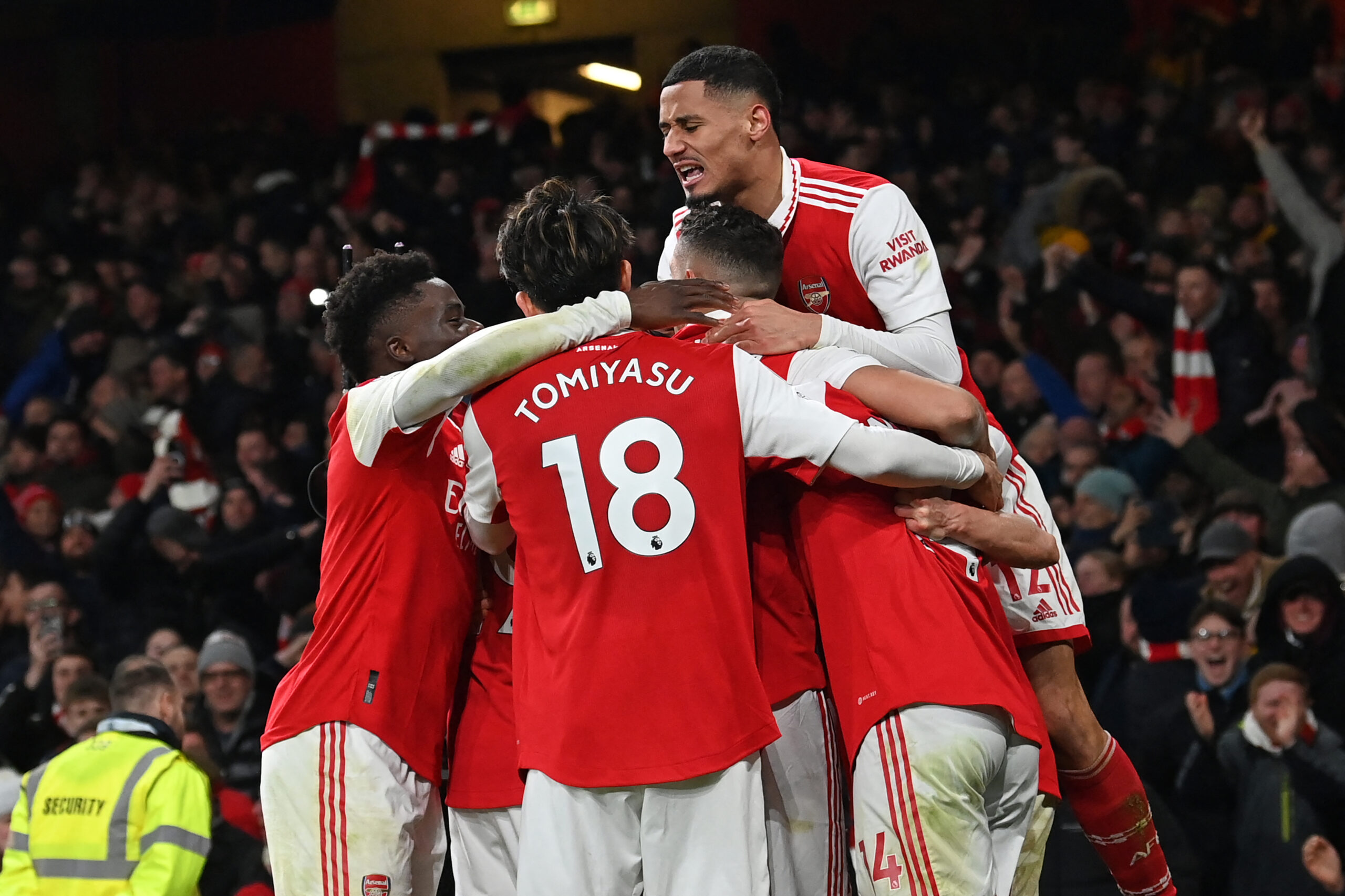 Arsenal hit a last-gasp winner in a thrilling match against Manchester United at the Emirates Stadium.

It was a fast-paced start to the game, with the visitors taking an early lead. Bruno Fernandes nicked the ball off Thomas Partey before laying off for Marcus Rashford, who unleashed a powerful strike in at the near post from distance.

However, the lead lasted just seven minutes. Granit Xhaka played a cross to the back post for Eddie Nketiah to convert with a close-range header.

Both sides had opportunities to get themselves in front before the break. Gabriel Martinelli had a couple of efforts off target, while Scott McTominay saw his bending shot palmed wide by Aaron Ramsdale.

The second half began similarly, as Bukayo Saka gave Arsenal the lead. The youngster picked up the ball from Takehiro Tomiyasu and arrowed a shot into the far corner for his seventh of the campaign.

But, much like the first half, the scores were soon levelled. Ramsdale failed to hold onto Christian Eriksen’s corner, allowing Lisandro Martinez to loop a header into the net.

Heading into the closing stages, the Gunners pressed for a winner. Saka’s deflected attempt clipped the post, and Nketiah’s shot was well saved by David de Gea.

But their pressure eventually told, as the league leaders grabbed a winner in the 90th minute. Martin Odegaard’s mis-hit shot fell into the path of Nketiah, who deftly diverted it into the net.

The victory keeps Arsenal five points clear at the top of the league with a game in hand on second-placed Manchester City. As for Man United, they drop to fourth place, falling below Newcastle United on goal difference.

Aaron Ramsdale (5/10) – Made a couple of saves, but also had some shaky moments. Poor for Martinez’s goal.

William Saliba (7/10) – Also fairly solid at the back. Couldn’t do much about either goal.

Oleksandr Zinchenko (8/10) – Coped with Antony very well and provided relentless energy down the left. Contributed to the winner.

Granit Xhaka (7/10) – Fought for every ball and maintained some level of control in midfield.

Bukayo Saka (8/10) – A constant threat. Lit up the game with a stunning strike.

Gabriel Martinelli (7/10) – Got into plenty of promising areas, although his shooting was a bit wayward.

Eddie Nketiah (9/10) *MOTM* – Always in the right place. Won the game with two goals and could have had another.

David de Gea (6/10) – Made one very good save from Nketiah late on. Looked questionable with the ball at his feet.

Aaron Wan-Bissaka (4/10) – Left Nketiah unmarked for his first goal. Shaky on the ball. Offered nothing going forward. A poor display.

Raphael Varane (7/10) – Thwarted a few Arsenal attacks by being in the right place. Perhaps a bit unlucky to have conceded three.

Lisandro Martinez (7/10) – Made a couple of important tackles, most notably one to deny Xhaka. Took his goal well.

Luke Shaw (5/10) – Struggled with the threat of Saka. Fared a bit better when Fred was brought on.

Scott McTominay (5/10) – Didn’t offer much at either end. Had one shot well saved in the first half.

Christian Eriksen (5/10) – Contributed more in defence than in attack. Didn’t create much.

Antony (5/10) – Tried to make something happen but his final ball wasn’t there. Substituted in the second half.

Bruno Fernandes (5/10) – Won the ball high up the pitch for the opener. Otherwise not very involved.

Marcus Rashford (7/10) – Scored a cracking goal. Pace proved to be a threat.

Wout Weghorst (6/10) – Linked up well and worked hard. Didn’t ever look like scoring.