Feyenoord vs Ajax Preview – Prediction, how to watch & potential line-ups 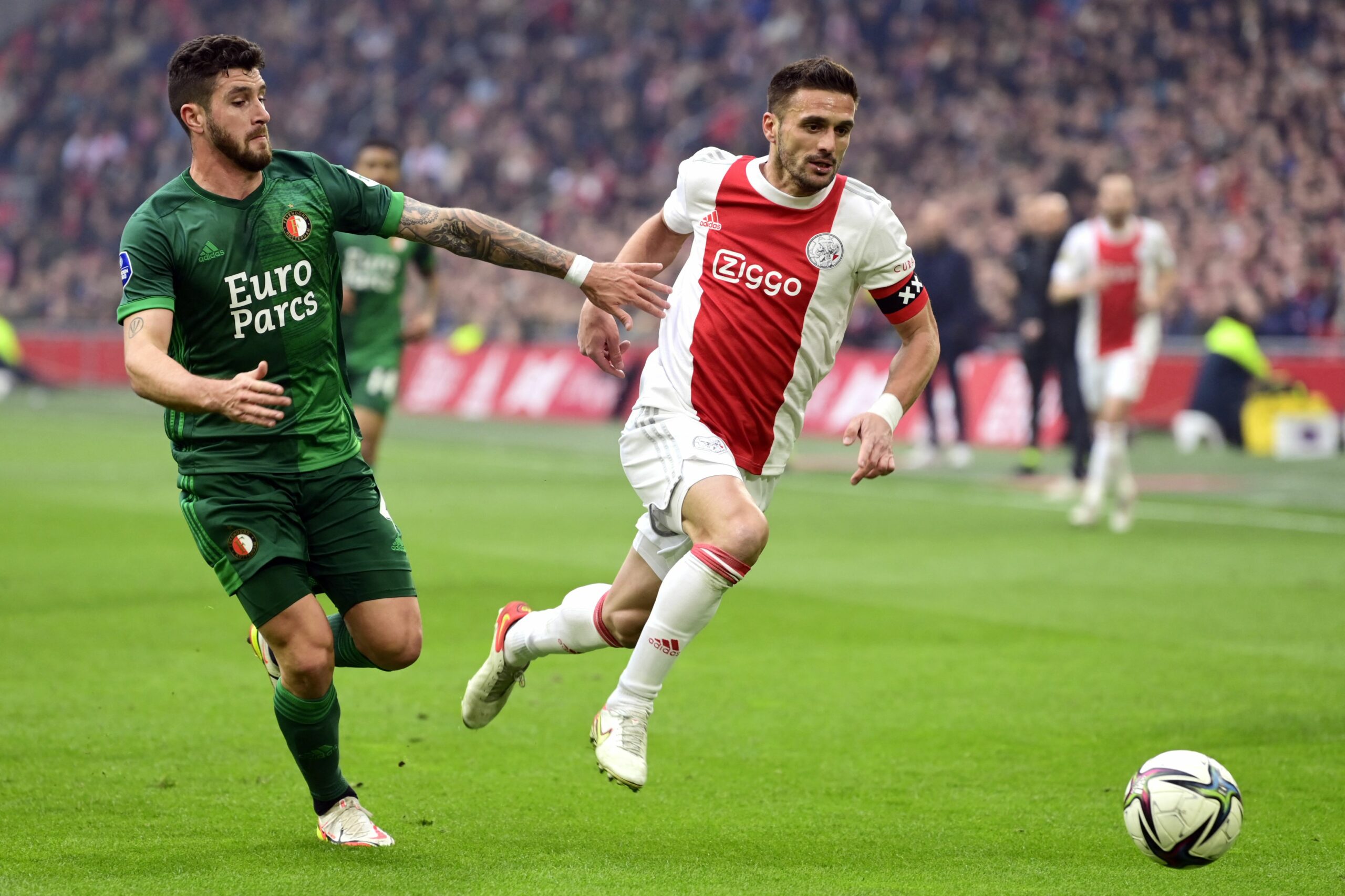 One of the most highly awaited fixtures on the Eredivisie calendar pits current leaders Feyenoord and back-to-back champions Ajax at De Kuip on Sunday afternoon.

Seeking their first top-flight triumph since 2016/17, De club aan de Maas will be looking to prove their title credentials in the latest edition of ‘De Classic’ in front of their famous home support.

Feyenoord made their return to post-World Cup Eredivisie action with an underwhelming 1-1 draw at Utrecht on January 8 before a 3-0 humbling of Groningen last time out.

Largely unthreatened throughout the season, Arne Slot’s men have only lost once in the opening 16 league matchdays (W11, D4), going down 4-3 at PSV Eindhoven in mid-September.

Speaking of complacency, tucked into a false sense of security after convincingly conquering the Eredivisie in the last two seasons, visiting Ajax have let the vanity get the better of them this term.

Since it’s been three months since they last won a game in the Dutch elite competition (D4, L1), the alarm bells are ringing loudly in Amsterdam, with manager Alfred Schreuder suffering tremendous pressure.

Except for the signing of goalkeeper Geronimo Rulli from Villarreal, the Lancers have stayed relatively quiet in the winter transfer window despite languishing five points adrift of Feyenoord.

De Kuip has been a synonym for a fortress this season, with Feyenoord coming into this gameweek as one of only two Eredivisie sides yet to lose a home league match in 2022/23 (W5, D2).

Slots’ men haven’t lacked conviction either, as eight of their 11 top-flight triumphs this term have featured a winning margin of 2+ goals, including five out of six on home turf.

Feyenoord’s attacking set-up usually sparks to life beyond half-time. Ten of their 16 league goals have come in the second half, suggesting they could be a nuisance in the later stages.

Ajax’s hopes of winning a third consecutive Eredivisie title have been plagued by an underwhelming run of four straight league draws, with their bid to secure a Europen finish in doubt too.

Should they fail to prevail in Rotterdam and other results don’t go their way this weekend, the Lancers could finish this round as low as fifth, highlighting the pressure on Schreduer’s shoulders.

Despite winning their last three league visits to Feyenoord by 2+ goals ‘to nil,’ Ajax cannot take anything for granted following an abysmal start to the new calendar year.

Some traditions are made to be broken and we expect the home side to turn their fortunes around and make a giant step toward ending a six-year wait for the Eredivisie title.