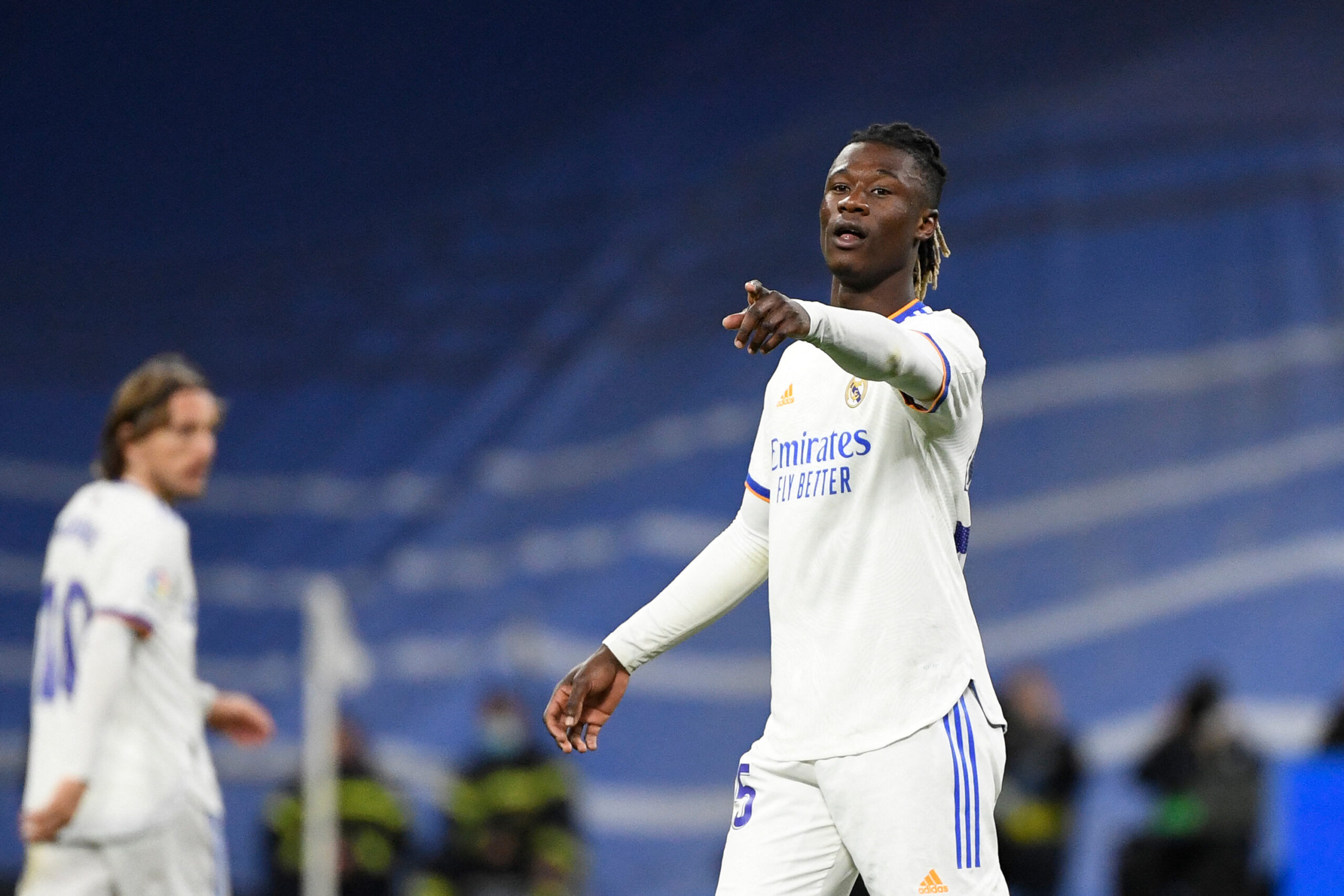 The agent of Eduardo Camavinga has broken his silence over the reported loan interest from Arsenal and Chelsea in the Real Madrid midfielder.

The Frenchman is currently in his second season with the European champions and he has already made 66 appearances across all competitions.

However, the 20-year-old has yet to cement a regular starter role. He has averaged just 40 minutes per outing this term under manager Carlo Ancelotti.

It was recently speculated that Arsenal and Chelsea could attempt to sign him on loan this month, but his agent Joshua Barnett has dismissed those claims.

Speaking exclusively to Fabrizio Romano, he said: “There’s no truth. Of course every club in the world would want him, but he’s very happy in Real Madrid and Real Madrid are very happy with Camavinga.”

The news will come as a blow for the London giants who are aiming to reinforce their defensive midfield department before the end of January.

Chelsea initially failed with an approach to land Benfica’s Enzo Fernandez while they have also had a bid knocked back for Brighton & Hove Albion’s Moises Caicedo.

The option of Camavinga has also been ruled out and they may have to look elsewhere for a new holding midfielder before the transfer window closes.

Arsenal are not pursuing any other targets at the moment. They seem to be doing their business secretly after the setback on Mykhaylo Mudryk.

The club have recently secured a deal for Spezia defender Jakub Kiwior. The transfer came out of the blue with no speculation in the days leading up.

Both London clubs should be active in the coming days as they look to strengthen their squads for different objectives in the second part of the season.

Chelsea will be aiming to close the gap on the Premier League top four. Arsenal will be eyeing a league title which seemed unlikely when the season began.