Barcelona vs Getafe Preview – Prediction, how to watch & potential line-ups 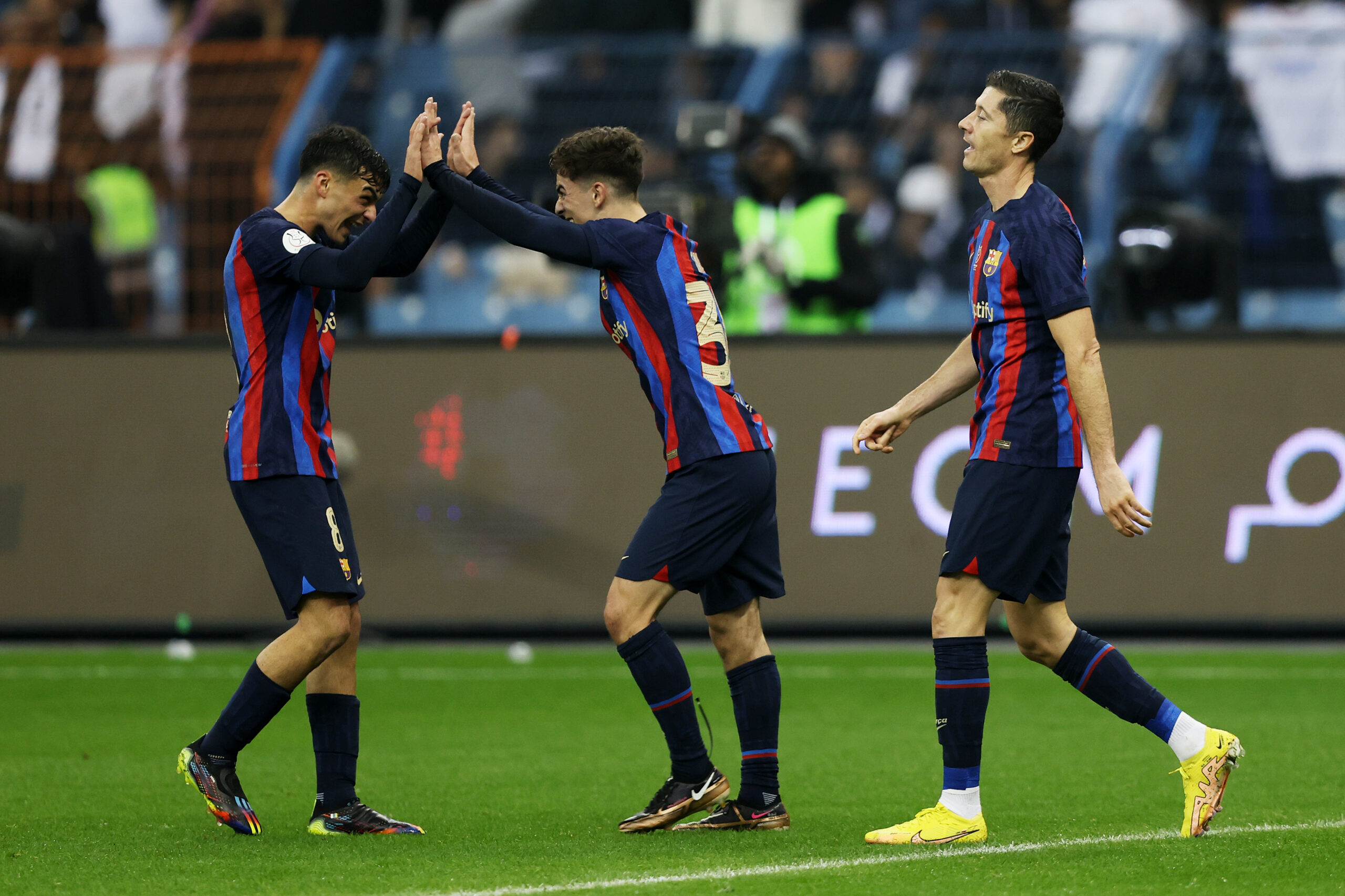 Back to La Liga action after a fortnight of cup duties, pacesetters Barcelona welcome perennial bottom-half strugglers Getafe to the Spotify Camp Nou on Sunday.

Xavi Hernandez broke his trophyless duck as a Barcelona manager last week, guiding his side to an emphatic 3-1 victory in Saudi Arabia-held Supercopa de Espana final against Real Madrid.

The Poland captain followed up his Super Cup exploits with a second-half brace during a 5-0 obliteration of lower-league outfit Ceuta in midweek Copa del Rey action.

However, Lewandowski won’t be in contention due to a red-card suspension, which may give visiting Getafe a glimmer of hope amid their dreaded fight against relegation.

Quique Sanchez Flores’ men have lost both La Liga matches since the calendar year flipped to 2023 via an identical 2-1 scoreline, slipping to 15th, level on points with 18th-placed Real Valladolid.

Another season-long battle to hold onto their top-flight status keeps Getafe firmly on their toes, but there’s a feeling they’ll have to look for much-needed points elsewhere.

While the incentive of registering a first-ever victory at Camp Nou is as powerful as the visitors’ bid to arrest a woeful three-game losing start to 2023, there’s a substantial gulf in class between the sides.

As the most formidable defensive unit in Spain’s top flight, Xavi’s men have conceded just once in eight home league outings this term (W6, D2) courtesy of Joselu’s penalty in a 1-1 draw with Espanyol earlier this month.

Equally impressive on the other side of the pitch, the Catalan giants have scored in 15 consecutive La Liga fixtures since a tepid 0-0 home draw against Rayo Vallecano on matchday one.

So synonymous with a relegation fight, Getafe go into proceedings amid an indifferent five-match league form on the road (W1, D2, L2), including back-to-back one-goal margin losses in the last two away games.

Camp Nou has never been a happy hunting ground for El Geta as they’ve failed to win any of their 17 La Liga visits to this venue (D4, L13), going down in their last four away league meetings with Barcelona.

Getafe’s nightmarish record at Camp Nou will likely extend if the Blaugrana draw first blood, with Flores’ side losing all four away league matches in which they’ve conceded the opening goal this season.

Barcelona vs Getafe, alongside all other Blaugrana matches this season, is available to watch live online via Barcelona live streams.

Barcelona have been on a roll since slumping to an underwhelming home draw against cross-town rivals Espanyol in their 2023 La Liga opener, while Getafe cannot catch a break in the new year.

Anything other than the Blaugrana’s overwhelming triumph would be a surprise, but even without Lewandowski, we expect Xavi’s men to pack a punch on Sunday.