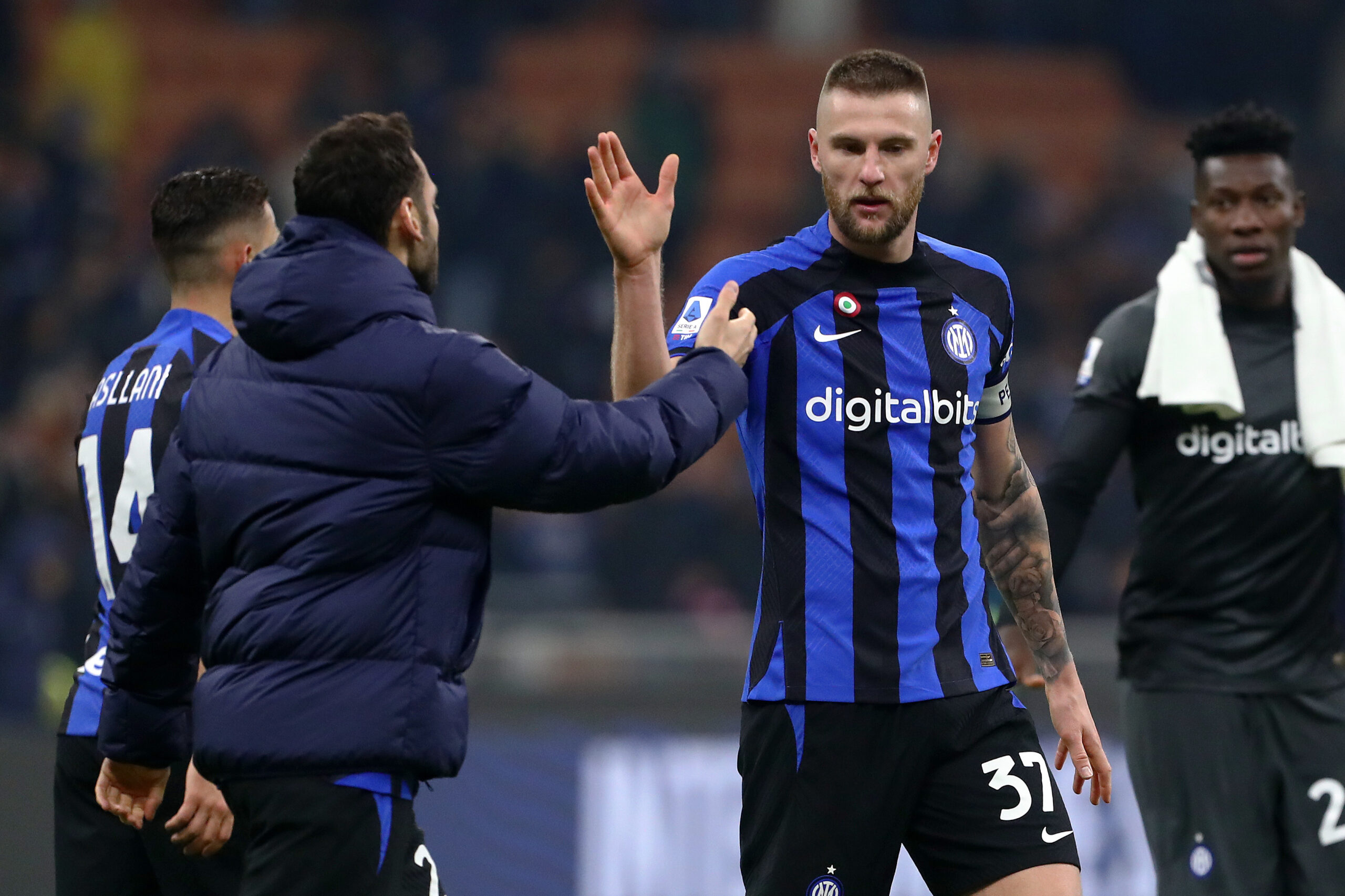 Inter Milan defender Milan Skriniar’s future continues to hang in the balance, with his contract at San Siro expiring next summer.

Talks over a contract extension have been going on for months but with no positive outcome.

Skriniar was placed on the transfer market last summer as Inter worked to balance the books amid their financial crisis.

Paris Saint-Germain were keen to sign the Slovak, but they failed to meet Inter’s €60 million valuation, which eventually saw him stay at the San Siro.

Inter have changed their stance on Skriniar in recent months, making it clear he is central to the club’s future and no longer for sale.

However, the negotiations haven’t gone in the direction Inter wanted, with Skriniar delaying the decision on his future.

A recent report from Gianluca Di Marzio states that the 27-year-old hasn’t given the green light for Inter’s renewal offer for the time being.

The news could be the final nail in the coffin for the Nerazzurri, who have made a last-ditch proposal of around €7 million per season, including bonuses.

Although it is not his final decision, Skriniar seems to be leaning towards an exit from San Siro after receiving lucrative offers from several European heavyweights.

Inter must decide quickly whether to keep the Slovakian centre-back past January, as he could leave for free next summer if he does not sign an extension.

The Nerazzurri’s economic condition hasn’t improved, and they can only generate funds with the sales of players.

Skriniar remains on the radar of top European clubs, and Inter can make considerable money from his transfer in January.

But the catch is that Inter will have to find a replacement for the Slovak – which wouldn’t be easy at all – with only a few days left in the winter transfer exchange.