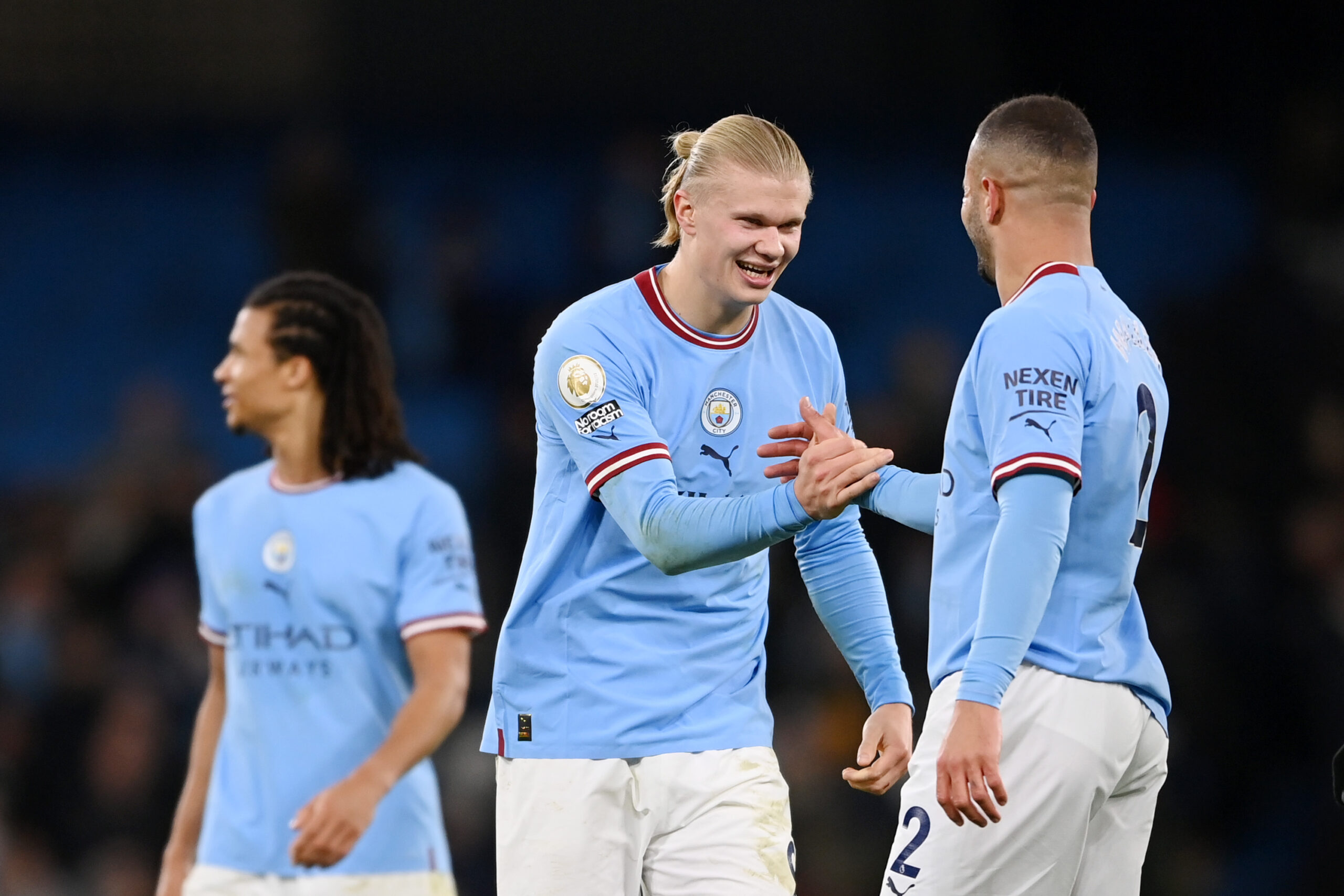 Pep Guardiola’s side pulled off a stunning second-half comeback in midweek league action, turning a 2-0 half-time deficit into a 4-2 triumph against top-four hopefuls Tottenham Hotspur.

Having cut down the gap on pacesetters Arsenal to five points, the Cityzens bid to whittle it down even further with a win over a Wolverhampton side they’ve defeated in five straight top-flight duels.

With Erling Braut Haaland back on the scoresheet after drawing a blank in back-to-back Premier League appearances, Man City can be confident about their effort to win consecutive league fixtures for the first time since November.

Confidence is in short supply in the Wolverhampton camp following Tuesday’s FA Cup heartbreak against Liverpool as Harvey Elliott’s 13th-minute strike dispatched them 1-0.

However, the Spaniard has led his team to two wins in four Premier League contests (D1, L1), as many triumphs as they had in the previous 15 outings under Bruno Lage (W2, D3, L9).

That has helped Wolves find a way out of the relegation zone, but with 18th-placed West Ham United only two points below, there’s no time for celebration.

Man City have been a formidable opposition at the Etihad, as they’ve suffered just one defeat across their last 16 Premier League games on home soil (W13, D2), spanning back to the 2021/22 season.

Even if they concede first, the Cityzens should have enough strength to bounce back, considering they’ve notably won their last five league matches after going two goals down.

Guardiola has already embarrassed Lopetegui this season, guiding Man City to an overwhelming 4-0 home triumph over Sevilla in the Champions League group stages.

However, the Spanish manager has improved Wolves’ traditionally underperforming frontline, with the team averaging a goal per league game under his tutelage, compared to 0.5 per game before his arrival.

That could inspire the visitors’ hopes of ending a five-match losing streak against defending Premier League champions, with their last win against the reigning holders coming at the Etihad in October 2019.

Manchester City vs Wolverhampton Wanderers, alongside all other fixtures in England’s top flight, is available to watch online via live Premier League streams.

Wolves have regained some confidence under Lopetegui, but winning at the Etihad seems too much of an ask for a side lamenting the worst scoring ratio in the Premier League.

Following a morale-boosting win over Tottenham, Man City are in a prime position to build momentum and we back them to cruise to a landslide victory.