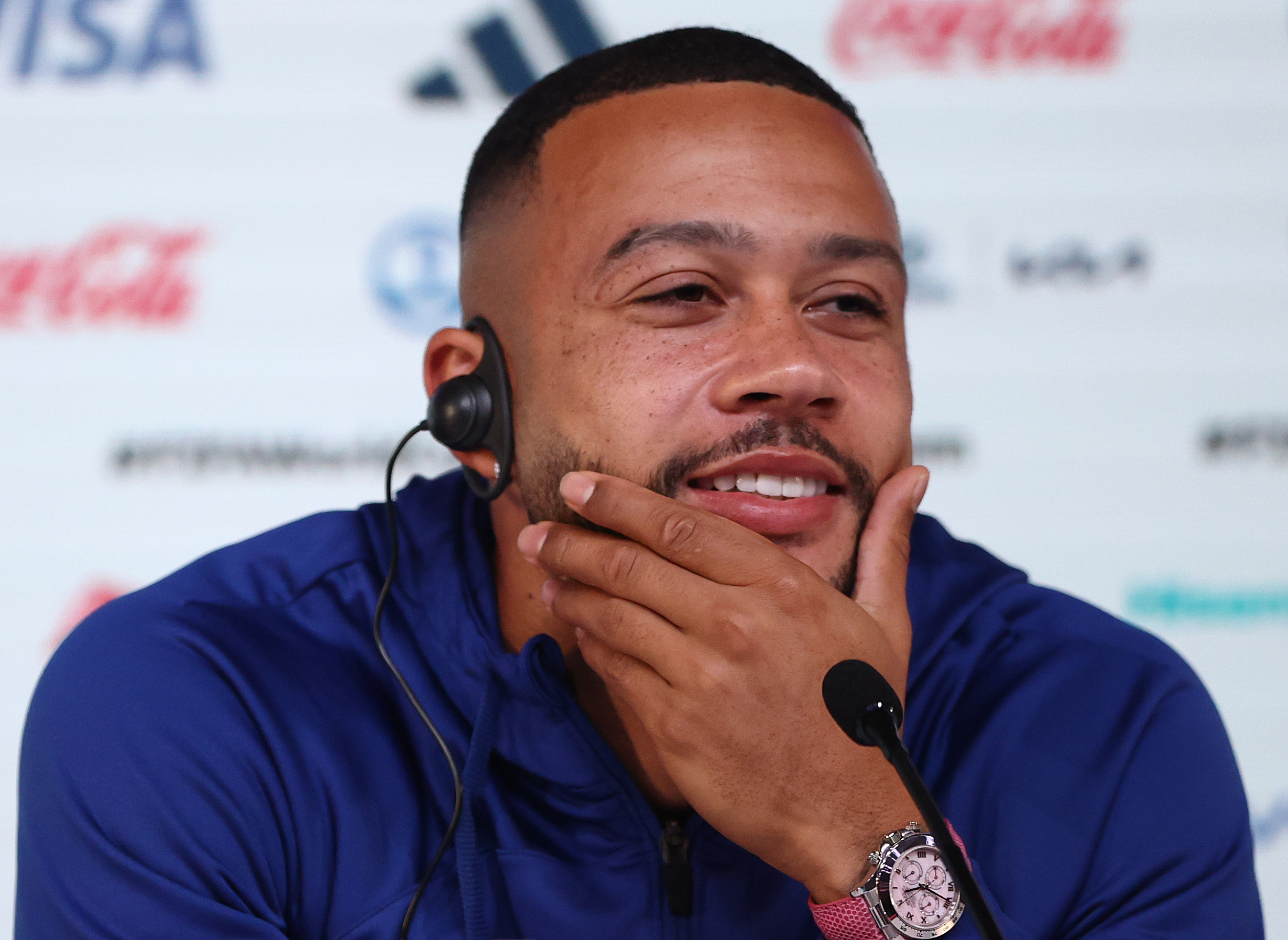 Atletico Madrid have completed the signing of Memphis Depay from Barcelona today on a two-and-a-half-year deal until 2025.

The 28-year-old trained with his teammates yesterday after missing a session with Barcelona.

Depay joins Atletico hoping to help them secure a Champions League spot with the La Liga title seemingly out of reach.

They have advanced to the quarter-final of the Copa del Rey, where they will face Real Madrid, but have crashed out of this season’s UCL.

Atletico have paid €3 million for Depay, who will replace Joao Felix in the squad.

Depay brings a wealth of experience, versatility and a final third threat for Diego Simeone’s side. He has spent the last two seasons with Barcelona and knows the league well.

The former Olympique Lyonnais forward joined Barcelona in 2021 on a free transfer, signing a two-year contract. He spent four seasons in France after a rough spell in England with Manchester United.

He scored 14 goals and assisted two more for Barcelona despite struggling with niggling injuries.

Depay is an adept scorer and creator. He prefers to receive the ball in the left inside channel before turning and creating danger.

However, Depay also functions well as a striker due to his back-to-goal play, which allows him to hold up and link-up play with his teammates.

Depay is also an experienced Dutch international. He has bagged 43 goals and 29 assists in 86 games for the Oranje. He is also very close to breaking Robin Van Persie’s all-time scoring record for the European nation (50).

He is a solid attacking addition to Los Colchoneros, and they will find solace in their previous dealings with Barcelona.

David Villa and Luis Suarez joined them from the Supercopa de Espana champions and helped them achieve domestic success.

Depay has experience helping teams win titles. He played a key role as PSV Eindhoven won the 2014/15 Eredivisie title, finishing as the top scorer with 22 goals that term.