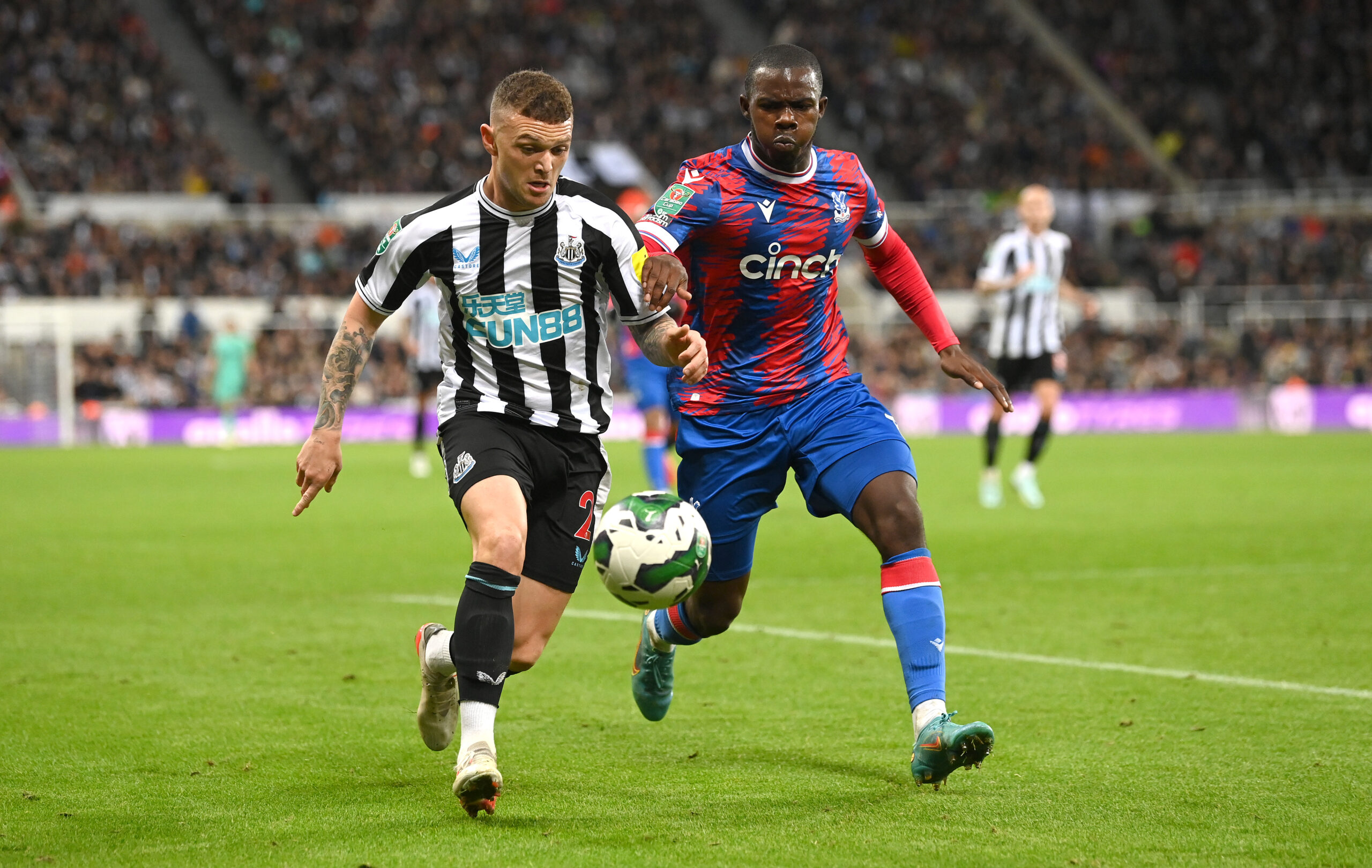 Saturday’s Premier League action closes out with an exciting encounter between Crystal Palace and Newcastle United at Selhurst Park.

Michael Olise fired a late long-range free-kick beyond David de Gea via the underside of the bar to haul back Manchester United’s 1-0 half-time lead and help Palace to a morale-boosting 1-1 midweek draw.

Winless in five of six post-World Cup fixtures (D1, L4), Patrick Vieira’s men may not have to sweat over the safety of their top-flight status just yet, but it could soon change.

Visiting manager Eddie Howe has every intention of getting back at a Palace side he laments a negative managerial record against (W5, D5, L6) and achieving equilibrium in all-time H2H stats.

But while his high-flying Magpies are enjoying their second-best halfway points tally in the Premier League this millennium, it’s hard to overlook their growing scoring issues.

The visitors wouldn’t mind another evenly-contested success as they already boast a healthy five-point lead on fifth-placed Tottenham Hotspur and look in a prime position to land a long-awaited top-four finish.

Ominously for the Eagles, they have lost their last eight top-flight fixtures on home turf in the Saturday 5.30 pm kick-off slot via an aggregate score of 19-6, most recently winning such a contest in 2015.

But Palace can take confidence from holding Newcastle to a couple of tepid 0-0 draws this season, including a penalty shoot-out defeat in the Carabao Cup in November.

Selhurst Park has often been a happy hunting ground for Newcastle as they’ve lost just two of their 11 Premier League visits to this venue (W5, D4), most recently going down in February 2020.

That solidifies their hopes of achieving a piece of history this weekend, as after going unbeaten in their last 14 Premier League games (W9, D5), they could make it 15 in a row without losing for the first time.

Newcastle’s propensity for taking control of away proceedings from the get-go bodes well, with only Arsenal going toe-to-toe with their league-low tally of just one first-half away goal conceded before half-time.

Crystal Palace vs Newcastle United, alongside all other fixtures in England’s top flight, is available to watch online via live Premier League streams.

Although Palace have already kept Newcastle out twice this season, it is too much of an ask to back the hosts to land another blank sheet against top-four hopefuls.

Even without midfield metronome Bruno Guimaraes, the Magpies have cemented their status as a force to be reckoned with in the Premier League, even fending off runaway leaders Arsenal on New Year’s Day.

While this contest is unlikely to be a goal-laden affair, we expect both sides to score in a match having a share of the spoils written all over it.