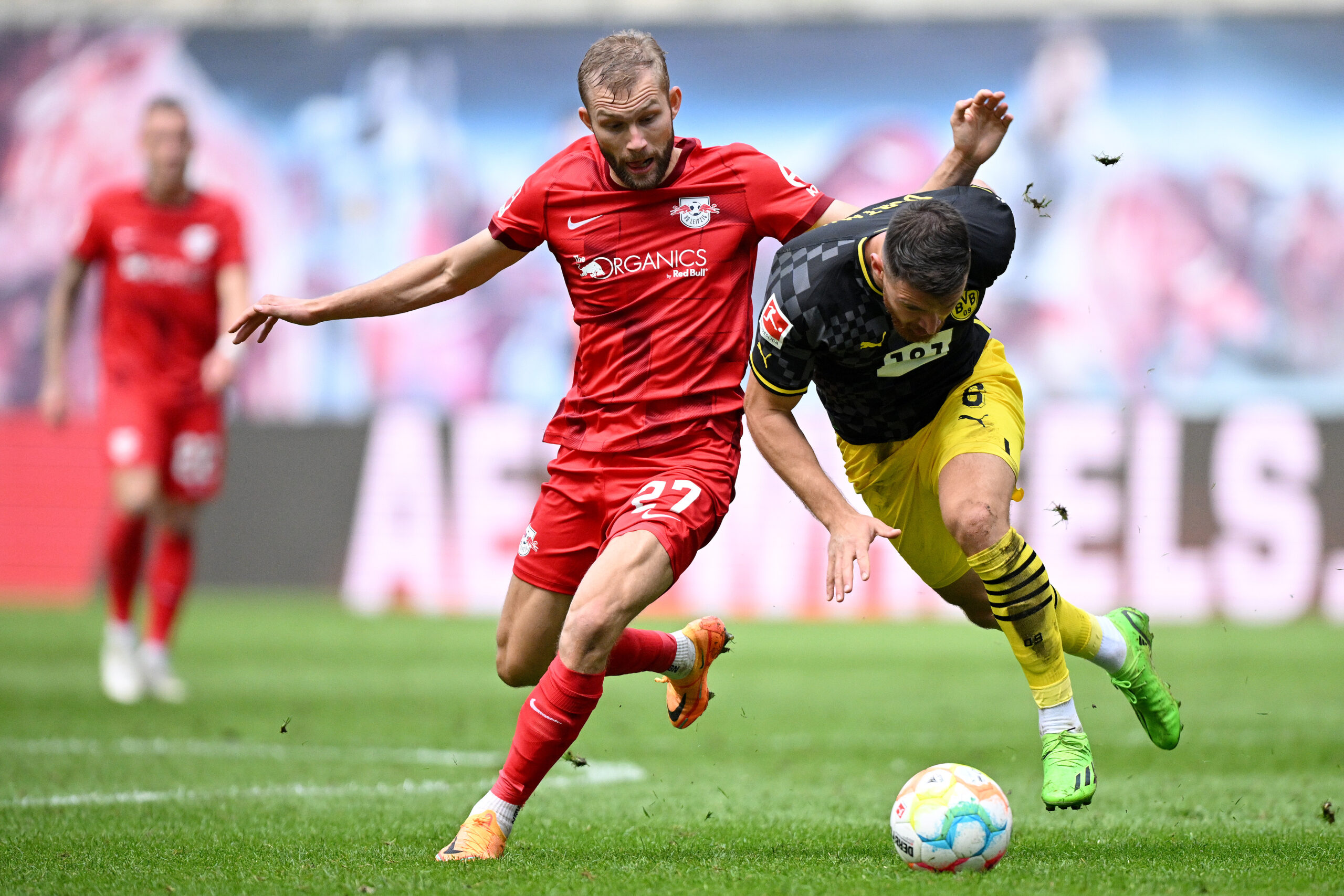 Bayern Munich have completed the deal for RB Leipzig midfielder Konrad Laimer for a summer transfer, according to transfer expert Fabrizio Romano.

The Bavarians have been working on the deal for several months, and they have finally reached an agreement for the free transfer of Laimer.

Bayern tried to sign the Austrian last summer but to no avail. However, Julian Nagelsman has remained persistent in reuniting with his former protege.

The deal will become effective from July 1, and the official announcement is expected soon.

Laimer has been one of the most underrated midfielders in the Bundesliga over the last few years, despite being instrumental in Leipzig’s astonishing rise in Europe.

The 25-year-old will follow in the footsteps of a handful of players who have had great success elsewhere after leaving Leipzig.

Laimer will be the third successful raid by Bayern from Die Roten Bullen after Dayot Upamecano and Marcel Sabitzer.

Upamecano has grown in stature since his move to Allianz Arena in 2021, helping the Bavarians win the Bundesliga title last season.

The French defender was also an integral part of Didier Deschamps’ side that finished runners-up at the World Cup in Qatar after losing to Argentina in the final.

Sabitzer has experienced mixed fortunes with the Bavarians, and he is yet to convince Nagelsmann of a regular spot in the starting XI.

Laimer has been sidelined with injuries this season, making only four appearances in the Bundesliga.

The Austrian international will face competition from Joshua Kimmich, Leon Goretzka and Ryan Gravenberch for his place at Allianz Arena.

The Bundesliga champions have already completed the transfer of Daley Blind and are on the verge of signing goalkeeper Yann Sommer from Borussia Monchengladbach.