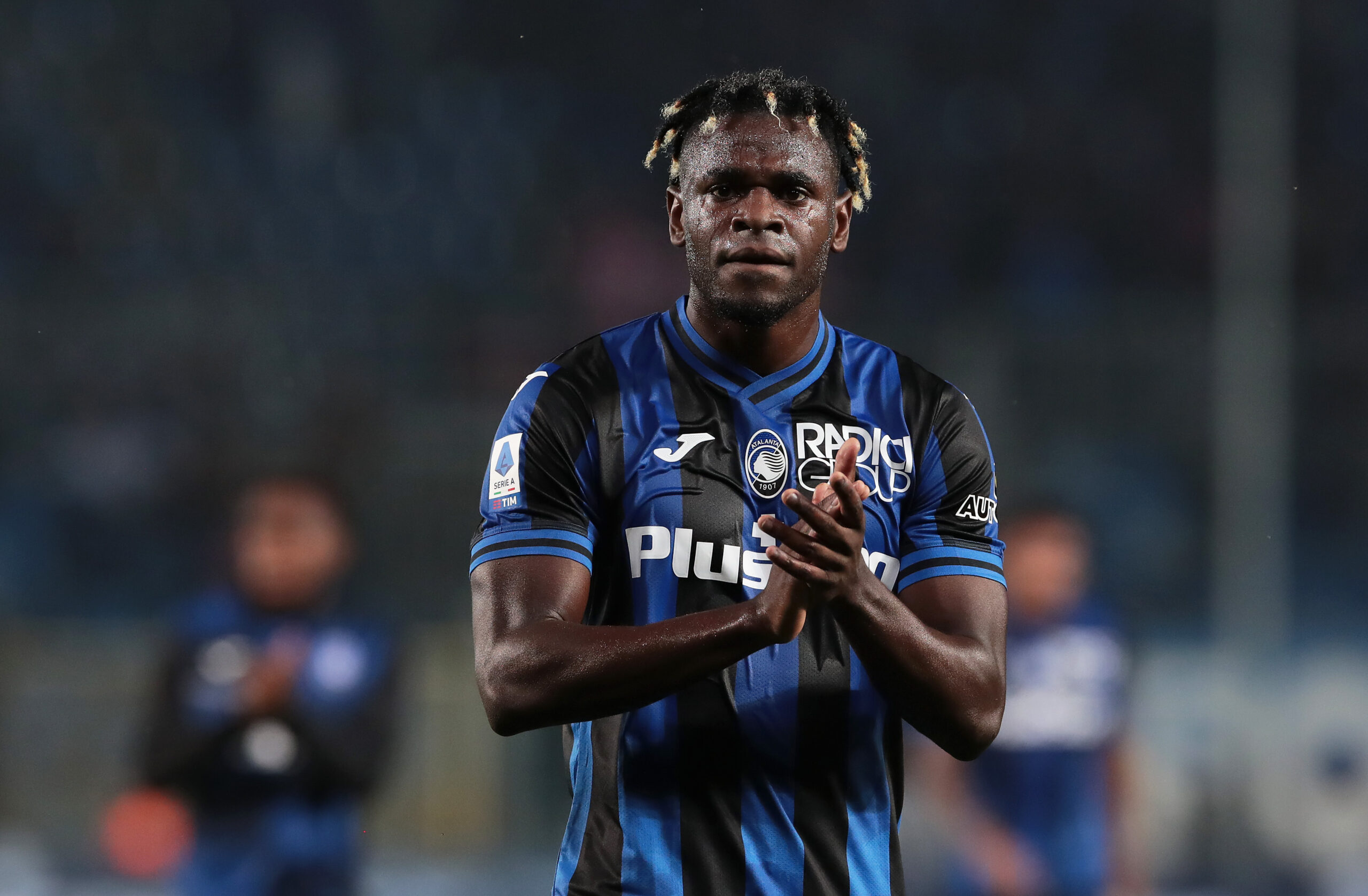 West Ham United and Everton are interested in bringing Atalanta striker Duvan Zapata to the Premier League this month, according to the Daily Mail.

The Colombian international hitman, 31, is also wanted by Nottingham Forest, but suitors will need to put their money where their mouth is as the Serie A club value him at £25 million.

Zapata reportedly prefers a move to London if he leaves Atalanta before the end of the January transfer window, which could give West Ham an advantage in the race for his signature.

The Hammers are 18th in the Premier League table after 19 games, while Everton are in 19th place.

Forest are just five points clear of the relegation zone in 13th place, and Zapata will be playing for survival if he joins any of the trio interested in recruiting his services.

The Toffees have already seen Atalanta knock back a loan move for the South American powerhouse, and Financial Fair Play restrictions could stop them from meeting the Italians’ demands for a sale.

That leaves manager Frank Lampard in a very tricky situation, but Steve Cooper has no such issues at the City Ground.

They still have room for more as they look to survive the drop upon their return to the Premier League for the first time since 1999.

Zapata has netted a goal and an assist in 12 Serie A games this term, but he scored 95 goals over the previous seven league campaigns and a change in environment could get him firing on all cylinders again.