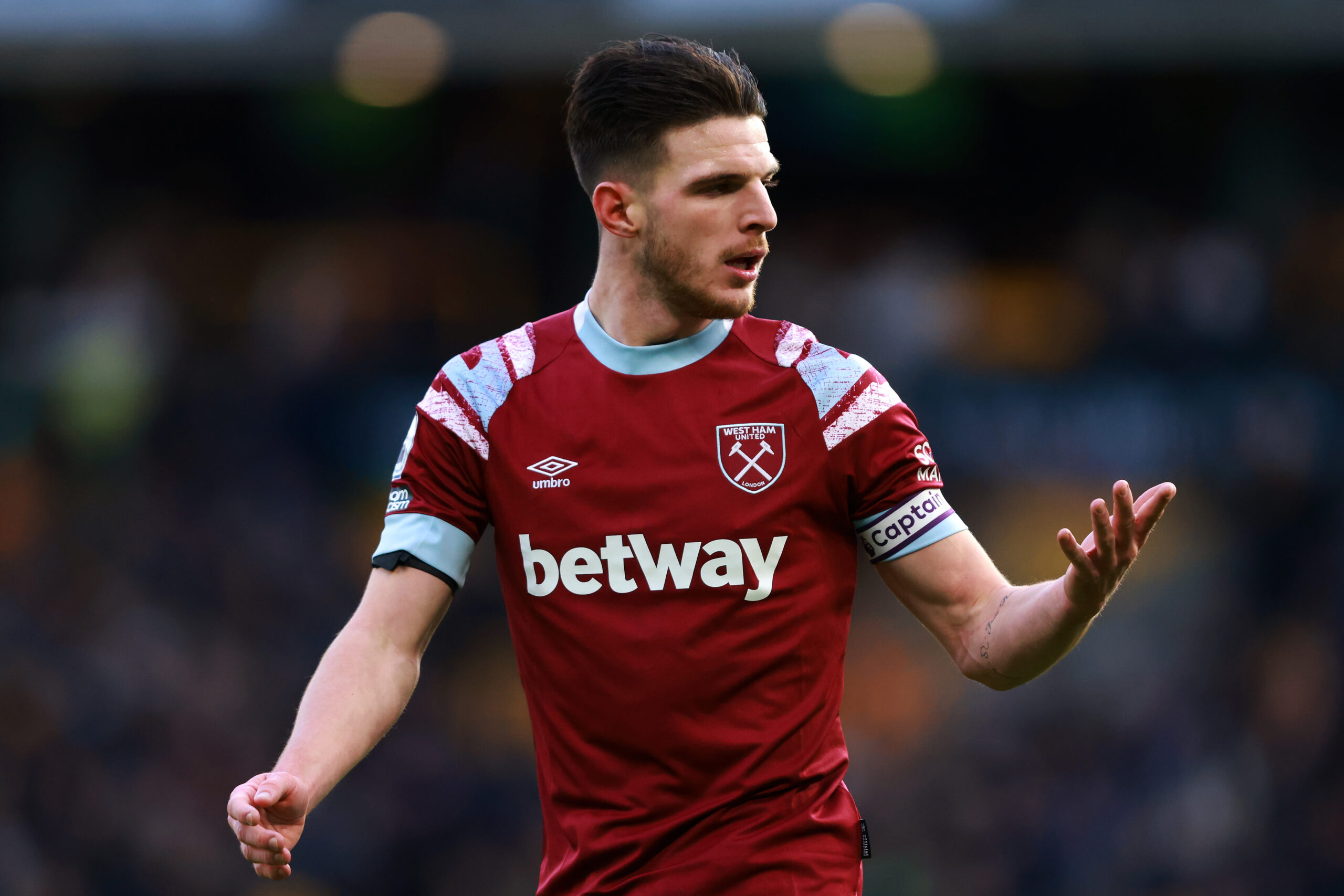 West Ham United midfielder Declan Rice looks destined for a move away from the London Stadium next summer, especially with the Hammers currently embroiled in an unwanted relegation battle.

Premier League big boys Chelsea and Arsenal have been touted as the 24-year-old’s most likely destination, with both London clubs keen.

West Ham have warded off any potential suitors for Rice with astronomical asking prices over the last couple of seasons to keep the defensive midfielder.

However, they have reluctantly accepted they will likely lose their captain at the end of the season, with Rice publicly stating that he intends to play Champions League football.

Although the Hammers intend on holding out for a fee well over £100 million, that has not deterred Chelsea or Arsenal in their pursuit.

The Blues have been strongly linked with a move for Rice over the past couple of seasons, but it is thought that their interest has cooled since the takeover.

They are now more focused on other targets, including Benfica’s Enzo Fernandez and Brighton & Hove Albion’s Moises Caicedo.

Arsenal have put themselves in pole position to sign the former Chelsea academy player as they continue to impress this season. By contrast, Chelsea are in danger of missing out on the top four.

However, while Rice has previously made it clear he wants to play in the Champions League, Tony Cascarino believes the midfielder would have a huge impact on Chelsea if he is willing to sacrifice that ambition next season.

“Chelsea is where Rice could thrive and are a team who need a deep midfielder,” Cascarino wrote for The Times.

“I see a side that needs balancing — they have amazing wing-backs in Reece James and Ben Chilwell, and Rice would allow them to be aggressive in the final third.

“But I also see, with Rice, a new modification. Alongside Conor Gallagher, who does the running and attacking, Mateo Kovacic, who dribbles well and is smooth in possession, and then Rice – that is a great mix of skills.

“But Rice would have to decide whether he is willing to miss out on the Champions League next season.”

Liverpool and Manchester United have also been linked with Rice, but while the Reds desperately need midfield reinforcements, they have prioritised a transfer for Jude Bellingham.

United have already signed Casemiro from Real Madrid and have pressing needs elsewhere in their squad.