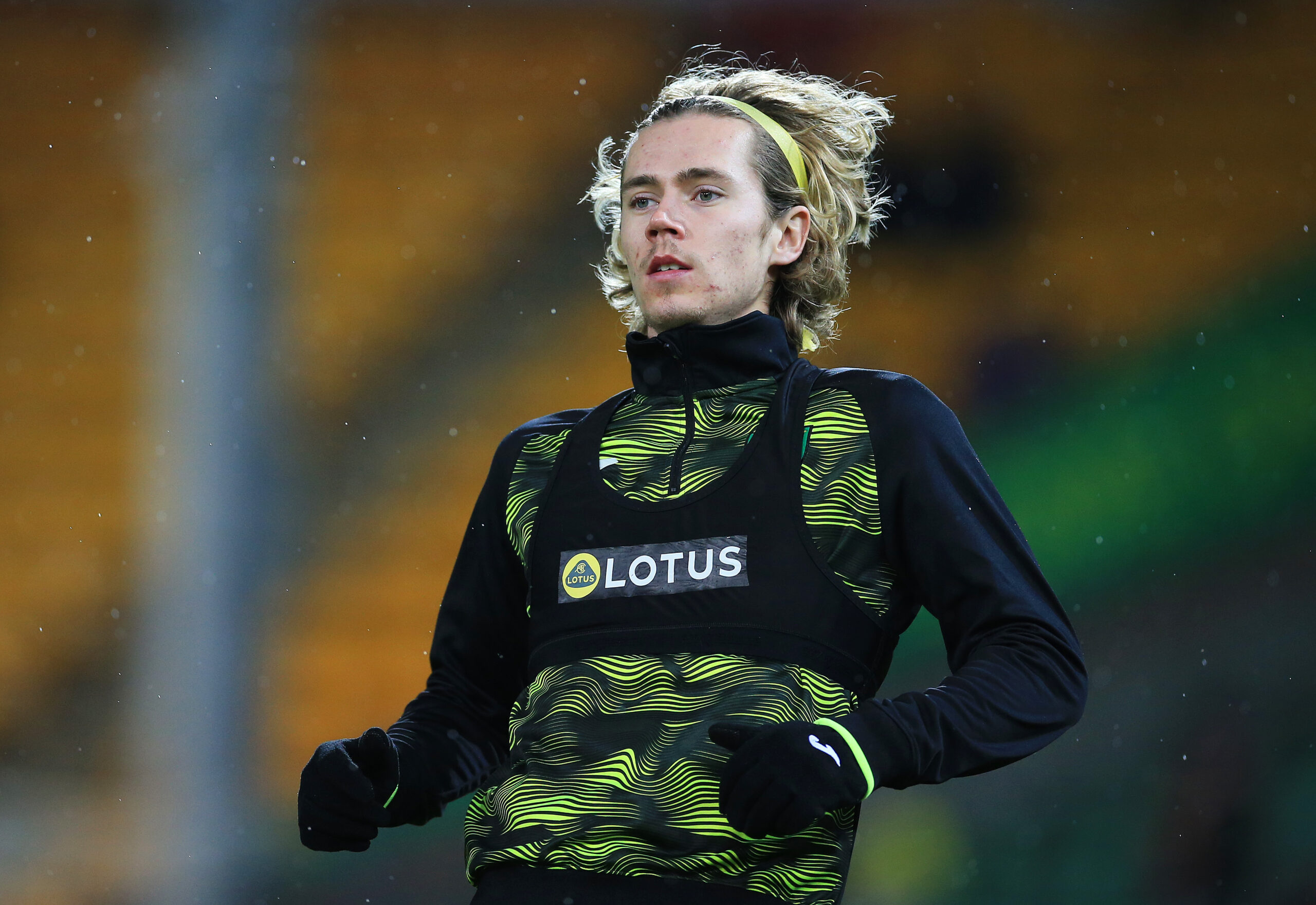 Norwich City attacker Todd Cantwell is considering an offer from Rangers, according to Sky Sports.

The Scottish Premiership giants have held talks with the 24-year-old, and he has been permitted to leave Carrow Road.

Cantwell is out of contract at the end of the season, and he is not short of suitors, with several English clubs also keen.

Norwich manager David Wagner has made it clear that the winger is no longer in his plans, and a January exit is inevitable.

Rangers are favourites to land Cantwell, but he must give the deal the green light.

Norwich have already knocked back a bid for the attacker from a fellow Championship club.

That hands Micheal Beale’s side a chance to move into pole position, and landing his services will be huge.

Cantwell is without a goal or an assist in 19 games across all competitions this season.

He also drew blank in 19 league games for Norwich and Bournemouth last term, but a change of environment could do him good.

Cantwell bagged six goals and six assists in 33 Championship games for the Canaries in 2020-21.

He also scored six and assisted another two in 37 Premier League games in 2019-20, and Rangers could do with that experience.

Cantwell still has all the time in the world to rediscover his mojo, and a move to Ibrox could help him achieve that.

Rangers are nine points behind leaders Celtic in the league table after 21 games.

However, some smart recruitment this month could turn the tide in their favour heading into the last 17 matches.