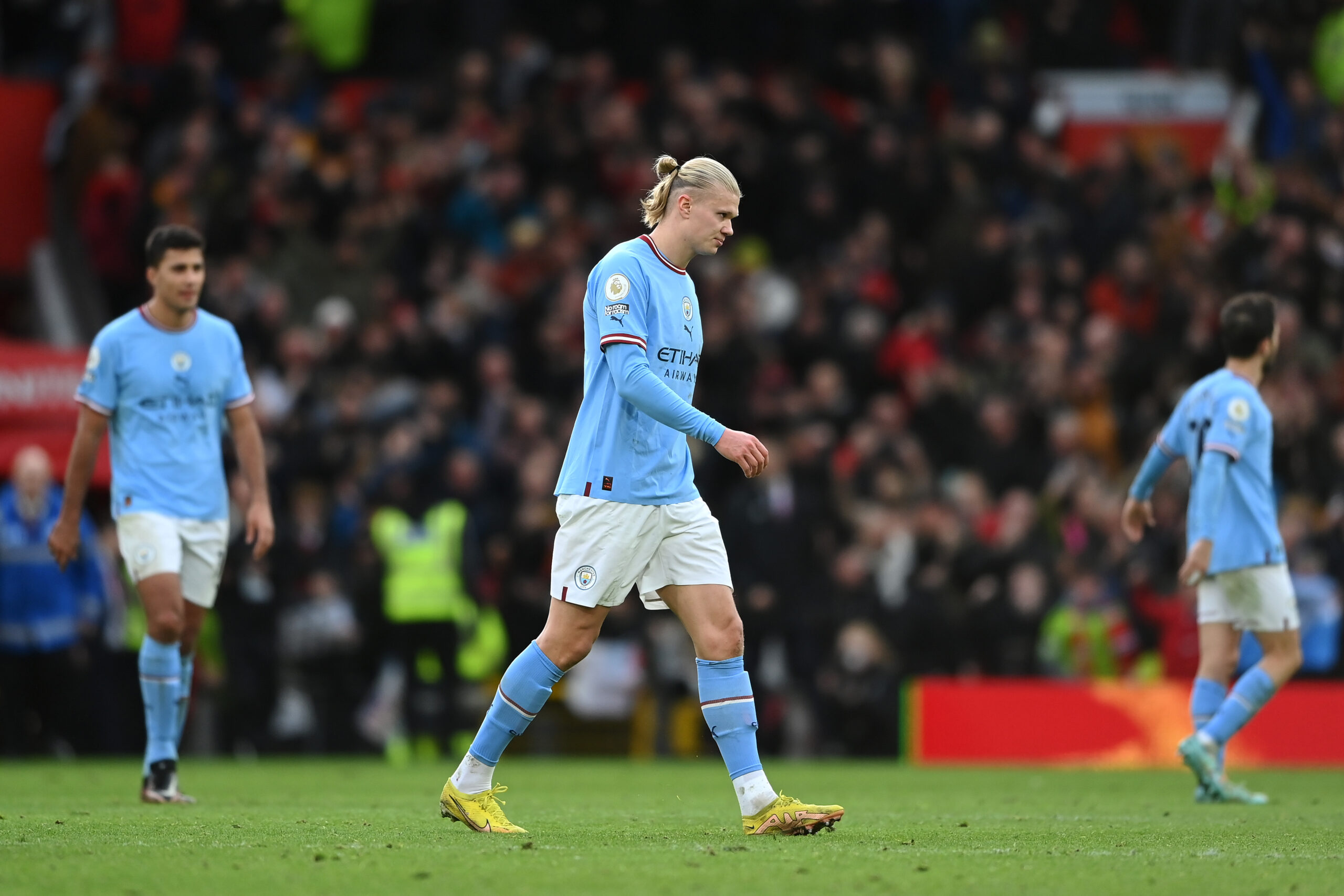 At the risk of surrendering the Premier League crown to Arsenal midway through the season, defending champions Manchester City welcome Tottenham Hotspur to the Etihad Stadium on Thursday.

Man City’s disappointment at Old Trafford, compounded by Arsenal’s 2-0 triumph at Tottenham on Sunday evening, means the hosts go into this contest eight points adrift of the Gunners.

If they drop more points between now and Monday, the Cityzens could fall as low as fourth by the end of next weekend, with only a point separating them from fourth-placed Man Utd.

Dropping points is not an option for Spurs either, as following a second loss in their last three Premier League outings (W1), they lag five points behind the Red Devils, who also boast a game in hand.

Antonio Conte’s men may find some confidence in winning both last season’s top-flight encounters against Man City, but given their recent form, they’re unlikely to take the field in a buoyant mood.

Except for a 4-0 demolition of Crystal Palace on their most recent league travel, Spurs have failed to win three of their last four Premier League fixtures (D1, L2), conceding precisely twice on each occasion.

Man City followed up a 2-1 defeat to Brentford on the eve of the World Cup break with a 1-1 draw with Everton in their last Premier League home match, putting themselves in an awkward situation.

You’d have to go back to 2016 for the last time the Cityzens went winless in three consecutive top-flight games on home soil, which remains the only time Guardiola has failed to win three straight home contests as a manager.

Worryingly for the Spaniard, it’s now been four consecutive fixtures since Erling Braut Haaland last found the net after tallying an outrageous 21 goals in his first 15 Premier League appearances.

Haaland’s dip in form could be Tottenham’s best chance to avoid another sluggish start after conceding the opening goal eight times across their last nine league outings.

Flying out of the traps would aid Spurs’ bid to maintain an inspiring five-match Premier League form on hostile turf (W3, D1) and potentially make history at the Etihad.

Having completed a league double over Man City last season, Tottenham could become the first club to win three successive league games against a team managed by Guardiola.

Manchester City vs Tottenham Hotspur, alongside all other fixtures in England’s top flight, is available to watch online via live Premier League streams.

Conte has had Guardiola’s number, but the stakes have never been as high as now, so maybe it’s time for the ex-Barcelona boss to return the favour.

Man City cannot afford the luxury of losing a point here if they’re to stay within touching distance of Arsenal and with an extra day rest over Tottenham, they should get back on track.