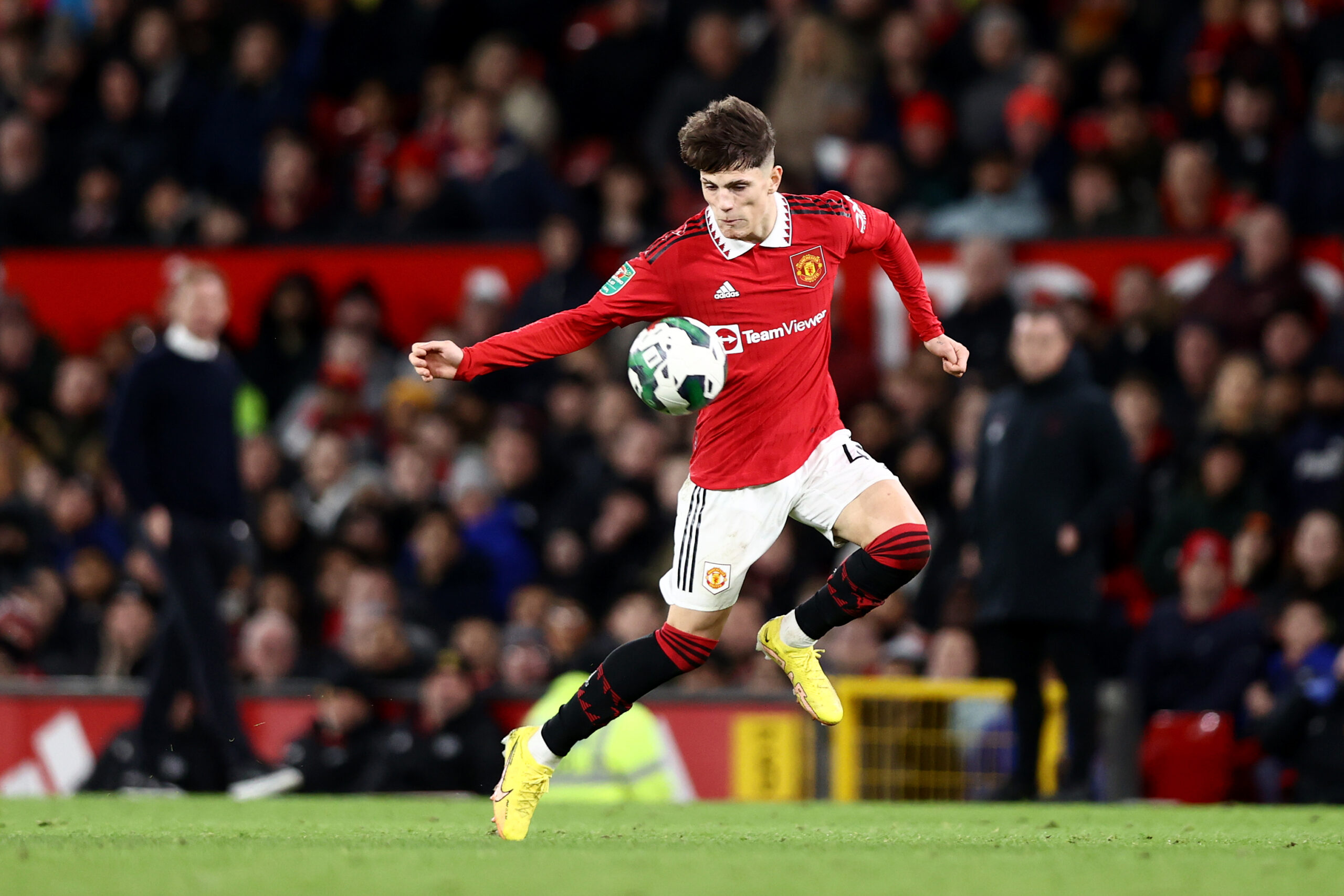 Manchester United academy gem Alejandro Garnacho has taken his first team chance with both hands, yet his contract situation does not seem to be improving at the moment.

According to Calciomercato, European heavyweights Real Madrid and Juventus are monitoring his situation and plotting a move should the youngster fail to renew with his current club.

Garnacho has been a revelation since linking up with Erik ten Hag’s first-team squad, contributing three goals and six assists in 15 games across all competitions.

The Argentine proved decisive in the Manchester derby despite coming on in the 72nd minute.

Ten minutes after taking to the pitch, his individual brilliance and 1v1 skill was on show as he set up Marcus Rashford, who tucked home to give the Red Devils a morale-boosting win over their local rivals and reigning champions Manchester City.

The youngster is highly rated at the club and has impressed Ten Hag with his maturity and brilliance, and the club is keen to keep him at Old Trafford beyond his current contract.

However, both parties are yet to reach an agreement on a figure that merits the 18-year-old’s recent outstanding performances.

According to the report, United have tabled an offer of around €1.2 million a year which quadruples what the academy graduate currently earns.

But it is still not enough to appease his representatives, who are holding out for a bumper contract for their client.

The contract stand-off has alerted the likes of Madrid and Juventus to Garnacho’s situation, and the duo are keeping a close eye on his development.

Garnacho could be tempted by interest from the reigning Spanish and European champions, while Juventus are looking to turn a page in their recruitment process following their board overhaul by snapping up young talents across the globe.

The Red Devils are desperate to find a solution to lock down Garnacho to a new long-term contract and remain confident that the youngster will stay at Old Trafford.

United are also in contract renewal talks with another academy graduate in Rashford who has enjoyed a monumental turnaround in his career this season.

The Englishman has recorded 16 goals and six assists in 26 games this season, and United may need to break the bank to keep him amid interest from Madrid and Paris Saint-Germain.