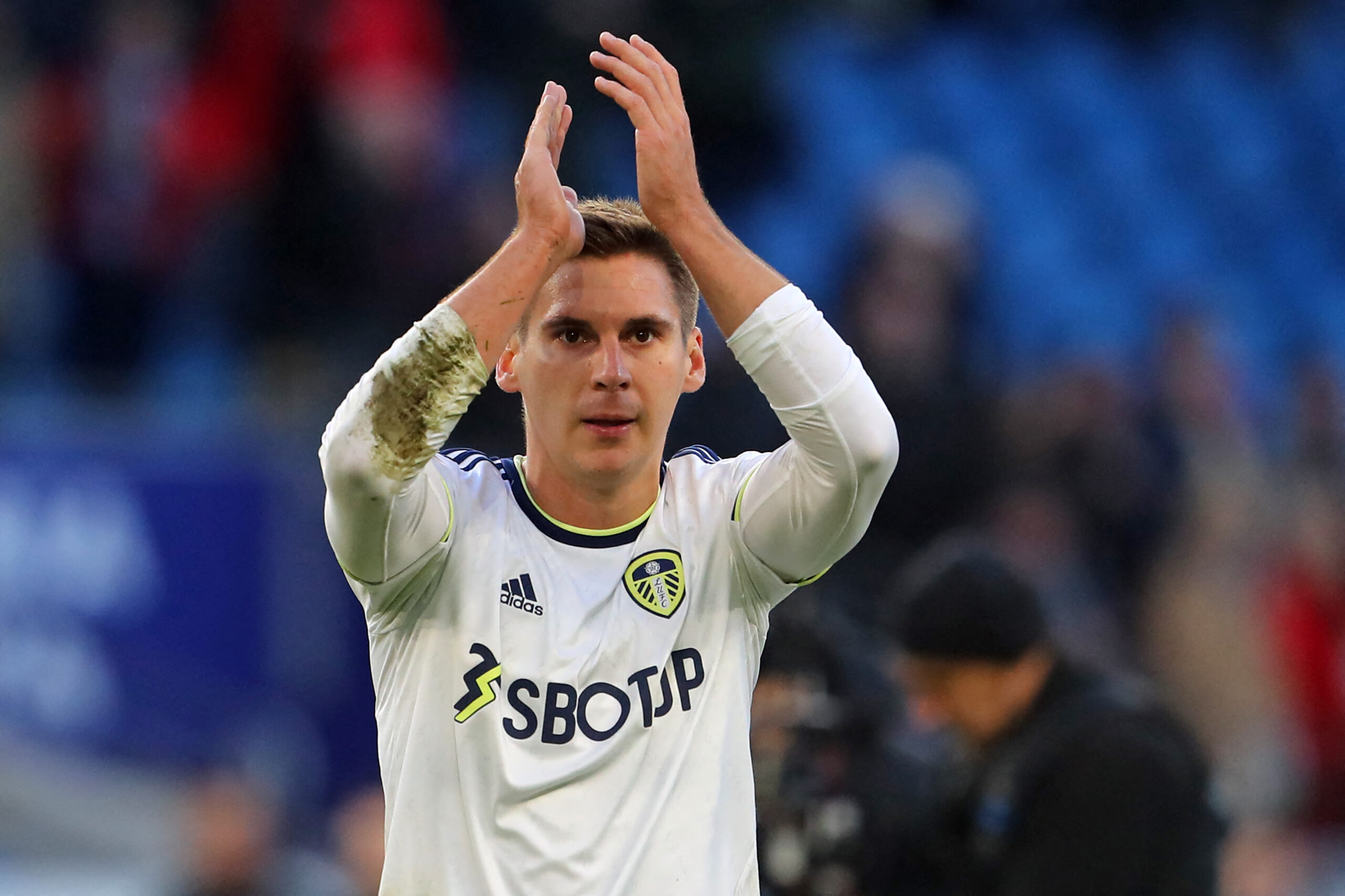 Wober came off in the second half of the third-round replay against the Welsh side. The injury is a blow for manager Jesse Marsch.

It was Wober’s first start for the Whites since joining from RB Salzburg, where Marsch had coached him.

Wober engaged in a duel with Cardiff’s Kion Etete and received what looked like a blow to the hip. Luke Ayling replaced the Austrian international defender.

However, summer signing Luis Sinisterra returned from a lengthy injury lay-off after appearing as a second-half substitute.

Another substitute was Patrick Bamford, who continued his return from injury. He netted a brace, scoring the fourth and fifth goals.

Despite their issues, Leeds secured passage to the next round of the cup after beating securing a comprehensive 5-2 victory over Cardiff.

Wilfried Gnonto opened the scoring with a fine finish in the first minute. Rodrigo doubled the scoring before Gnonto angled another one home two minutes later.

Leeds turn their attention back to the Premier League when they welcome Brentford to Elland Road on Sunday.