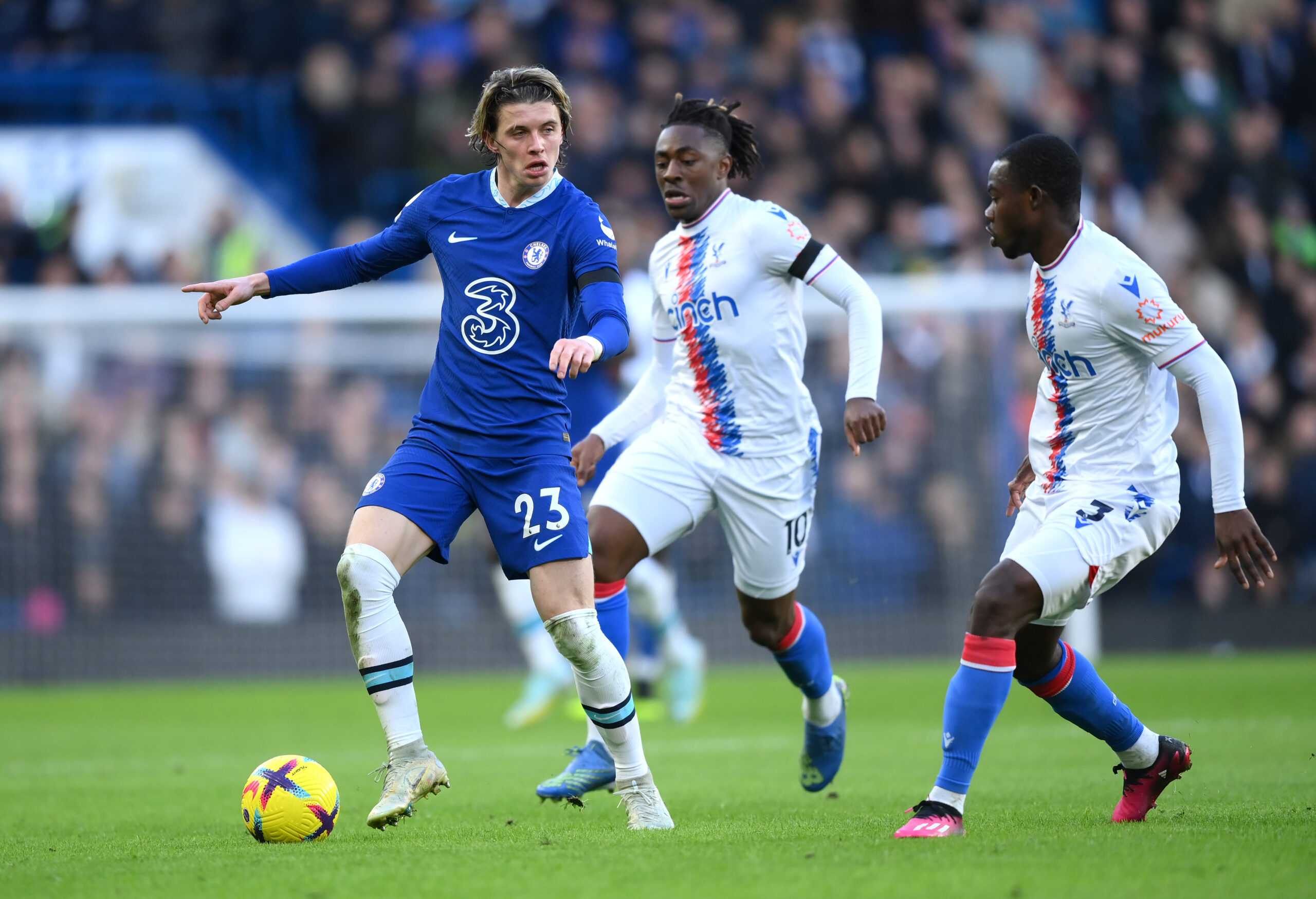 Chelsea midfielder Conor Gallagher is in high demand as several Premier League clubs are lining up bids to sign him in January.

However, according to the Daily Mail, the 22-year-old is uninterested in leaving Stamford Bridge as long as he remains in the plans of manager Graham Potter.

Gallagher returned to Chelsea at the start of the season after excelling on his year-long loan move to Crystal Palace.

His performances for Palace further established him as one of England’s brightest midfielders.

It also put him on the radar of England boss Gareth Southgate who handed him an international debut against San Marino last November.

The Eagles are one of the clubs keen on signing Gallagher permanently this month, along with Nottingham Forest, Southampton, Everton and Newcastle United.

However, Gallagher has no desire to leave his boyhood club as long as he continues to be selected by Potter, who is also against letting the youngster exit amid concerns about his squad’s escalating injury problems.

Gallagher has made 17 appearances for Chelsea this season, contributing a goal and an assist, but he has only started eight games.

He started Chelsea’s last league game against Palace, helping the Blues to a 1-0 win, and looks set to continue fighting for a place in the team.

Chelsea’s new owners have splashed the cash heavily since taking over the club.

Their latest acquisition Mykhailo Mudryk cost the club €70 million, with another €30m to come in team-related add-ons.

However, while Gallagher is not keen on leaving, the club have reportedly not made any decisions regarding the player’s future yet.