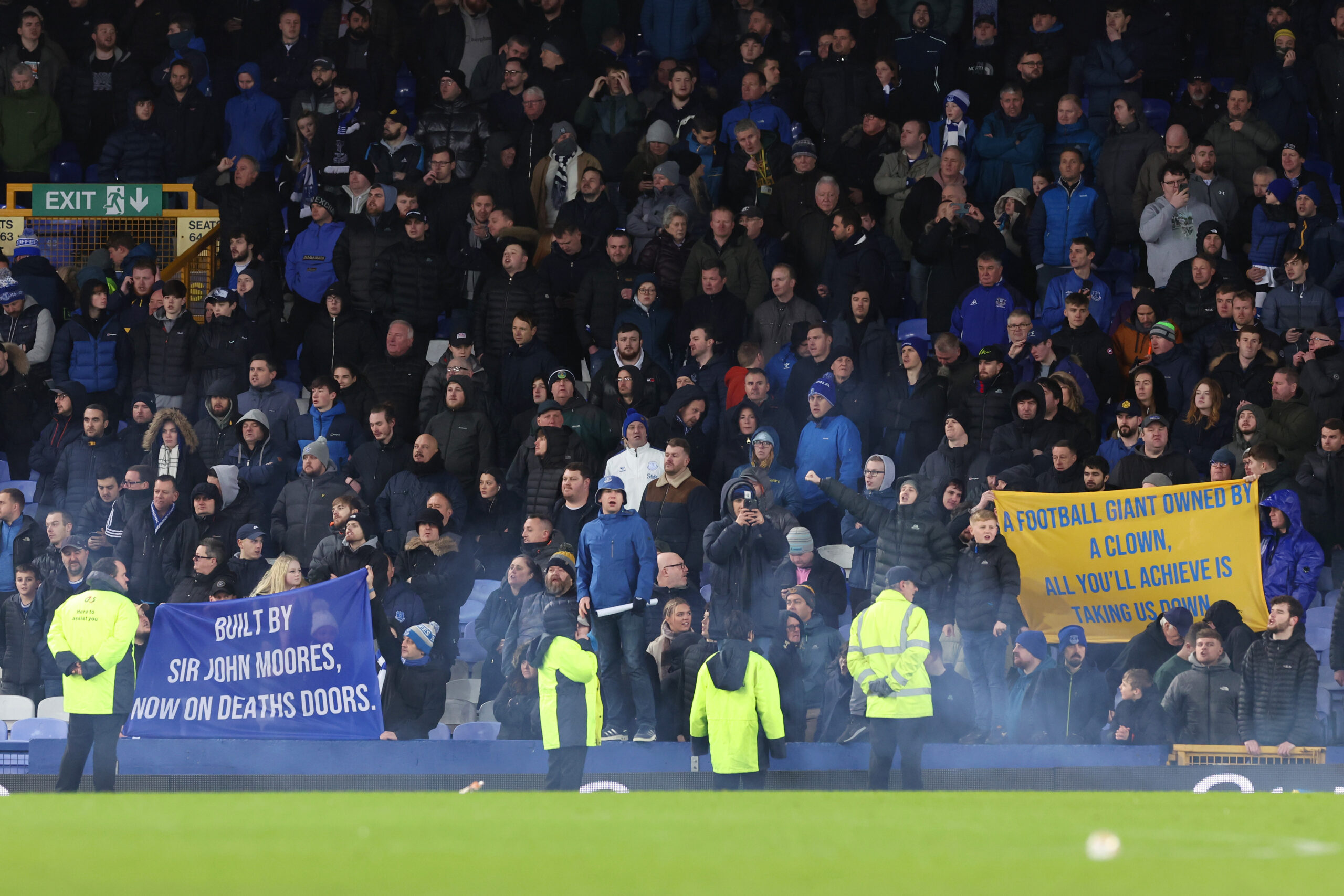 The Everton Shareholders Association (EFCSA) have launched an online petition calling for a vote of no confidence in the club’s board of directors.

The Toffees are currently 19th in the Premier League and in grave danger of dropping into the Championship at the end of the season.

Everton fans have become increasingly disillusioned with the club’s board, and their anger was heightened in the run-up to last weekend’s game against Southampton.

The club issued a statement saying the board had been advised to stay away from the game due to a ‘real and credible threat to their safety and security’.

However, Merseyside Police subsequently confirmed that no formal complaints had been made about the behaviour of Everton supporters.

Club sources claimed chief executive Denise Barrett-Baxendale had been ‘put in a headlock’ on a matchday at Goodison Park, but the allegations have not been substantiated.

EFSCA has now stepped up their efforts against the club’s board by starting an online campaign to have them removed from their roles.

“In our opinion, our club continues to underachieve both on and off the pitch and the relationship the owner and the board have with the wider fan base is at an all-time low,” a statement read.

“It is with great regret that the association is asking fellow shareholders and the wider fan base to sign our online petition calling for a vote of no confidence in the board of directors.”

Having protested after the Southampton game, more demonstrations will likely be staged at the next home match if the situation with the board remains unresolved.