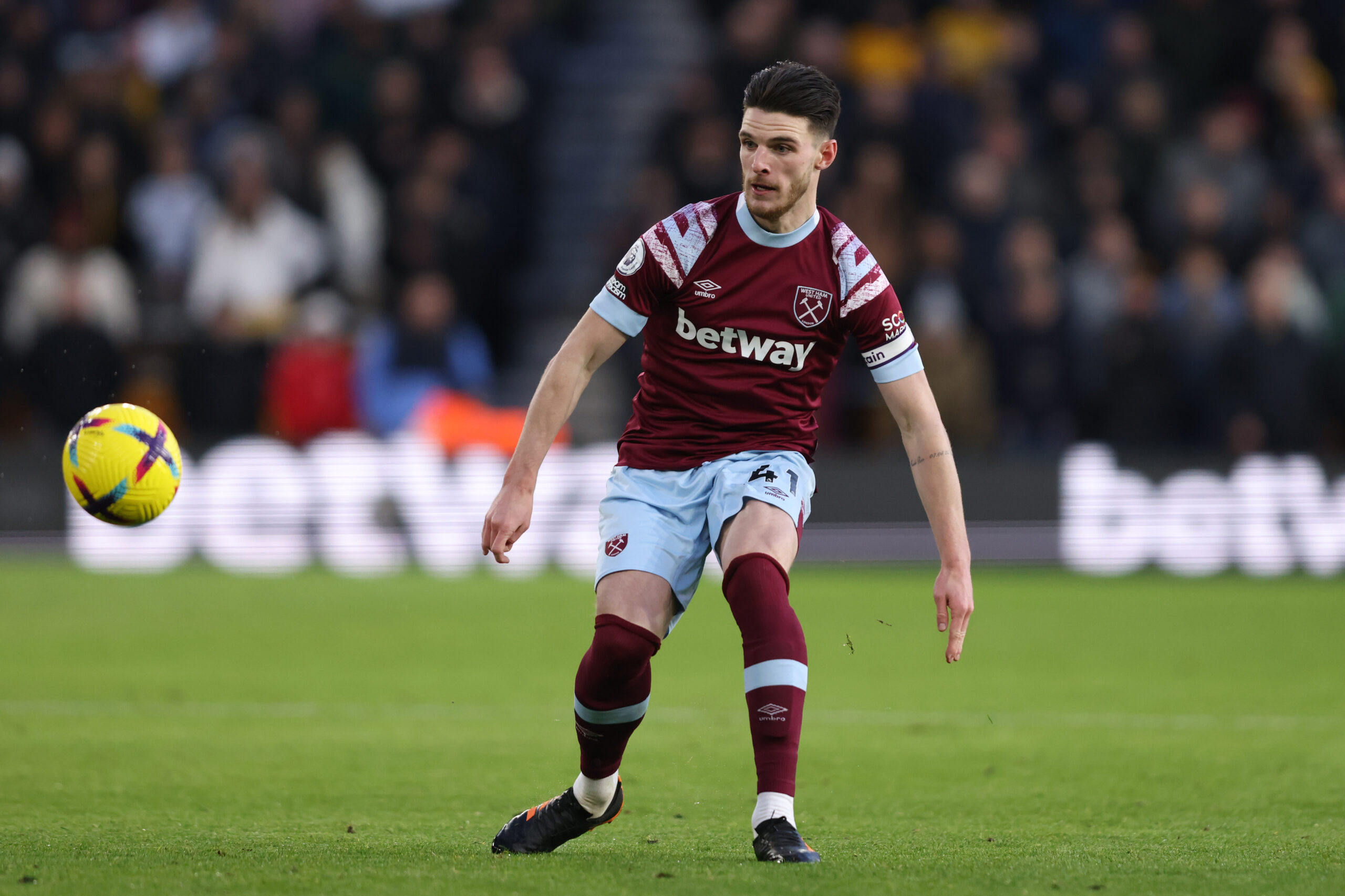 West Ham United will reportedly demand over £100 million for their star midfielder Declan Rice, according to the Guardian.

This news is contrary to the reported £70m fee Arsenal were ready to offer to secure his services at the end of the season.

With just a year left on Rice’s contract in June 2023, it was thought that West Ham would reduce their valuation.

The Hammers are ready to lose the defensive midfielder in the next transfer window but want as much money as possible.

Chelsea are interested in Rice, who played in their Cobham academy before they released him. He has grown from strength to strength since joining West Ham.

Rice has established himself as one of the best defensive midfielders in the Premier League. Chelsea enquired about him under Frank Lampard and Thomas Tuchel.

However, they were put off by West Ham’s high valuation. Rice is still a target, with Chelsea desperately needing a midfield revamp.

Enzo Fernandez, Moises Caicedo and Romeo Lavia have been linked with the club, but many people believe they will go for Rice this summer.

Arsenal are also interested in signing Rice. They have made him a top target in their transfer dealings in the summer transfer window.

The Gunners are anticipating the departure of Albert Sambi Lokonga and want to bring Rice in. Lokonga has struggled in London since joining from Anderlecht.

Rice is proven in the league, has leadership qualities and is one of the best in his position. It will be intriguing to see which club signs him.

The situation is even spicier, considering Chelsea just beat Arsenal to the signing of Mykhailo Mudryk a few days ago. The Gunners will want revenge by beating the Blues to the lifelong Chelsea fan.