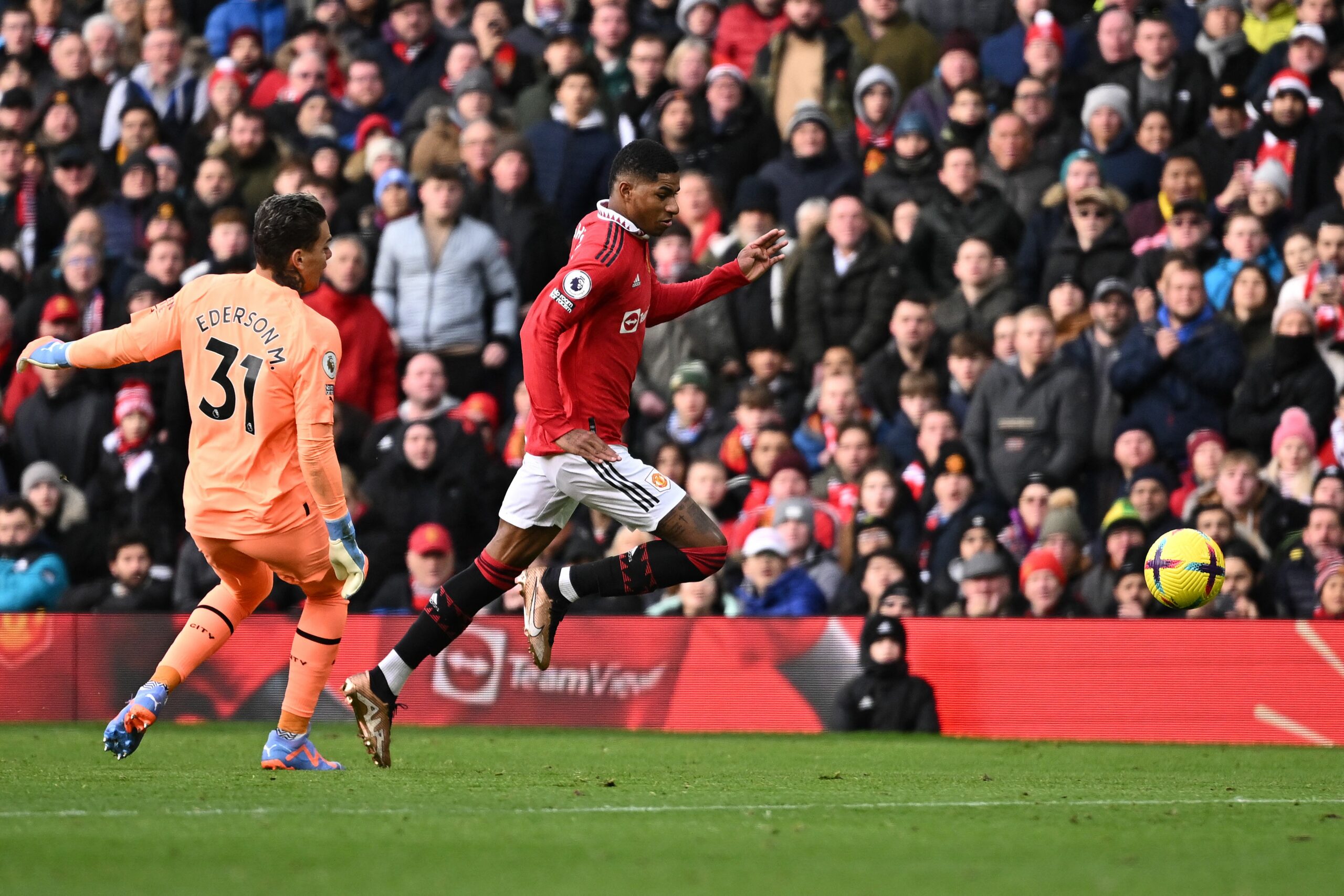 Manchester United are reportedly in talks with Marcus Rashford over a new five-year contract worth £300,000-per-week.

The 25-year-old is currently in the form of his life, netting 16 goals and providing six assists in 26 appearances in all competitions.

He was impressive in Saturday’s derby at Old Trafford, scoring the winning goal in their 2-1 success over Manchester City.

The forward’s current contract is set to expire in less than 10 months, although the club have the option to extend it by another year.

According to The Sun, United are ready to reward Rashford’s brilliant form with a new five-year deal. The England international currently earns £200K per week at Old Trafford.

The Premier League giants are prepared to offer him a 50 per cent pay rise with further incentives to extend his stay in Manchester. However, they will not break their pay structure.

Rashford endured a difficult 2021-22 season as he struggled with injuries and scored just five goals in 32 appearances.

There was plenty of speculation about his future at Old Trafford in the summer. He was linked with a move to Paris Saint-Germain who were keen on signing him.

However, the rumours died down after the talented winger made a remarkable comeback this season.

The England international has scored a goal in each of his previous four top-flight matches.

Manager Erik ten Hag clearly rates Rashford very highly and will endeavour to keep him at the club.