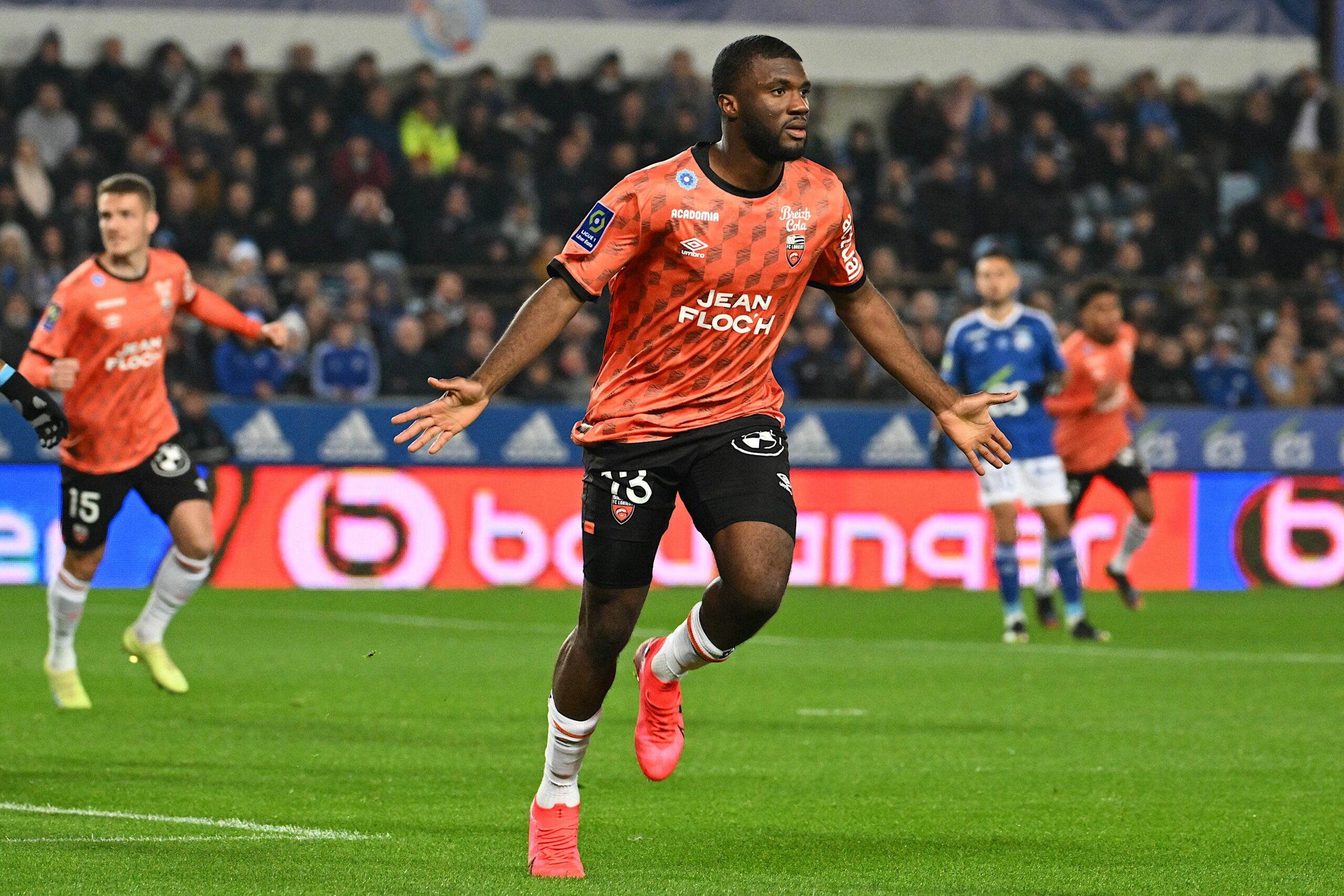 Bournemouth and OGC Nice have joined the race for Lorient striker Terem Moffi, according to the Daily Mail.

The 23-year-old is already the subject of a bid from West Ham United, who are reportedly leading the race for the Nigerian.

The Hammers have already lodged a £25 million bid for the striker as they look to strengthen their forward line, but they will now face competition from Bournemouth and Nice, who are also keen.

Moffi has scored 12 times in 18 appearances for Lorient, who are punching above their weight this season. They are currently 7th in Ligue 1 and serious contenders for a place in Europe next season.

However, they are facing a fight to keep their top striker, who was also instrumental in helping them avoid a relegation scrap last season.

While West Ham have already sent in a bid, Bournemouth could use their connections to the club to usurp the Hammers to Moffi’s signature.

Bill Foley, who led the partnership that only completed the takeover of Bournemouth last month, also has a stake in Lorient, which could significantly boost their chances of signing the striker.

Nice could also have a plan to win the race for Moffi as they look to rebuild the team following the departure of former manager Lucien Favre.

Moffi has proven his goalscoring credentials in France after racking up 35 goals and seven assists for Les Merlus since joining the club in October 2020.

His goalscoring prowess, coupled with his well-improved link-up play, could prove a game-changer for whichever club snaps him up.

West Ham are in dire need of goal scorers as they languish in the relegation zone. They have scored just 15 goals this season, despite splashing the cash on a new striker last summer.

Bournemouth are just one point above the drop zone and in need of a resurgence after losing their last four league games in a row.