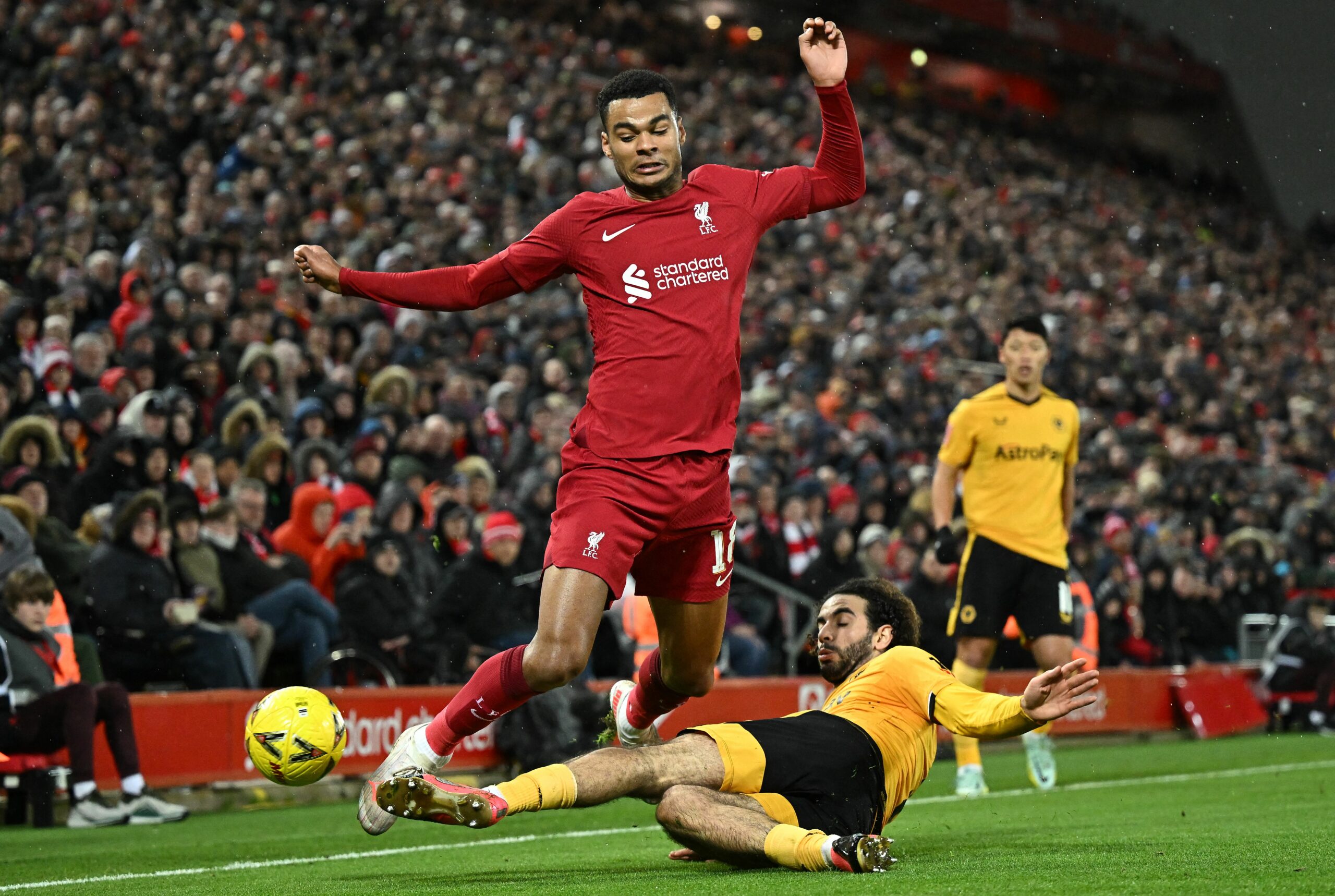 A place in the FA Cup fourth round is up for grabs as Wolverhampton Wanderers and Liverpool meet in a third-round replay at Molineux Stadium this Tuesday.

Wolves briefly thought they had the Reds on the roops, yet a controversial VAR decision to disallow their late winner in a dramatic 2-2 draw at Anfield brought them here.

That controversy left its mark on Julen Lopetegui’s side, with Nottingham Forest dispatching them from the Carabao Cup quarter-finals via a penalty shootout only days later.

But they left that rough patch firmly behind by pulling off a vital 1-0 home victory over fellow Premier League relegation fighters West Ham United on Saturday to escape the drop zone for the first time in months.

Having started the new calendar year with back-to-back league defeats for the first time since 1993, the Reds may use FA Cup duties as a welcoming distraction.

A 3-2 loss at Manchester City in December already curtailed their bid to defend the Carabao Cup crown, meaning the reigning double-cup holders will be out to salvage some pride at Molineux.

Inconsistency has been the elephant in the room for quite some time in the Wolverhampton camp, as their last six competitive home outings have fluctuated between victories and defeats (W3, L3).

However, if you’re looking for one common denominator in that run, it’s a fact five of those six matches have seen the winner keep a clean sheet, highlighting the importance of drawing first blood.

That could prove challenging for Lopetegui’s men, considering they’ve lost their last two home encounters against Liverpool by an identical 1-0 scoreline, attempting a combined six shots on target.

Luckily for Wolverhampton, Liverpool’s defence is no longer a force to be reckoned with, as evidenced by a dreadful return of two clean sheets across 13 road trips this season.

If they’re to avoid only their second FA Cup third-round exit in the past 12 seasons, the Reds must defy an underwhelming run of three defeats from their last four domestic travels (W1).

Yet it’s worth noting that they conceded precisely three goals in each of those three losses, conclusively pointing to their backline as the team’s weakest link, even more in the absence of Virgil van Dijk.

Lopetegui has sparked Wolverhampton’s frontline into life, and with Liverpool struggling to plug their defensive holes, we can picture the hosts replicating their scoring exploits from Anfield.

Klopp is desperate for the Reds to turn the corner following a three-match winless start to 2023 (D1, L2), but we cannot back them to take Wolves down with any real conviction.

In fact, we’re more inclined to give the hosts the upper hand.