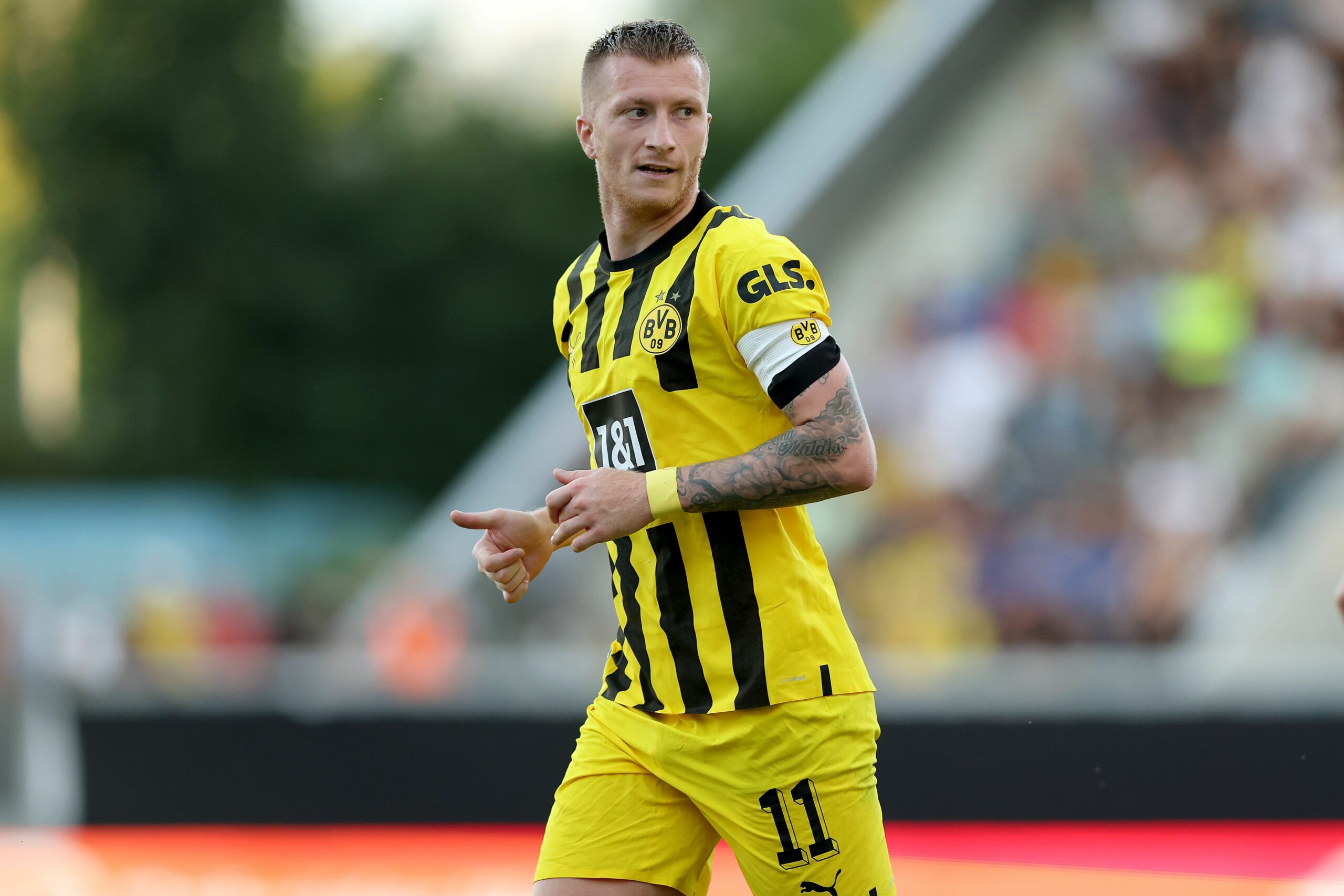 Marco Reus’ agents were spotted at Old Trafford during Saturday’s derby that saw Manchester United beat Manchester City 2-1, as per the Daily Mail.

The German’s current contract at Borussia Dortmund expires in June and he is considering his options ahead of a possible free transfer in the summer.

Reus has been at Dortmund since 2012, making over 350 appearances for the Bundesliga outfit.

He helped Die Borussen reach the Champions League final in his first season and has also been named Germany’s player of the year twice.

Move for Reus is unlikely

United were heavily linked with Netherlands international Cody Gakpo, but he ended up joining Liverpool at the start of the January transfer window.

The Red Devils recently signed Wout Weghorst from Burnley on a six-month loan deal to provide competition for Anthony Martial.

Transfer funds at Old Trafford are expected to be tight as they spent heavily in the summer, bringing in the likes of Casemiro, Antony, Tyrell Malacia and Lisandro Martinez.

With their budget limited at the moment, United look unlikely to sign Reus this month.

The German has enjoyed a brilliant career at Dortmund, but he is on the wrong side of 30 and doesn’t look like an appealing option for the Red Devils.