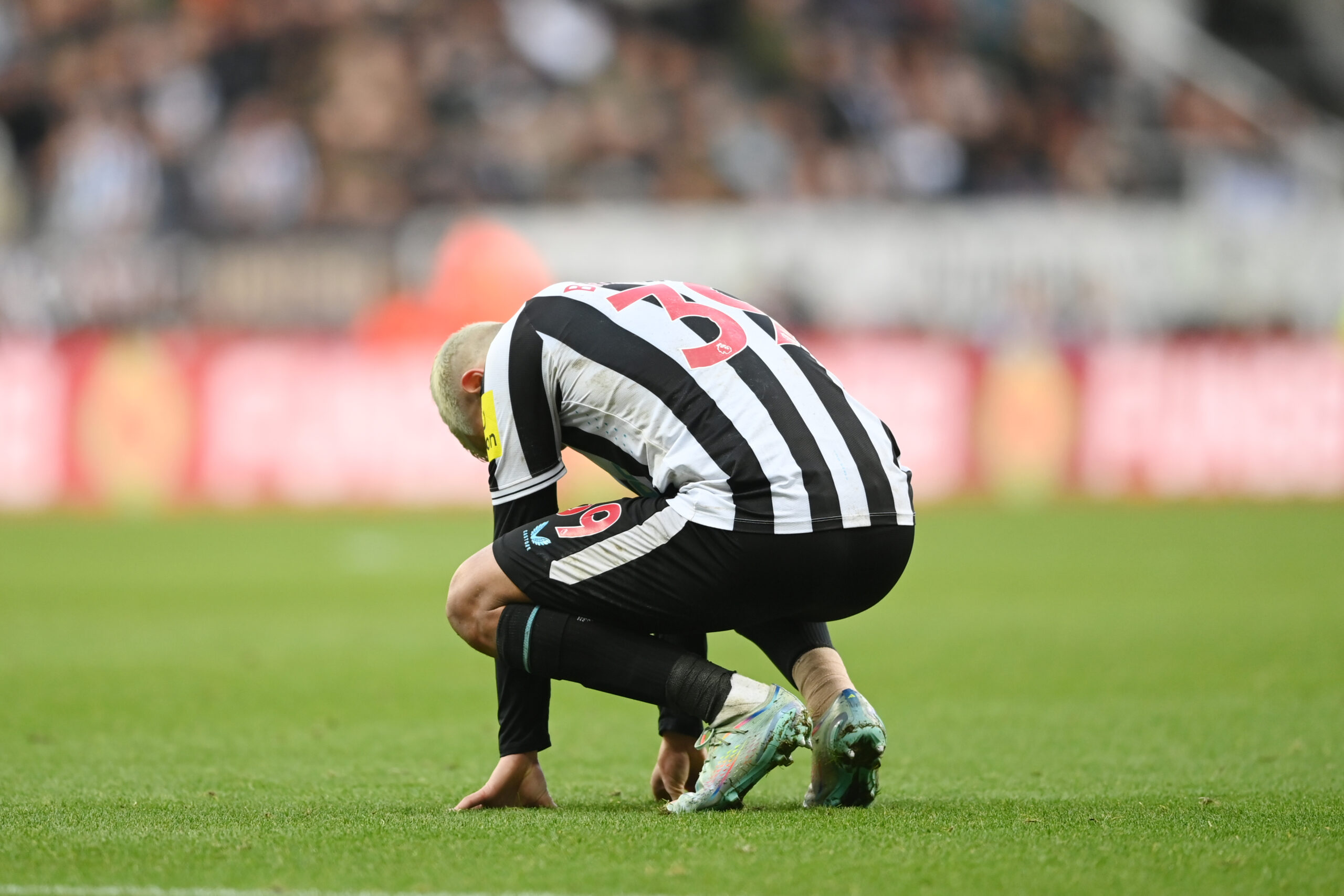 According to the Athletic, Bruno Guimaraes is expected to be out of action for weeks rather than months after a scan showed he did not suffer serious damage to his ankle.

The 25-year-old exited the field in tears at half-time during Newcastle United’s 1-0 win over Fulham on Sunday after rolling his ankle earlier in the match.

Guimaraes’ reaction suggested that the injury was serious, and the player was subsequently seen leaving the game in crutches and a protective boot.

However, the Magpies’ faithful can breathe a sigh of relief as the latest injury update shows positive signs that the injury is not as bad as first feared.

The Brazilian will miss at least two or three games, including Newcastle’s trip to Selhurst Park, where they will take on Crystal Palace on Saturday.

He could also sit out both legs of the Carabao Cup semi-final against Southampton with Howe’s side looking to book a place at Wembley, but the club will have more information on the injury later this week.

Guimaraes’ injury update will be a massive boost to Howe, as the former Olympique Lyon man has been integral to Newcastle’s Champions League push this season.

He has proved a vital cog in Howe’s three-man midfield scoring three goals and claiming three assists in the top flight this season.

However, his possible absence against Palace this weekend could expose Newcastle’s lack of depth in the midfield area.

Jonjo Shelvey is facing another month out with a calf injury, leaving only Sean Longstaff, Joe Willock and Joelinton available in that role.

Howe has shuffled Joelinton between midfield and attack this season, and the Brazilian could return to midfield duties to cover for his compatriot despite thriving on the flank in recent matches.

Newcastle are keen to reinforce their squad this month and are in the market for new midfielders.