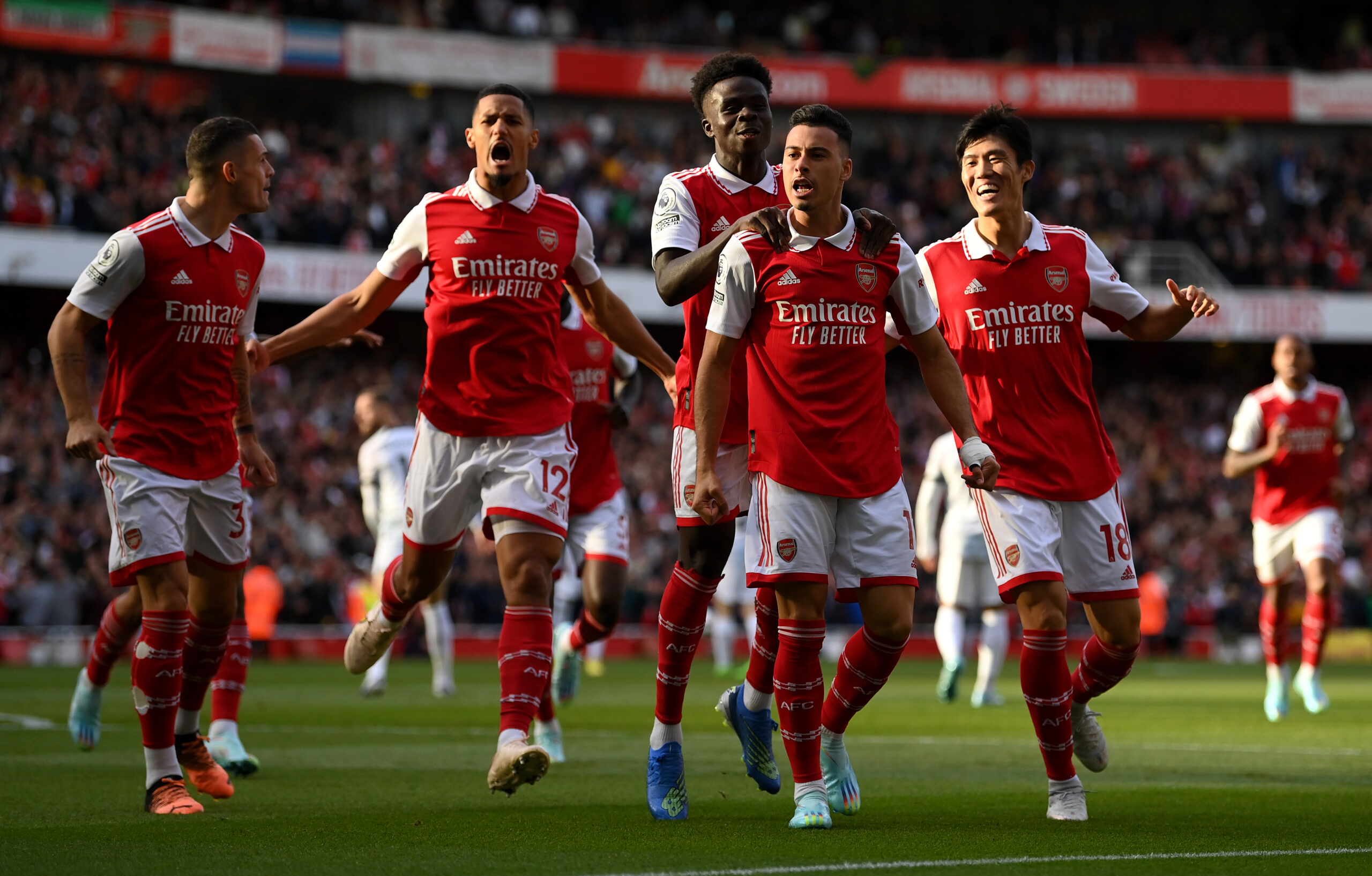 Arsenal moved eight points clear of Manchester City at the top of the Premier League on Sunday following their impressive 2-0 win over arch-rivals Tottenham Hotspur on the road. The Gunners opened the scoring in the 14th minute through a Hugo Lloris own goal. The Frenchman could not handle the fierce shot across goal from Bukayo Saka and ended up putting the ball into his own net. Martin Odegaard doubled the club’s advantage in the 36th minute. The Norwegian’s shot from outside the box found the bottom right corner of the net. Arsenal managed to seal a 2-0 win in the end, but they could have easily scored three or more goals with the chances that were created in either half. Meanwhile, Spurs could have got back into the game on another day. Aaron Ramsdale was quite spectacular between the sticks with seven key saves. Mikel Arteta’s side now have a healthy eight-point lead over City at the top of the table, but they still face a huge challenge on their hands to lift the title. Let’s have a look at Arsenal’s next six league games compared to their top-four rivals.

Arsenal ended a nine-year wait for an away league win at Tottenham yesterday. The Gunners have now picked up 25 points from a possible 30 on their travels. Their record stands out from their top-four rivals. Manchester City are currently the second-best team on the road with a tally of 17 points from nine matches. Looking at this statistic, we fancy the Gunners to continue the excellent away form against the likes of Everton, Aston Villa as well as Leicester City. Their main challenge, however, could be at the Emirates Stadium where they face Manchester United, Brentford and Manchester City. The Bees should not pose much of a threat for the Gunners, but the club will have to be at their best to get the better of United and City on their home turf. In our view, the club could suffer a minor slip-up in the run. They should still fancy five wins which should strengthen their grip at the top of the standings.