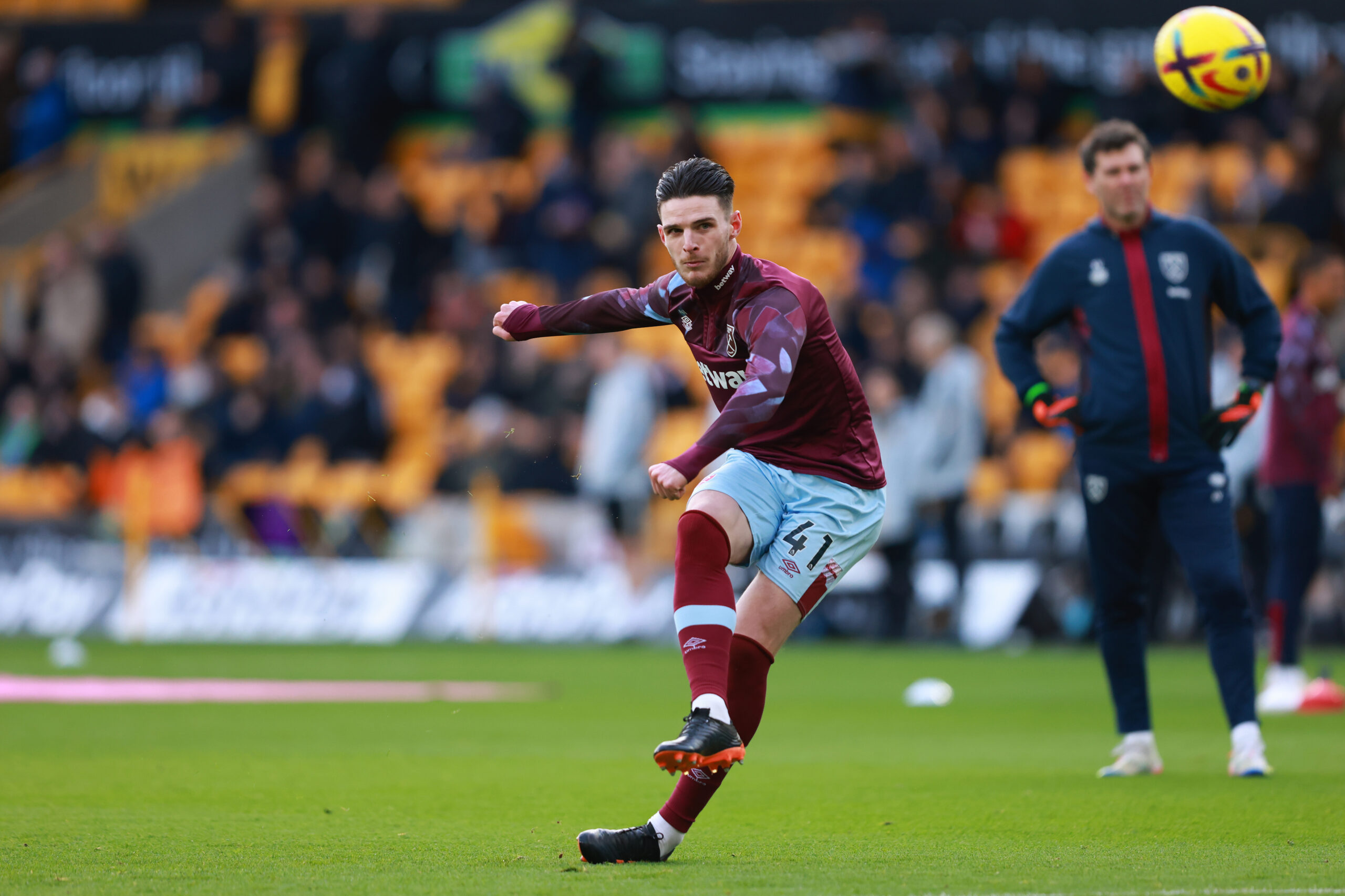 Arsenal have made West Ham United midfielder Declan Rice their top target for the summer transfer window, according to Times Sport.

Rice has long been linked with a move away from the London Stadium and has rejected several contract proposals from the Hammers to extend his stay.

Chelsea and Manchester United have expressed their interest in the England international, but West Ham have been reluctant to see their captain leave.

However, with his contract winding down, the Hammers could be forced to cash in on their most prized asset this summer, as the player can still command a sizeable transfer fee.

Rice’s boyhood club Chelsea are long-term admirers and have been monitoring his situation over the last couple of years. The player is also keen on a reunion with the club.

However, Arsenal are understood to be growing in confidence that they will be able to secure his signature in a deal worth around £70 million next summer.

Rice has recently made it clear he wants to be playing Champions League football and challenging for trophies in the future. But he remains fully committed to West Ham’s relegation battle this season.

Arsenal are currently top of the Premier League and on course to win the title this season as they are eight points clear of reigning champions Manchester City.

If the Gunners clinch the title, it will boost their chances of luring Rice to the Emirates Stadium, especially with boyhood club Chelsea languishing in 10th place and in danger of missing out on next season’s Champions League.

Meanwhile, Man United could also join the race for the Englishman, but their recent investment in signing Casemiro from Real Madrid could see them cool their interest, setting up a two-horse race between the London clubs.

Former Premier League star Emmanuel Petit has urged Rice to choose Arsenal over Chelsea next summer, but it will be intriguing to see what the Hammers captain decides.