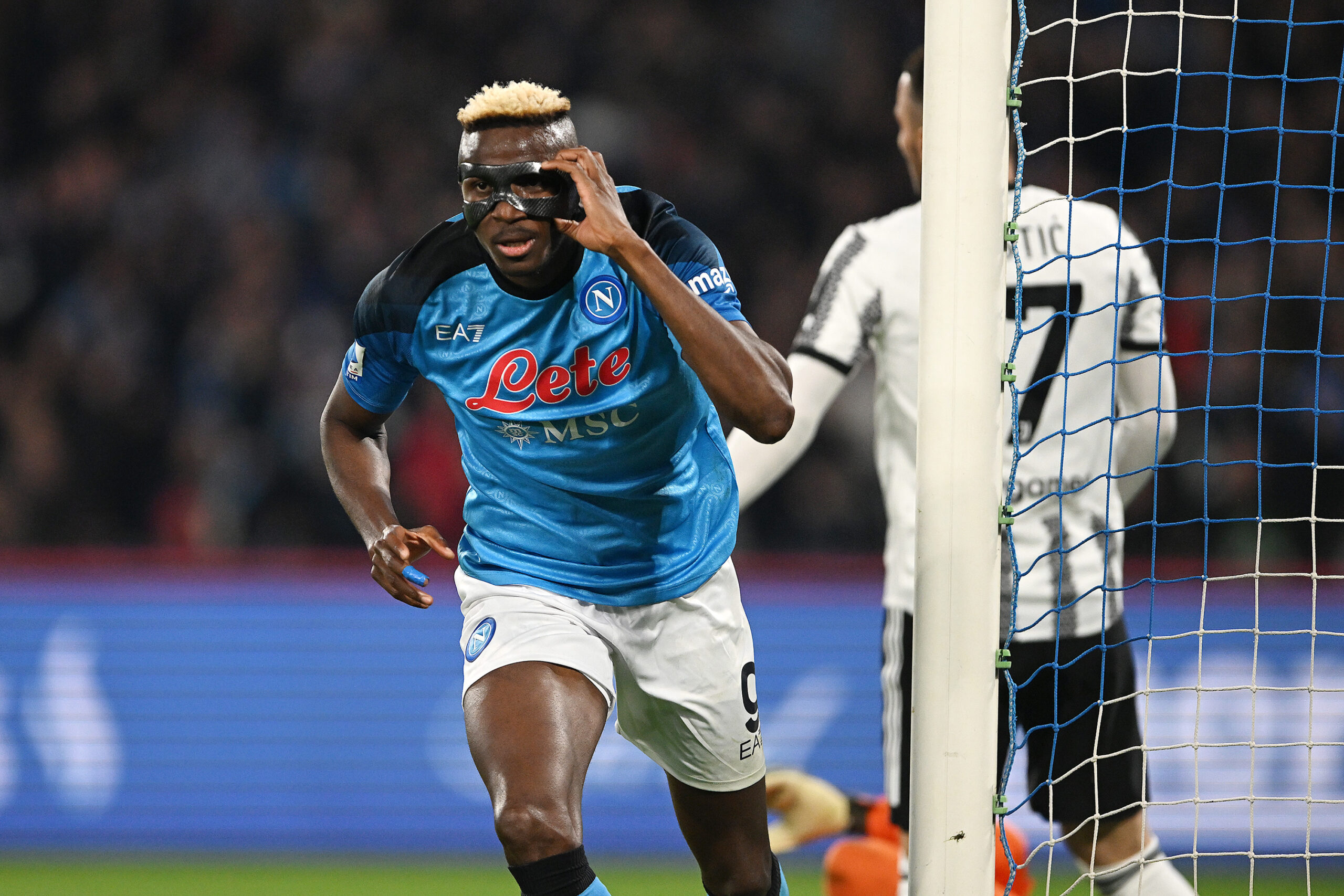 Victor Osimhen is one of the most wanted strikers in Europe at the moment and several clubs are clamouring to snap up the Nigerian next summer.

According to Italian publication Il Mattino, the Premier League is a possible destination for Osimhen, with Arsenal, Newcastle United and Manchester United lining up bids.

Osimhen has been in lethal form for the Gli Azzurri this season and is one of the protagonists in Luciano Spalletti’s side as they chase the Scudetto.

Despite suffering a muscle injury that kept him out for two weeks last year, the Nigerian international has notched up 13 goals and four assists in 17 games.

Osimhen’s big-game prowess was once again on show when Napoli obliterated Juventus last Friday. He scored twice and set up one as his side ran out 5-1 winners.

Napoli have opened up a nine-point lead at the summit of the Serie A table and look well on their way to claiming the Scudetto for the first time in over three decades.

Osimhen is integral to that push meaning Napoli will not entertain any winter bids for their 24-year-old goal machine. However, a summer move cannot be ruled out.

Napoli will no doubt demand a mammoth fee for the former Lille striker, who arrived at the Diego Armando Maradona Stadium in a deal worth around €80 million.

But that has not deterred interested parties, with Arsenal, Newcastle and Man United set to slug it out for the striker’s signature.

Arsenal need a competent striker to provide competition for Gabriel Jesus. Although Eddie Nketiah has proven a capable deputy, Osimhen would undoubtedly add pedigree to the Gunners’ attack.

Fresh backed by Saudi big-spenders, snapping up Osimhen would be a statement signing by Newcastle, who are already contending with the Premier League big boys for a place in the Champions League.

Man United need a permanent replacement for Cristiano Ronaldo, and Osimhen is one of three strikers already shortlisted by the club ahead of the summer transfer window.

The Red Devils recently completed a loan move for Wout Weghorst, but the Dutch international is only a stop-gap solution to their striker problems.