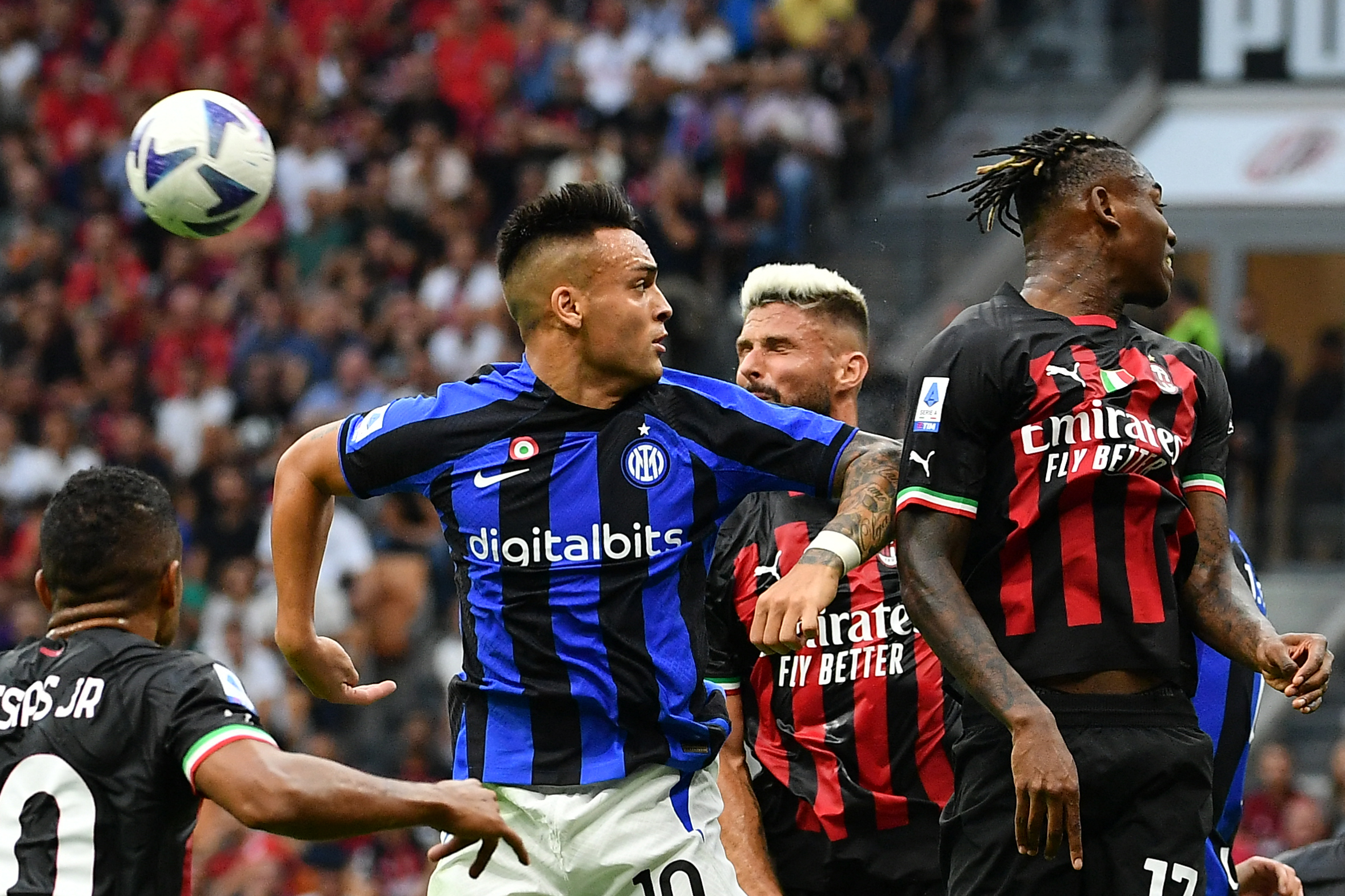 Twelve years since first locking horns in the Supercoppa Italiana, AC Milan and Inter Milan battle it out for the trophy again at the King Fahd Stadium on Wednesday.

Although both sides boast distinguished domestic history, they have met just once in the Italian Super Cup before, with the Rossoneri running out 2-1 victors in August 2011.

The famous Derby della Madonnina will take place in Saudi Arabia for the first time, adding a new dimension to the long-standing rivalry between the two Milan heavyweights.

Stefano Pioli’s team battled back from a 2-0 half-time deficit to hold newly-promoted Lecce to a 2-2 draw at the weekend, probably ending their hopes of defending the Serie A title in the process.

With pacesetters Napoli now a whopping nine points clear at the summit and Milan already out of the Coppa Italia picture following a 1-0 extra-time loss to Torino last weekend, this is their only shot at a domestic title.

However, to lift the Super Cup trophy for the first time since 2011, the Rossoneri will have to overcome Inter, who narrowly edged relegation-battling Hellas Verona 1-0 on Saturday.

Unlike Milan, the Nerazzurri’s hopes of claiming the Coppa Italia crown are still alive and kicking after they hauled back a 1-0 half-time deficit to dispatch second-tier Parma 2-1 after extra-time last week.

Milan lag behind Inter in the all-time H2H record, having won 79 of their 233 encounters in all competitions, drawing 69 and losing 85, though only one of their last five H2Hs has yielded defeat (W2, D2).

While overall H2H stakes favour the Nerazzurri, Milan pulled off a 3-2 league triumph earlier this season and could win back-to-back Milan derbies for the first time since 2011.

If you’re a fan of omens, the last time the Rossoneri enjoyed a winning streak against bitter city rivals, they bookended that run with a Super Cup triumph.

You would have to go back to 2006 for the last time Inter defended the Super Cup title, but achieving that feat would equal Milan’s seven competition triumphs, which could be a strong motive.

However, stretching back to 1997, the Nerazzurri have lost both grand finals against Milan, which, combined with their recent H2H fortunes, cannot inspire much confidence in Inzaghi’s corner.

Inzaghi could be the catalyst to turn the tables here, as he carries a reputation as a ‘Super Cup specialist,’ having won all three showpiece events as a manager.

As for Inter, Romelu Lukaku is again unavailable for selection after renewing his knee injury, while Marcelo Brozovic and Samir Handanovic remain in the treatment room.

This fixture could go the distance since neither side would take too much risk from the get-go, given what’s at stake.

However, with Milan dealing with a growing injury list and Inter boasting tremendous attacking capacity and recent experience in title-deciding contests, we back the Nerazzurri to win the trophy.