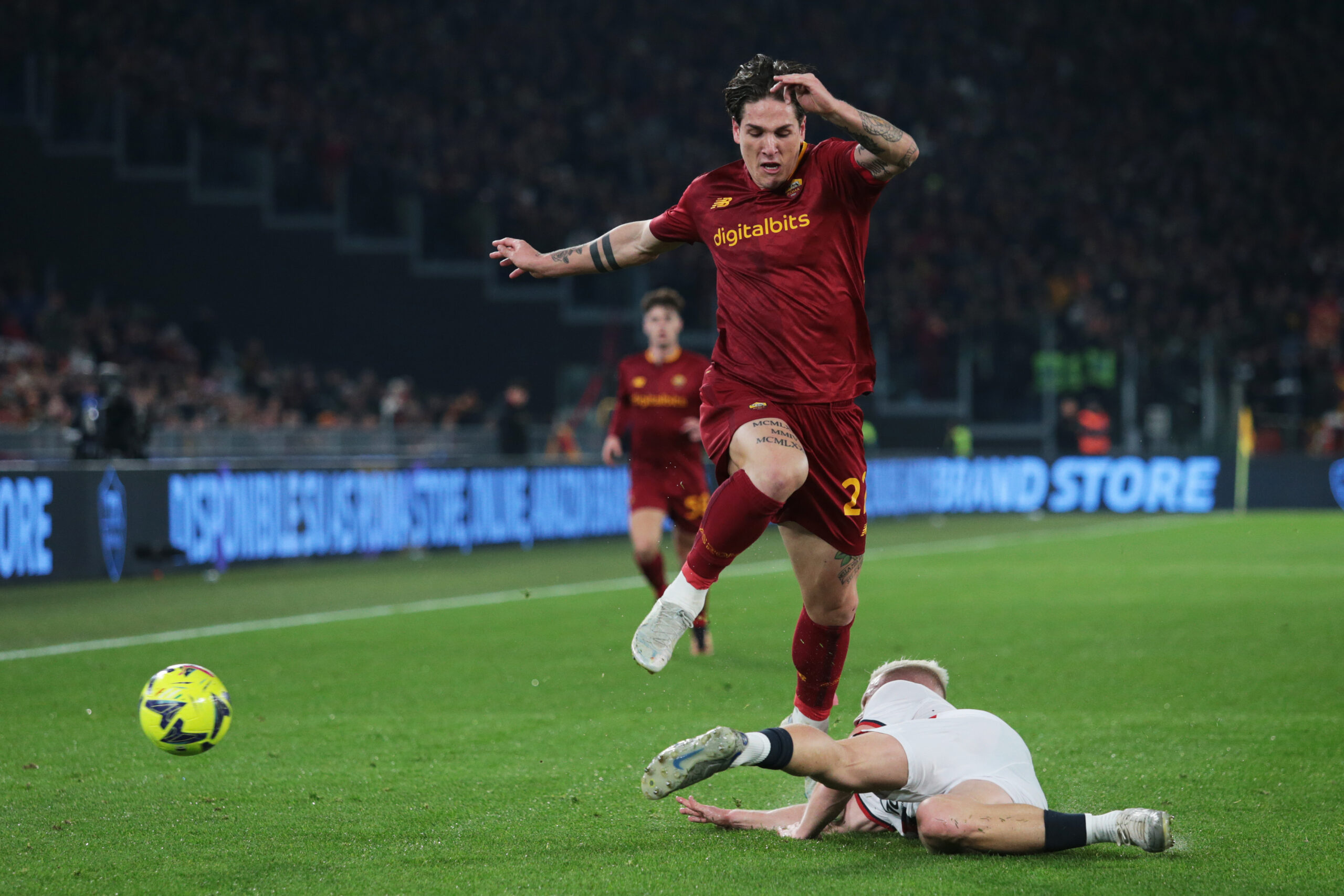 According to Calciomercato, Antonio Conte is interested in signing in the 23-year-old forward, whose contract at the Stadio Olimpico runs out in 2024.

Despite Roma’s constant pressure on their in-demand starlet to put pen to paper on a new deal, he has been hesitant about committing his future to the club, attracting numerous high-profile suitors along the way.

In the wake of Joao Felix’s loan move to Chelsea, underperforming La Liga giants Atletico Madrid have emerged as potential buyers for the Italy international as Diego Simeone seeks to fill the void.

However, Spurs are leading the chase, even leaving Inter Milan in their wake, even though the Nerazzurri boast a 15% on future resale they could use as a bargaining chip to get a discount.

Since Conte arrived in 2021, Tottenham have developed an affection for Serie A talents, as evidenced by the recent purchases of Cristin Romero, Dejan Kulusevski, Rodrigo Bentancur and Ivan Perisic.

The Italian manager has already made a public pledge for a substantial budget to address a lack of strength in depth amid his side’s stuttering top-four bid in the Premier League.

If Spurs chairman Daniel Levy listens to his prayers and grants him the necessary funds, Zaniolo could swap allegiances this winter since Roma are running out of time.

With the ex-Inter man reluctant to renew his contract, Roma may opt for an early sale to maximise their profit from their wantaway star’s departure.

Otherwise, they would have to accept the risk of losing Zaniolo on a cut-price deal if he enters the final year of his contract, especially considering their awareness of his desire to exit the Italian capital.